Let's Be Us Again

In my previous post Marriage and Money, I mentioned our biggest struggle as a couple and in adulthood has been financially. As much as this has stressed us out and brought us down, I firmly know there are worse problems in life to have. Either way there have been times I've seriously wondered how we escaped financial disaster.

I've shared many stories about when my husband and I first met, but because maybe he was just a boy or they didn't see him enough or he because he was laid off work our first year of dating, my parents weren't big fans of him at first (they love him now so we all laugh at this now) so somehow with my parents quiet dislike of him, him with no job, and then the open rejection of my parents towards  me and my decision to move halfway across the country with him we were in over our heads and just relying on fate shortly after we met. It was eleven years ago this month that the story of us began.

So many posts I've written have covered the story before but as the story goes both our cars broke down within the first month we moved here, our truck we bought because we had no working cars was stolen within a month the day before we started our new jobs in Maryland. We had nothing besides a TV and microwave so we had to finance everything for an apartment. But we were young and didn't know any better.

Those first couple of years out here we had a blast, hanging out with friends in DC and Baltimore and traveling in the summer to wineries, beaches, and other places in the country. Nate is the fly by the seat of his pants, adventurer, act first think later one. I am the financially responsible, cautious, let me overanalyze everything one. Sometimes I think we met in the middle. I like to think we did. We somehow stayed financially a float, have kept steady jobs, and made time for friends, family, traveling, and fun.

We bought our house in '06 before the housing market crashed. In 2008 when we found out we were expecting our first daughter, the housing market had crashed and on our babymoon trip to the west coast gas had reached $5.00 a gallon. As everyone knows luckily we don't pay $5.00 a gallon still but $3.50 is still a big financial punch when you have two people commuting around 30 miles a day. Shortly after that a vehicle of our left us stranded again. This time for two days three hours from home, and we were in trouble with a $5000 car repair for a car that was only worth about $5000 when we owed over $10,000 on it. We tried to maneuver our way out of that one by trading it in for a car that left us with twice the payment because it was at least newer and bigger but also had to carry all that negative equity from the broken car. On top of that we had the added expense of daycare.

In 2013, Forbes stated that 2008-2013 was the worst five years since the Great Depression. This time was a tough hit to many people, and we definitely felt it. Different people are taught that different things are of higher value and importance than others. To some it's punctuality, some it's work ethic, some it's honesty. All of these things are important, but in the family I was raised in a financial responsibility was one of those top character traits. So financially things got tough and tight at times after we added children.

As our second kid came and the first approached kindergarten we knew we had to move. Again you know that story.  It got tighter than ever. We were able to rent our other house, sold our truck for a down payment, bought a house in a community we could raise the girls, but then had to add back another car payment to replace the paid off truck. We've paid bills late before, but we went a stretch where we could barely make the mortgage. Between the two houses one of them was late every month for six months. The stress that comes when you have more money going out than you have coming in can be consuming. It can suck all your energy, motivation, positivity right out of  you and down that unhappy road you go. It's dark and you're lost and you're not sure what to do to find the light at the end again. As anyone knows, money struggle is not good on a relationship. You place blame, what turns in to just wanting to vent to your spouse results in arguments, and it all just mentally and physically drains you.

We live in a society today where the give up method is acceptable. People give up on their marriages, give up on their financial responsibilities, give up on other relationships or interests. And this may be me someday but I'm not a go down without a fight kind of person. We were drowning and some of it was our own fault because besides the ridiculous gas prices and crashed housing market that plagued so many of us, we also had built up a decent amount of credit card debt from all that living life fun we were having (I wouldn't change this though because living and enjoying life is more important than money).

The financial strain was very real to not just us but probably so many of you as well. For us, we were just going to have to suck it up and get out of this. So the part time work on top of the full time job began. The graduate classes to reach our Masters +30 for higher pay (also the benefit of learning too of course) was on top of that at times too. It was not pretty at times. We were overwhelmed, stressed, mentally defeated at times, and just physically exhausted, and I know we took it out on each other at times, which then added more stress because our relationship was strained at times too. As we stretched ourselves thin there were times the quality of our work sucked, things around the house suffered, we worried if the girls were getting enough of our time and attention, but in the end we both knew the other was working hard for each other and this life that was ours.

I know this is not just our story. I see it in my friends and family who pick up overtime, side jobs, and consulting businesses on the side on top of putting themselves through school. In a time where so many things about people today are criticized, there are some people in today's society that are seriously busting their ass to show that they're not going to let the greatest recession since the Great Depression beat them down.

Have we made our way out of this hole? No way but I feel that our heads are finally above water a little more securely. Recently we hit a crazy peak where our full time job were hectic, we were working our part time jobs at the college on the side, Nate was finishing the very last class for his MA +30, and we are in the process of switching tenants on our rental house in the city. But the dust is settling and our feet are a little more firmly on the ground. We're not living as paycheck to paycheck these days (the fall is always tough after summer) with even some fun money around even during this usually tight time of the year, we have an emergency fund that is hard to access but there if we are ever in a very dire situation, our house we live in has equity (!), and our other house is still slightly under water but within two years should start to have equity as well and in the meantime we make a little bit of money monthly off of it, and through the years we've continued to raise and maintain our credit scores into the solid good range. In a little more time with a little more debt paid off we'll hopefully find ourselves solidly in the excellent range.  We are surviving just as so many others that I see are.

We just kept pushing on and we survived. Eleven years ago we were just Nate & Ang, but over the years we've become Mr. and Mrs. Glenn, Mom and Dad, and at times a few other roles along the way. We wouldn't trade any of that but as I imagine most couples know the demands of life can just sweep you away and before you know it you've lost a little bit of yourself along the way.

After a hectic October of high demands at work, working part time at the college for both of us, and working on renting our rental house back out, I decided something else needed to be a priority for a change. That priority is us. So for a night here later in November as part of his birthday present, we are leaving the girls overnight with family for the first time since they were too little to know any different, for a night away to just be that Nate & Ang that we were eleven years ago. It has not always been easy, but we survived, and we survived it together. 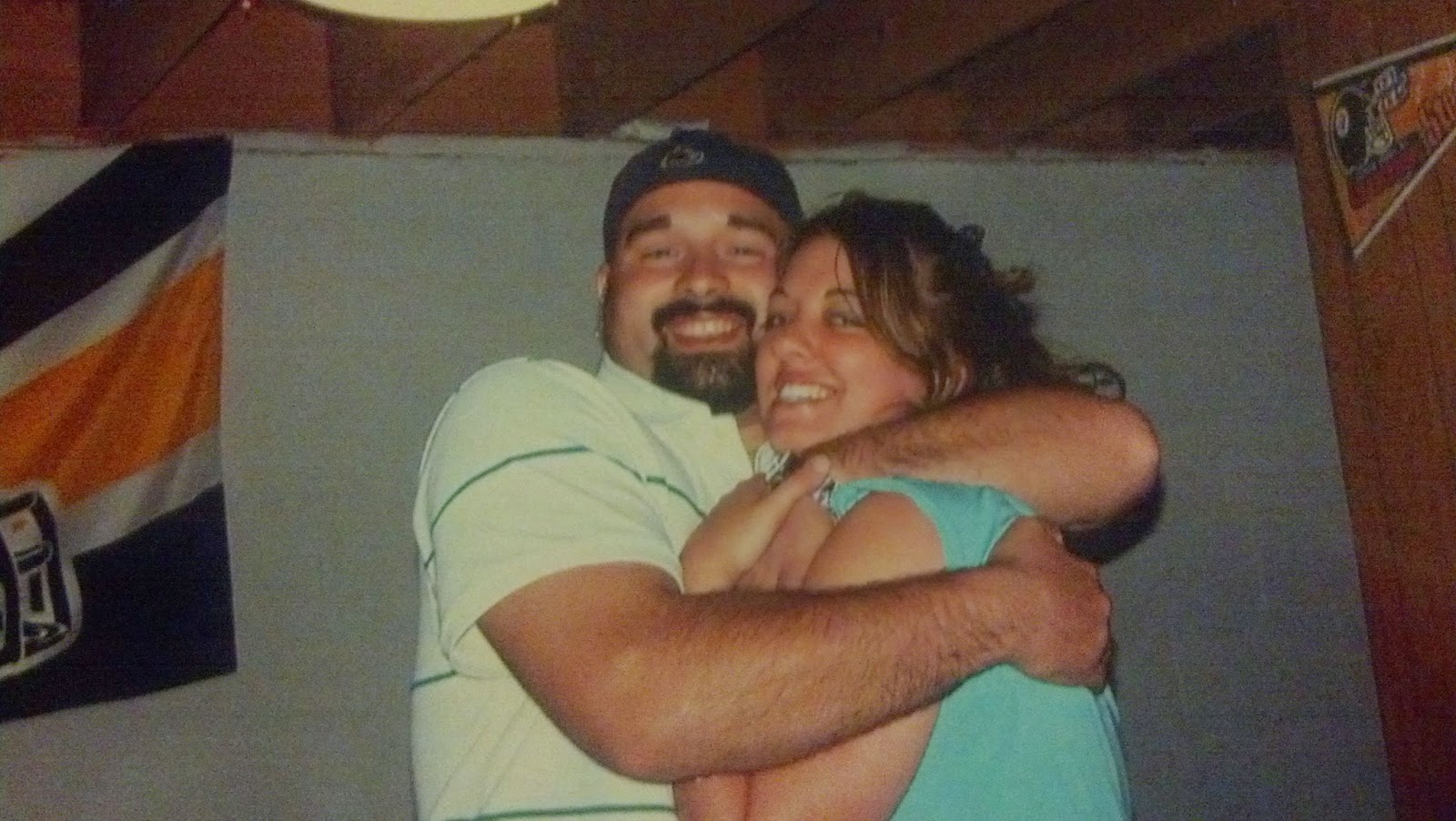 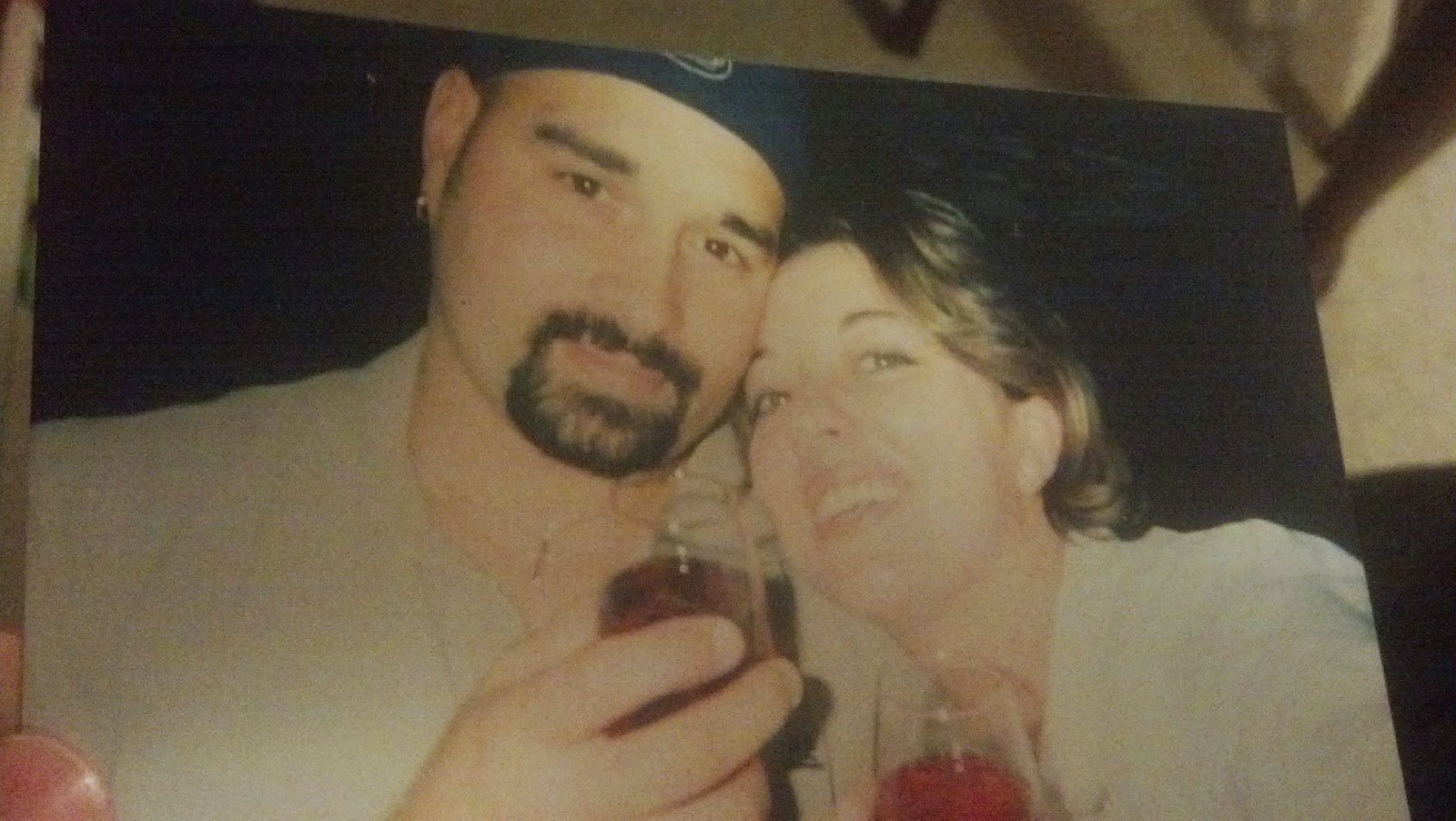 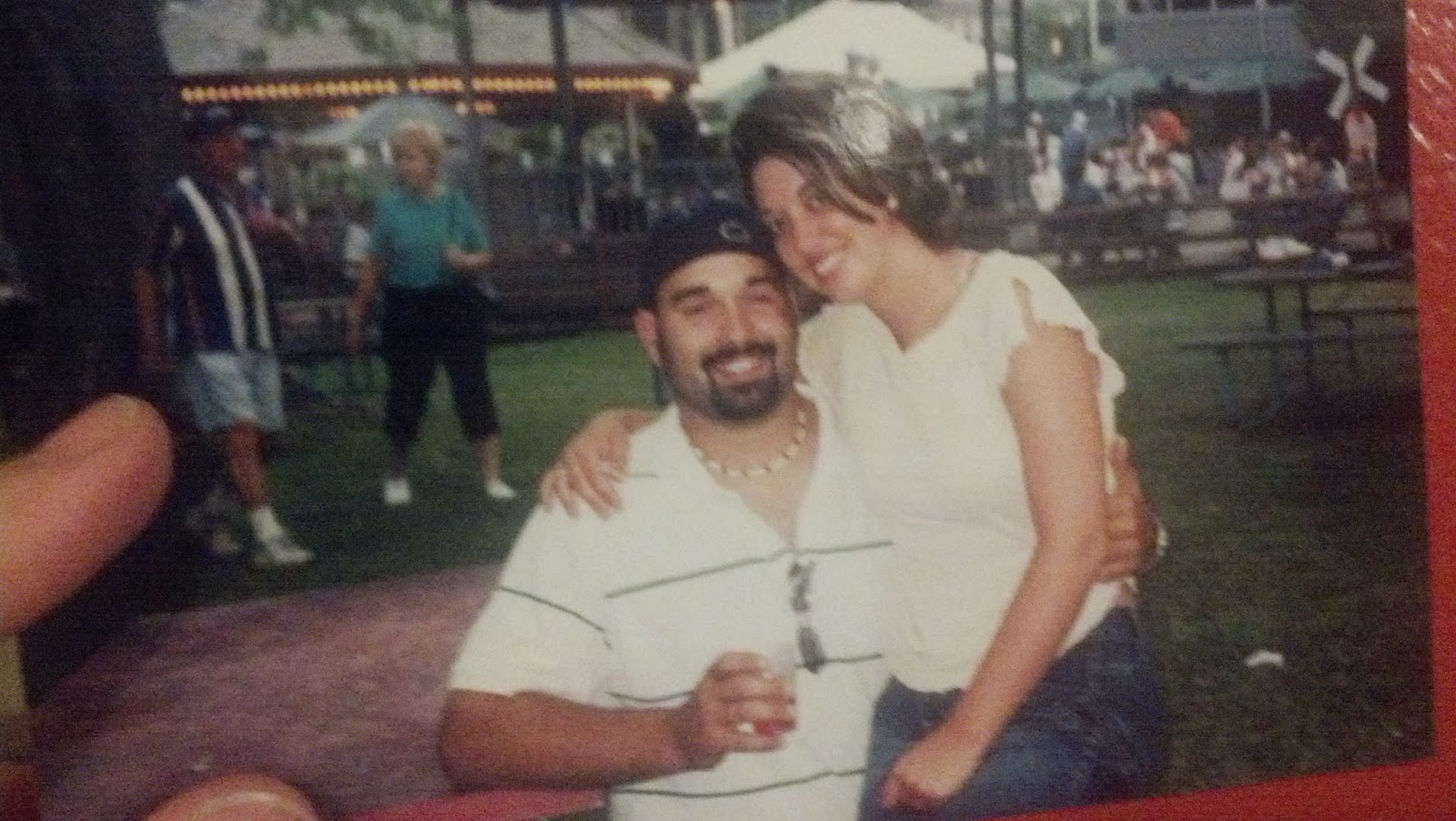 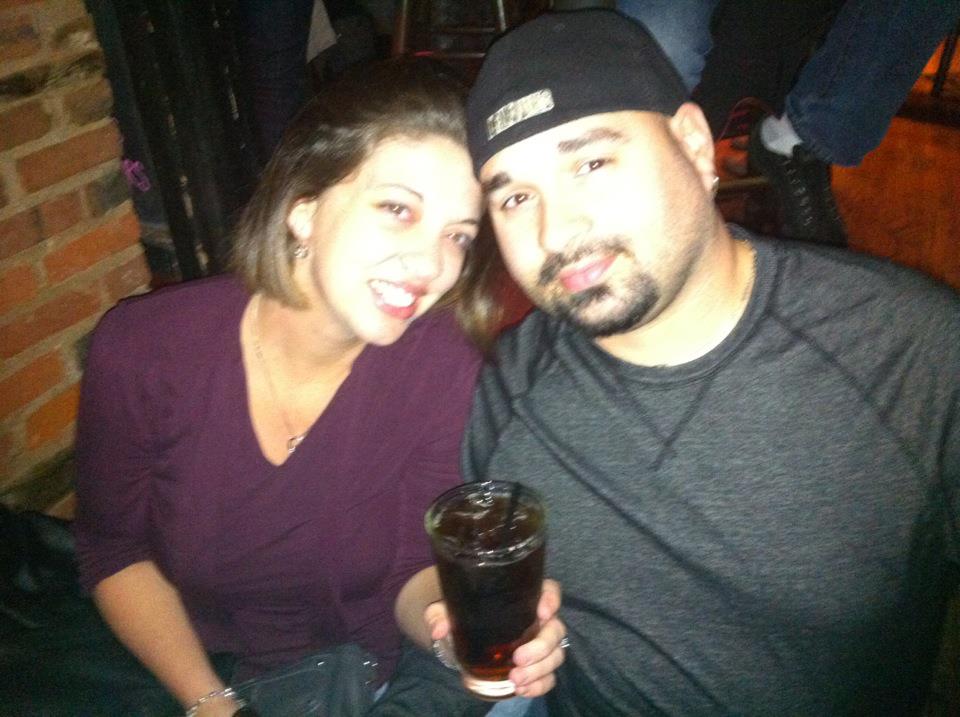 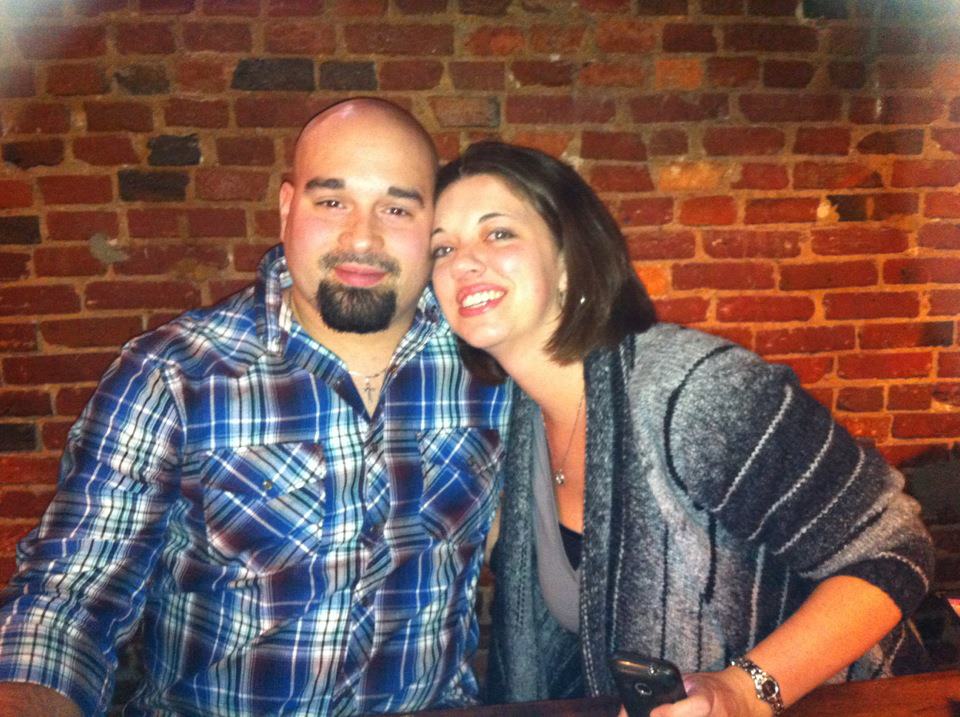 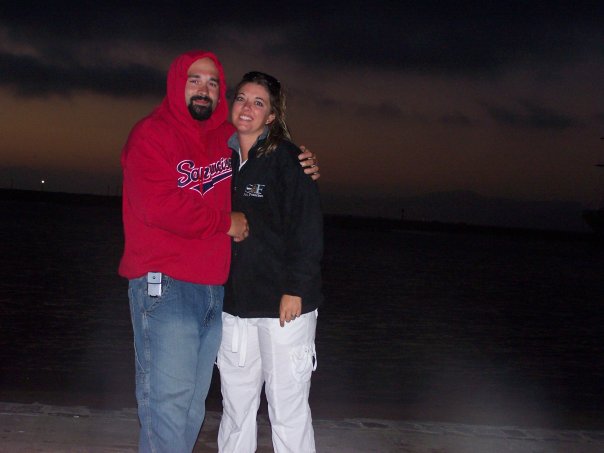 I talk about marriage more in my book, Moms, Monsters, Media & Margaritas, It's avaliable in print for $10. The book is also now available on the Amazon kindle for $3.99 and the Barnes and Noble Nook for $4.99. ﻿

Posted by Stepping into Motherhood at 4:09 PM