The War Within Me at the Fork in the Road

Some of us come to those fork in the roads more than others. I use to think I was one of those that would encounter limited forks in the road because I'm such a planner. My dad and husband like to joke that I probably have the next ten years planned out on my calendar. They're being just a little facetious. One of the things opposite myself I've come to appreciate from my husband is the leap first, think later. And as we've aged fortunately or maybe even a little unfortunately (who ever really wants to grow up) my husband has become more responsible and calculated with his decisions.

As I mentioned months ago in Adult Decisions are Hard we chose a path years ago that I think gives us the opportunity to encounter more forks than I initially imagined for myself. If I had never left home there wouldn't be any question where I'd spend the rest of the my life. But when I stood at that fork in the road the first time I chose to leave, to take the path that would present more forks later down the road, and ten years later I still do not regret that decision. Are there things I miss that I would have experienced on the other path? Of course. Sacrifices had to be made but sacrifices would have been made too if I made the other choice.

Nate and I both grew up in small towns, and there is a lot to be said about growing up in a small town. Not only do we take our children back as often as we can to see the family that is there but because the roots those towns gave us are roots I want my children to understand. In many ways those roots may be more prevalent in their adulthood than where they're actually raised. For some people there is never any choice. They stay and build their families and careers there. I admire that as much as I admire the ones who choose to leave. I'd lie if I say I didn't wonder at times about that path for myself.

After I had my mommy meltdown moment a few weeks ago a reader, who happens to also be someone who knew me personally as a child and teenager, sent me this beautiful long message. In it she understood so much about this feeling of being divided, about this war you sometimes wage within yourself to conform to everyone else's needs and wants or to be true to yourself.  Oddly, it was shortly after this message from her that I heard from Dad, who dropped this hint, that I had recently said something about a five year plan that possibly involved moving back home. Again I find myself divided- do the expected and what others want from me or be true to myself and who I want to be? I find it interesting that her #7 note (remember 3-7-11 are those special numbers to us) of inspiration to me was this; "Never forget who you are or where you came from or what you want to do with your life."  I think this says so much about this fork in the road where we find ourselves.

At the end of last school year Nate started looking for jobs out of state, but he didn't push it too hard because I think we were both uncertain about such a quick decision. As we approached this school year we wanted to use this year to first, get in our tenth year of teaching in Maryland. Second, get a clearer understanding on some things we weren't sure about in regards to either of our jobs before we made rash decisions, and third complete our family before we made any big changes. With all of that complete we said we would feel better about making a more informed decision about what we really want.

Maybe the failure of the third one is a sign. As planned we did become pregnant at the end of the summer and were looking at an April due date. Unfortunately, though we miscarried. We haven't tried again since. Sometimes I wonder is it a sign we shouldn't have three or is it a sign it's not time to make that decision about staying or leaving yet. With some of the things we're considering having a baby at the same time as making that change is not a good idea. This year has helped Nate to see that his goal of promotion is possibly going to happen sooner rather than the later he was told at the end of last school year. There are some positives but also a few negative realities I've concluded from this school year, and either way due to my horrible commute my job situation will change within in the next year or so. I know what I want in a teaching situation now though, and if I can't get that I've also found a career change I'd like to pursue that puts my Masters degree in counseling to work, but again that's a huge fork in the road by itself.

Then there's the question of staying or moving.  I've come to have a great appreciation for experiences. Putting yourself in different situations presents amazing learning experiences and offers invaluable perspective. Settling down finally in one area, one job, one situation for the rest of our lives is enticing in many ways after so many years of change, but I always come back to there's only one life to live. Only so much time to live it. If we moved think of all the new things we could experience. All the new things we would learn from that experience. In one ear I have the voice (all those that want to put down our ideas) telling me that the girls need to be in one place to grow up, but then in the other ear I hear me and Nate saying think of the learning experiences the girls will gain that goes way beyond anything they'll learn in the classroom.

Being the adventurer that my husband is he's started to look into short term opportunities. I know some in our lives that will call us crazy; while others would tell us to go for it. In some ways I think it's the right answer. We could leave for a year or two experience some amazing things and when we're finished there maybe we'll know if we want to stay in Maryland, go home to Missouri or Pennsylvania, or maybe it will be somewhere else altogether. It offers us a whole new career experience, cultural experience, traveling experiences, and probably even more experiences I can't even imagine yet.

Choose the safe path and settle, try for the third baby and give it another year to decide (probably what will happen), or be adventurous and apply now and what happens happens. I also think an opportunity like the ones we're looking at would possibly even be better for the girls when they're a little older for it to have an even more profound influence on them.

Either way the road is smooth right now right where we're standing, and when we're ready I'm sure it'll be an adventurous ride down whichever road we take. 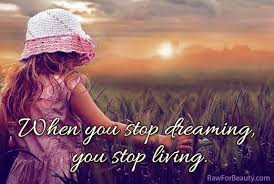 The holidays are coming. Be sure to check out Gymboree, Crazy 8, Little Passports, and Shutterfly for holiday shopping deals.  Also Moms, Monsters, Media & Margaritas  is on sale for $8 through the holidays.   The book is also now available on the Amazon kindle for $3.99 and the Barnes and Noble Nook for $4.99. All sales through the holidays are going to a project for a child in need this holiday season.

Posted by Stepping into Motherhood at 9:23 AM