mountains and beaches...why I love Maryland

I had to spend eight days from the last two weeks at workshops for next school year, and even though it sucked in some ways, it really wasn't that bad. I got quite a few good ideas for next school year that I'm excited to try out and the girls got to spend some quality time alone with Daddy.

This past weekend we went up to Shenandoah to go camping in the mountains during this lovely 100 degree heatwave we're currently experiencing. Luckily up in the mountains it never got that hot even though they were still under the same heat advisory as Baltimore. It wasn't the heat wave that we should have been worried about though; more so the tornadoes that ripped through the region Friday night when we were setting up. I'm not even sure if it was an actual tornado but a storm they re calling a derecho that sounds like a mix between a hurricane and tornado. All I know is the noisy it made before it hit was like nothing I've ever heard. I grew up in tornado alley and I never heard anything like this. And the wind was CRAZY. And so were my husband and I and our friend. I sent the girls to the car with our younger cousin and Nate's grandma while we rushed around gathering our food, bedding, and clothes to keep them dry and staking down tents to keep them from blowing away. In retrospect, I guess we were pretty lucky one of us didn't get hit in the head with anything that could have been flying around that campground with the wild wind. I did end up with a nasty bruise on my leg from some point. After the crazy storm we managed to salvage our food, clothes, and bedding and still get to stay the weekend. It was a really nice weekend. Saturday we all relaxed around the campground and took a scenic drive along skyline drive in the afternoon to check out the appalachian mountain views. It wasn't until we made our way back to civilization that we realized how bad the storm was. A huge amount of people all over the DC/Baltimore Maryland/Virginia area did not have power. Luckily we still had ours when we got home Sunday.

Nate's grandma and cousin were down visiting for the past week so we just happened to find this nice little place an hour south of our house called Chesapeake Beach that we went to Tuesday. It was the perfect beach setting with two little kids. There were minimal waves even though I like the big ocean waves and it wasn't very crowded. It was definitely a nice little beach to go visit again. They were having their fireworks show that night so we ended up staying for that even though we also went to DC the next day for the fourth to see te fireworks in our nation's capital. Nate and I saw them there seven years ago when we first moved here and even though it was really neat to be in our nation's capital and see the fireworks go off behind the Washington Monument it is a once a decade kind of thing. It was HOT. And the crowds on the subway to get home were crazy. It was exhausting but neat to see and I think Taush really enjoyed it and Grandma I think too. And speaking of Grandma, what a trooper! She's 78 years old and she went camping with us, she played on the beach with us, and she walked that National Mall in the crazy heat with us. I think she might go home and sleep a week but I love how at 78 she still wants to go do as much as she can and get the most out of every moment that she can. Now that's making the most out of the time you got. I love it.

It was another fun, adventerous week of summer vacation. The thing I love about Maryland is that we can be in the mountains for the weekend and then off to the beach the next day. Can't find that in the plains of the Midwest. This has become the summer to explore the state we've decided to make home to our kids. Nate and I love to travel and see new things, but now that we have kids there's some places on our tour list we'd like to put off until the kids can enjoy those places with us. I was kind of bummed that we didn't have a vacation vacation planned this summer to somewhere new that we've never been, but it'll be better to see those places in the coming years when the kiddos can enjoy them with us. 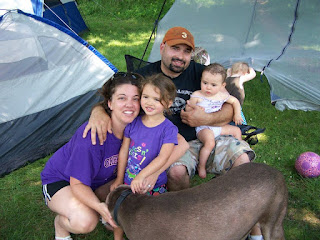 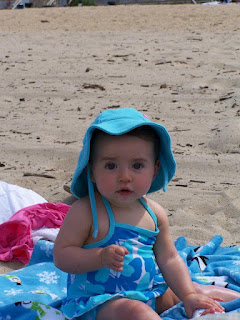 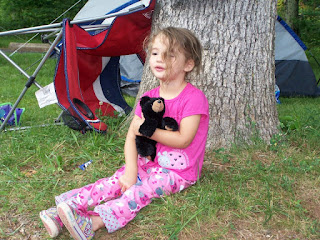 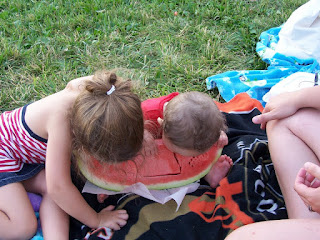 Our vactioning for this year is visiting grandmas and grandpas, and tomorrow we head out of town for two weeks. We're off to Virginia for the weekend to see one of our good friends get married, then off to my aunt's in Kentucky to visit her and my grandma, and then onto Missouri for a week with my family. Averi's super excited to see her Papa, Nene, Addi, Aunt Tete, and Aunt Kelly. It 's going to be Kenzi's first looong drive so let's hope this goes smoothly.
Posted by Stepping into Motherhood at 10:46 PM