We are winding down closer to the break. Thank God. I know every year I say I don't think I have ever needed a vacation as desperately as I do this year,but I think that is really truly the case this year. Nate and I both are extremely exhausted and overwhelmed. He s in a class right now that meets every Saturday between Thanksgiving and Christmas, which also means he has to cram all the work into those four short weeks.

We're trying to get ready for the holidays, getting ready to move, have to get everything ready at work to turn around and be gone for a week after I go back in January for Tam's wedding, getting to the point where I need to do things for Tam's wedding.

And Averi I think is picking up on our overstessed, overwhelmed vibes or we're just really that impatient with her she's misbehaving a ton lately. She's even had four accidents in this four week stretch, and she hasn't had an accident since probably the summer sometime. Then on top of it all, her school was randomly shut down this Wednesday and we have not heard one thing from management on why or when it'll be back open. So she's back at Kate's right now, which is saving me a ton of money, which is helpful, but I don't want her out of school for too long so we need to figure something out with that.

Kenzi is finally a walker!!!  And she's so proud of herself. She was taking steps at 12 months but she's definitely walking a lot more now. She still walks on her knees and crawls quite a bit too. I see now why my family was so amused that I walked on my knees. She can really get to moving.

Averi had her first dance recital. It was really cute and she did well. She definitely likes her dance and gymnastics at this age. Planning on putting her back in gymnastics this winter and probably dance but have to find programs near the new house for everything.

We leave next week for Pennsylvania. I'm excited for Christmas but I feel like with Tam's wedding and moving still coming in January and February, getting ready for the holidays has almost been more stress rather than something enjoyable. Ave and I (one weekend with her daddy) have made some kind of Christmas cookies every weekend though. We're making peanut cup ones this weekend. They'll both be fun at Christmas this year though. Kenzi is such a happier one year old than she was a baby. And it's suppose to snow while we're there so I'm pretty excited about playing in the snow with my kids.  Here are a few pics of us getting ready for the holidays. 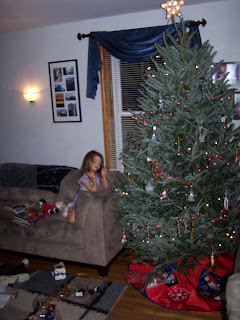 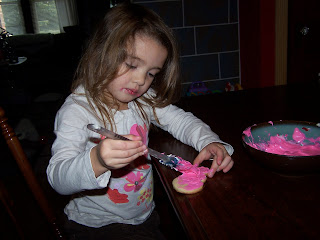 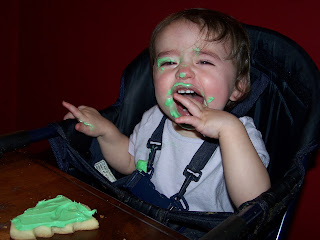 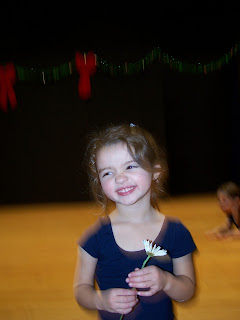 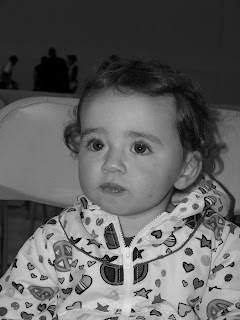 Posted by Stepping into Motherhood at 8:17 PM