Being the 21st Century Woman of Today

I am raising two daughters in the 21st Century, which after centuries of oppression with our very first woman presidential candidate regardless of your political affiliation, it is indeed a great time to be a woman. However, as much as I am a feminist, all about girl power and women's lib or whatever you want to call it, I often find myself asking what do I teach my daughters about being a 21st Century woman.

My sisters (their aunts) and I are career moms. Two of us have master degrees and the other went to trade school and now runs her own business. We were three girls raised by traditional 20th century parents in the Midwest in which the dad worked and mom stayed home (at least the first ten years when we were little before she reentered the workforce part time and eventually went full time as we entered our teenage years). With neither of them having a college degree they did not push college on us at all. They didn't discourage us but there wasn't a lot of stress or emphasis on a future career. Even though I have never outright asked them I often imagine the thinking of the time was something along the lines that because we were girls the social expectation was we'd marry, have kids, and be home as many of the women they were friends with at the time also stayed home and did not have any, if much,  post secondary education. Even my dad's two sisters with college degrees stayed home the first ten years or so, living the 20th century traditional family lifestyle, and I believe they were the only women I knew growing up that had college degrees.

However thirty years later than when my mother was home raising three girls the expectations are so different; life is so different. As much as I love being a 21st century career woman myself and admire and look up to the amazing 21st century career women my friends and classmates are, a part of me sometimes wishes I hadn't been so ambitious, that I was contend living a more simple life because I also know others here in the 21st century living life like my mother use to. Some didn't accumulate college debt, they get to be home with their babies all day or work part time jobs that are just jobs, and they don't carry half, if not more, of the family financial burden. I envy them in way; their life is simple in a way I often wonder is easier and more content than being the  21st century career woman. However, I also believe there are pros and cons to every choice.

The beauty is in today's world is they have a choice to be 21st century career woman or the more traditional 20th century woman. But I also know either way they'll face moments of feeling like it is not enough or feeling like they're not enough. They will doubt their choices, second guess if they've done the right thing. The guilt will swallow them at times and though the mommy wars of the 21st century may appear to be about if the working mom or stay at home mom has it harder the real mommy war will be within themselves about whether they should model their life after the more traditional 20th century woman or the supposed 21st century superwoman. The road is hard either way.

Whether that's correct or not, I'd rather teach them doing what makes them happy in this new world of competition and social media generated mommy wars is what will make them successful. Because they live in a time of choice it is their choice to decide what the successful woman will look like for them. I want to teach them dedication to their family, being true to themselves in the choices they make, standing up for or representing the right things in this crazy world of ours today can make them just as successful as the roles they attach to their name. I want them to know that success and happiness looks as different for each of us as the color of our hair or eyes or anything else that makes us who we are. 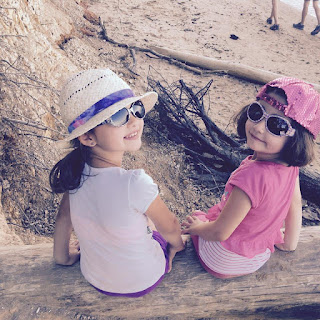 Read about all things motherhood in my book, Moms, Monsters, Media, and Margaritas

Posted by Stepping into Motherhood at 8:08 PM