As little girls we imagine our future adult married life as some version of the fairy tale we watch on Disney. There are days I'm on cloud nine and life does feel even better than the fairy tale.

You look down and you're not in some beautiful wedding gown dancing the night away with that prince on your wedding. You're in sweat pants with a tiny hole in the butt you hope no one notices when you walk out to check the mail. Your shirt is covered in sweat because your "prince" thinks the house is too cold yet you're sweating your ass off in the sweltering heat of the house as you work  like Cinderella. There's some other crap on your shirt too. But  you're not sure if it's spit up, you missed your mouth earlier, or if possibly it literally is shit from the last diaper change???

The evil stepmother of the story. Come to find out it's you! At least the children may think you're the evil stepmother with the nagging of them to clean up after themselves, telling them to help out with this and that, and reminding them constantly to take care of their own damn stuff.

In the fairy tale we were suppose to be saved from our life of servitude around the house, but rather we realize we just signed our eternal sentence to household servitude for the rest of our life. More days than not our life resembles Cinderella's before the fairy tale wedding as we slave away over mess after mess.

Where is Prince Charming is this fairy tale life? Charming seems to have forgotten the meaning of charming. Because Prince Charming isn't so charming with the smelly bombs he so kindly leaves in the bathroom right before your longed for few minutes of a peaceful shower or the times he likes to trap your head under the blanket while he passes a little gas. And Prince Charming despite his possible amazing athletic skills cannot manage to toss his dirty clothes into the hamper.

Sleeping together is literally maybe a good night's sleep with no kids in the bed kicking you in the back or putting their butt in your face or sleeping on fresh sheets that finally required emergency washing because a miniature offspring either peed the bed or threw up all over everyone in the middle of the night in which case you were both some warped version of the evil Stepmother and Cinderella all rolled into one.

Or let's be honest rather than kissing prince charming sometimes you catch yourself contemplating those memes that ask you how you would secretly kill your spouse. Not that you would but thinking it is just a way to have a safe place to put your anger.  The swooning is over; now he drives you so crazy you swear you see red. But then you know he's thinking the same thing and wonder what secret method he would use to take you out. So you think maybe if I tell him how I would do it, he'd tell me how he would do it. You know it'd be a fun date night conversation, right?

Until you finally get a night out alone and as you're drunker than you've ever been and feel like you're at death's door you think "Oh, my God, this is how he's going to do it! He drugged me!" He's taking me out before I can take him out!  So as you drunkenly accuse him of trying to "off" you, and turns out your date night was just a memorable disaster for the story books later. You realize maybe the fairy tale was really suppose to be a comedy.

Turns out the fairy tale isn't so glamorous most days. But you also know you wouldn't have ended up you without the influence of the other and when you're both on and on the same team and not trying to take each other out you really are better individually and as a team. Especially when you try to tackle those pesky villains---oh I mean children---- together. 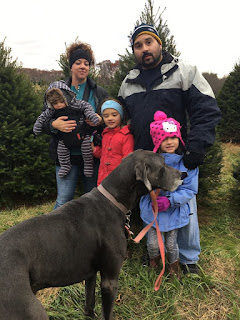 Keep up with Stepping into Motherhood blog posts, new article and essay publications, and any upcoming book events with our 2017 newsletter!

Click here to get our new 2017 newsletter delivered to your inbox!
Posted by Stepping into Motherhood at 5:54 PM