I saw the look of fear in her eyes. First that he slipped under the water, and then again as she looked around to see who had possibly seen her quick moment of maternal failure. As she yanked him upright in the water I told her, “My son just took a dunk too. They’ll both be fine though.”


She adjusted the hijab on her head and her now wet clothes as she nodded. I offered her a smile and her apprehension- whether towards me as a stranger or her sudden heart failure at her son slipping in the water- seemed to subside. She moved her son back closer to the edge of the pool so she could sit on the ledge like I was.


“Mine turns a year old in a few days. First boy. They’re a little more of a handful than girls I’m finding,” I said. She nodded, still seeming hesitant at my attempt for conversation.


Her son splashed in the water near mine. My son mirrored her son’s motions and before long the two were slapping at the water, giggling at the constant spray of water. “If only adults interacted like children,” I thought.  I looked around the crowded water park. As the children played they would make new friends. I could see my daughter going up and down the little kiddie slide a few feet away with a little girl she just met. She’d run up to me in a bit like she usually does and tell me how she made a new friend. That’s the way children played. They didn’t know religious, racial, or economic differences. They just saw someone fun that was willing to interact with them. But in the adult world we not only saw the differences but as the recent political climate has shown we attack those differences, thinking one made someone better than another. If it wasn’t our own judgments and bias preventing us from opening a conversation about our differences it was the judgments and bias we felt passed against us.


I grew up in the middle of white middle class America. I left home at 23 on a search for America. I wanted to see her sights, understand her history better, explore her culture, and meet more of her people. Even though I experienced my first culture shock on the outskirts of Washington D.C. where I found myself surrounded by people of varied races, religion, and languages, I’d learn to see her differently everywhere.


But as much as I came to appreciate and see the beauty in her diversity I also came to see how divided we were as a country in who we all saw America as. Some saw Syrian refugees as a threat to our national security; whereas, I saw the boy that sat in the back of my American Lit class that wrote a beautiful story about leaving Syria at the age of five to come to America for better opportunities. Whereas some saw Muslims as terrorist, I saw the boy that stayed after class almost every day to put up the chairs around my room after all his classmates left for the day and would tell me to have a nice evening or weekend as he left.  Some would see a random black man walking on the street as a possible threat, but I saw the big tall black kid in my class as one of the biggest gentle giants I had ever encountered in my life who loved to talk to and tease my daughter when we attended his wrestling matches. Some saw the Hispanic immigrant as the one taking what was “his” or “hers”, but  I saw the immigrant girl in my class as one of the hardest workers I’d ever taught as she valued her education as an opportunity to make herself a better life. Some saw the poor kid on free and reduced meals as someone expecting a handout, but I saw someone that had been dealt a crappy hand out of her control that approached each day with a hope and positivity so many others dealt more lacked. Some saw the homosexual boy as just acting out for attention, but I saw a boy that just wanted love and acceptance like everyone else.


I first truly found America in those diversified classrooms of America’s youth, but as I searched to understand and appreciate her better I began to see her more. I started to see that she was everywhere as I traveled back and forth between the East Coast and Midwest. She was there in the farmers I saw working away on their fields across the plains of Ohio to Missouri in the hot setting July sun. She was there in the way the wait staff greeted customers with their southern hospitality in the mountains of Tennessee.  I saw her in the big hopes and dreams of the strangers I passed as we walked the streets of Hollywood. I saw her in the people that made it their life’s work to revitalize their small downtowns or their communities and schools. America wasn’t just a color of white or dark skin; she wasn’t just a religion of Jewish, Christian, or Muslim; nor was she who she was just because she was rich, middle class, or poor. Who America was wasn’t based on a race, a religion, or a certain income level though it seemed we saw her that way first. Rather she was a strong work ethic, she was hope, she was community, and she was acceptance. She was all of us- working towards achieving something the world missed. America’s hope was to achieve unity in our sense of work ethic and compassion in a world too often divided by our differences.


When tragedy has stuck our nation over and over again, as has been the case all too much recently, the heroes that stepped forward to risk their own lives and offer help were of all races, religions, political parties, and social classes. We all bleed red, and just as evil lurks in humanity regardless of the labels placed upon us as people, the heroes are cloaked in all labels of humanity too. It’s not skin color, political party, money, or even our religion that separates good from evil but what lurks in our hearts and our minds. The light and the darkness is there, hovering on the cusp of who each of us can be, and though it may be easy for some to always choose the light, our true American humanity shines through when we reach into the darkness to help pull one another deeper into the light of hope.


I looked at the kids who made new friends as they played in that water park in the middle of Wisconsin in the middle of this country that I loved and hoped that maybe they would be the generation that could put the division of our races, sexuality, and religion behind us and be the kind of America she was always meant to be. Here in the hearts of our young is where the hope and acceptance of what America was lived. They were not cloaked in their skin color or their differences but in their hope for something better. 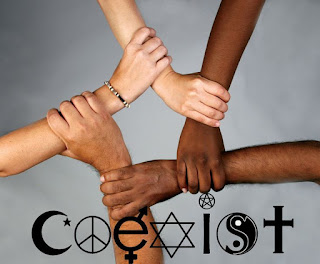 
Posted by Stepping into Motherhood at 3:56 PM