I mentioned the other day that I can go from rock star to falling star like the flip of a switch. My emotions swing from pretty high to pretty low pretty quick as well. I would say that's the case these days but I've probably been that way for a long time. I feel that being a negative, cynical, borderline depressed person is a genetic trait I have to focus on overcoming on an almost daily basis. Because of that certain people or types of people can easily rub on me the wrong way and bring on that angrier, negative side of myself I work so hard at controlling. Certain stressful situations also makes this internal battle sometimes a daily war with myself.

A friend of mine posted this meme the other day about how everyone has a chapter in their story they don't let others read. I found it incredibly fitting for myself because as much as I'm an open book with my writing on here and in general I mentioned how I have two unread chapters, but because they involve others' personal situations and stories I don't share them. They're not my stories alone to tell. Unfortunately, if me and them could ever get to a place to fully confront those stories together it'd possibly have the potential to change mine and their life for the better. But it's really hard to see the flaws in ourselves and to confront those flaws so all I can do for now is work on myself. However knowing those stories I think would clarify this sometimes daily struggle I have with myself.

I don't even remember what actual event lead me to claiming rockstar status the other day. Maybe it was another one of my essays making it to the final selection rounds of Chicken Soup for the Soul's upcoming book. I think there's one more round of cuts before the final essays are selected though I had to return a contract already the other day. It could have been my excitement of hopefully getting published with them again or maybe it was sticking to my workout goals these first six weeks back to work. Or maybe it was the two compliments I got at work with my yearbook class. But whatever it was I also added that I knew how easily I could go from rock star to falling star. I hate failing. I take it hard. I remember that ball player that would cry over losing the big game. I know we win some and we lose some. I know we succeed. I know we fail. However, 35 years old or not I still hate to fail (think that s why I took that depressed, struggling year back in 2012/2013 so hard) and  I am a sore loser.

I knew I was hanging by a thread heading into this week. The baby doesn't sleep much at night. My grandfather is down to what we believe are his final days, and though we said our good byes when I left in August and he thanked me probably a half a dozen times for bringing the kids up to see him three times while I was home it's still more upsetting than I thought it would be. Some of it I think is hearing how much he's suffering here at the end. He's so ready to go. I know it's hard on my dad to see him like this, and that breaks my heart too. I know my aunt doesn't want him to go, and she's his little girl so I can't blame her. Pretty sure I'll want to hang onto my dad down to his last miserable moment even though he always tells us he really doesn't want to live to be too old because you're not living at that point. But I just want my grandpa to have peace at this point. Besides his little girl he always made my sisters and me and my cousin feel like his little pride and joys. We won't ever forget that. There's another meme that floats around saying something about how it's not about what you do but how you make people feel. So thanks, grandpa, your support of us always made us girls feel special. But, please, I know you're angry these days about your situation, and I know you love my dad so much. Please, please in these final days make sure he knows it. And one last request when you get to the other side and you and Grandpa M are sitting around similar to that picture of you two that will forever hang in my hallway capturing you two in your better days come pay your namesake a visit. I didn't know when I named him after you two he would have your stubborn personalities so please convince him sleeping at night is a good thing, and even though I maybe deserve a stubborn, sometimes difficult child or two like myself I could use the break.

On top of the baby and my grandpa,  sickness has started going around my house and my observation was this week. I just did not have a good feeling headed into it. It was with my worst class. I haven't seen a group of students this unmotivated since I left my old school three years ago. Pretty much the conclusion of the observation was I need to own my students' behavior. Them wanting to be on their phones, them thinking there's no point in doing class work because of the new grading system, them just not giving a shit about their own grades or learning is on me. This reminds me of when Kenz was a screaming, colicky baby and it felt like everyone thought I as her mother should know how to make it stop. Now years later I see it was just her personality coming through. Now I face the same thing with Lincoln and his sleep issues. All these I should do this or  I should do that. They're well intended but more times than not I can tell you it's just who he is. All kids even as babies, trust me I can attest to it with all three of mine, have their own personalities. Yes as parents and teachers we can guide them, but kids have a mind of their own. I have to work hard as it is to control my own behavior, but the expectation that I can control a kid or anyone else's is pretty limited.

Just like I can't make the people in my two untold chapters confront their own flaws to move forward I can't change the behavior of other people. I can't change who my students or are who my own children are. I can't even fully change who I am- overly emotional at times even though I can put on the tough bitch mask in person like no other (most of the time), hot tempered, impatient with waiting but overly patient with tolerating others poor behavior.

So I know for those of you that are so wonderful at supporting me in my crazy emotional roller-coaster ride that is just me in general that I have been all over the place with being up and down and back up then back down so sorry for the crazy ride, but as always if you want real that's what you're going to get from me.  I like to think I know myself well, and I knew going into this year it would be tough, but I was going in with a positive attitude. As the weeks have passed it's like one thing after another wants to chip away at my goal of positivity to the point that I feel like I first went from sprinting in motivated excitement towards some invisible finish line, to hobbling as the stones of defeat were cast, to now army crawling my way to that invisible line. The defeat this week hurt.

I can put on the mask which usually involves sarcasm or misplaced anger at someone, but here is where I've always let myself be me.  For those that can't take the emotional pendulum that is me sorry but not sorry. But more times than not people appreciate my candor, my willingness to be open and to share the reality of struggling. Because my story is not yours and yours is not mine but we all struggle. Sometimes it feels like every day is a fight. A fight with ourselves to be who we envision with who we are in that moment, a fight with being who everybody else thinks we need to be verse who we are, a fight to get over the failures and the let downs and get back up and move forward.

So this week I failed. I feel like I failed at my job, I definitely failed as a housewife as the dirty dishes in the sink can attest to that, I'm not doing very well in the marriage department at the moment, my uncharacteristically crying seven year old and my four year old putting baby food in her brother's eye and not having a six month old sleep through the night might be indicating I'm failing motherhood at the moment too, and I even failed at being the damn tooth fairy this week.

I worked too hard to get in a better mindset and get my confidence back so I have to let this go. It's just a moment in time. It will pass, and there will be better days ahead. 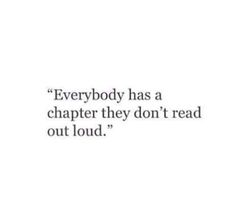 Posted by Stepping into Motherhood at 10:41 AM