I Didn't Think You Loved Me Anymore

As many of you know we had quite the traumatic experience (insert sarcasm) here when my oldest daughter decided to cut her little sister's hair. The two the most traumatized were me and my oldest daughter. The poor child that had to go around with a butchered mullet for over a month was too young to realize how awful of a haircut her sister really gave her so she escaped the experience with little trauma. I was traumatized because every time I saw Kenz's butchered hair I wanted to cry for those precious curls that were now gone. Averi however did cry for a good half an hour. She knew I was upset and horrified at what she had done. She still refers to it as the moment I didn't love her anymore.

I still remember the first time she told me this. It made me want to cry. Then tonight when I picked her up from school, I got the first bad report this school year form her teacher. The teacher reassured me that it wasn't enough for her to move off of green. (For those non elementary parents, the green, yellow, red color code system is a behavior reward chart to keep them all in line.) The teacher informed me though that she was surprised that Averi was not listening, had to be told to do things more than once, and had to be told  to settle down. When you're a teacher and you deal with everyone else's rowdy, sometimes quite rude and misbehaved children, you have little tolerance for your own child being anything but a polite, little obedient student. I told the teacher any problems tomorrow take her off green. She'll be sad, maybe even cry, but if she's not listening don't hesitate to show her that behavior is unacceptable.

However, I think it will be awhile before she forgets to listen and act out of line. As soon as I got her in the car, I didn't yell at her, but she knew from the tone of my voice and my disappointment that I was not happy with the report from school. She did not say a single word on the drive home and silently cried in the backseat. Then later she asked me if I was happy again and still loved her :( .

When I flipped out about the hair I maybe got a little exciteably loud. But I did not yell at all today, and as I told her teacher, she is such an easy child to discipline and correct because she wants so much to please. She has always been a child that's received lots of positive attention so when she sees you're not happy with her she tends to take it pretty seriously. However, I don't want her to think our disappointment means we don't love her. I told her each time she told me that we always love her, even when she doesn't act the way we expect her to. I never connected a  parent's disappointment to them not loving a child anymore but more they're disappointed because they love their child so much. Disappointment, rather than anger, has always been the thing to impact my behaviors the most. When met with someone's anger I just get defensive and want to retaliate, but when faced with someone's disappointment it's always lead to me actually think about my behavior and the result of it. I want her to understand when we're disappointed with her but I don't want her to think that means we don't love her. However, she's only four so how do I get her to understand? 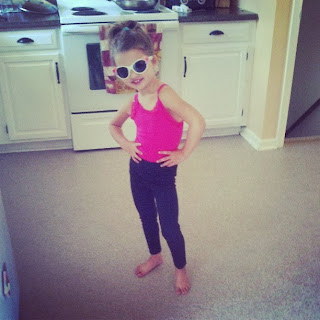 Recent posts you might have missed
Holidays Gift Ideas and Deals
The Working vs Stay at Home Mom Debate
Posted by Stepping into Motherhood at 6:51 PM