The Battle of Home 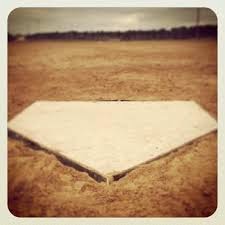 This upcoming week is like Christmas around here. Not only are we going to the beach and the Walking Dead start back up this weekend but both of my home teams face off in the AL Championship this weekend.

I know sometimes in our society we put too much emphasis on professional athletes and sports, but there's something about the run for championships that is just magical. As any athlete knows the adrenaline rush in little league and varsity sports is such an amazing high, and even though we're not the ones taking the field for such an amazing moment, it's still a magical moment for us fans. Even though we may sometimes put too much value on professional sports, I've always felt sports were such a great teacher of life lessons like perseverance, teamwork, faith in yourself and those around you, and the lessons that are learned on those playing fields go beyond those glory moments. These two teams are two underdogs that have had to fight their way to this top moment. As they've persevered, worked together, and believed in themselves and their team us the fans have been swept away in the excitement that is baseball in October.  They both worked hard for the amazing match up to come.  For these two teams, the Royals and the Orioles, this is a long overdue and well deserved moment.

I'm excited for both of these teams and all their fans. My Facebook feed is going to blow up this week with all the excitement coming from both sides. For those that don't know I grew up in Kansas City and have now spent the last ten years of my adult life living in Baltimore. Even though I have been to both Kauffman and Camden Yards over the years, unfortunately, like so many other things since we've had kids, we haven't always made a game every year. However, this year we were fortunate enough to catch a game each for both the Royals and Orioles.

Even though I plan to support both teams by wearing my Orioles jersey and Royals hat for the next week, I am leaning more towards one team than the other. No matter who wins I will be beyond excited and the World Series for me is going to be awesome because one of my teams is going. Not only am I leaning towards cheering for one team maybe a little more than the other but I also think that one is going to win. They have some amazing magic going on at the moment, and I think this is their year.

So even though Baltimore has been my home for almost ten years now, you can take the girl out of Missouri but you can't take the Missouri out of the girl so the team that I'm rooting for just a little more than the other is the Kansas City Royals!!!
Posted by Stepping into Motherhood at 10:07 PM