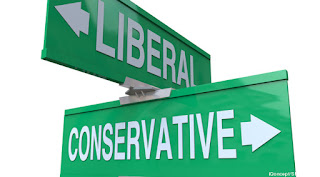 The political wars over the upcoming presidential election are like a spreading fire of hate across social media. The sides are so extreme. History is being thrown out left and right with name calling, and everyone thinks the other side is the one that will destroy American society.

I don't really know if we need a politician to do that; sometimes I think we do a good enough job on our own as the social media wars have shown. I'm just as guilty for throwing my hate comments and name calling towards candidates as the next person. It's really hard to care or have a strong opinion in this election.

Here's my argument. Yes, we need to take care of the good of all of society, and this includes maintaining and improving with better regulations and accountability in place government programs that many want to label as welfare without truly knowing all the details of what welfare is or how it's managed. Life is not fair; if some people just had a little help they will work themselves to greatness. I read the story of a refugee who will be speaking at our school system's State of the Schools Address here soon, and she is just one example of countless others that yes had a little help from the American government and is now a thriving A student with goals and plans to be a great contributor to American society.

But on the other hand we there still needs to be incentive in place to motivate individuals to want to achieve greatness for themselves. As an educator because we work with immigrants, minorities, and children from poverty stricken situations we know the faces of people that need these programs to find their way. We also know the negative labels that society believes fits all in these categories. However, as educators we also know kids need incentives and accountability to push themselves to be better. If you don't have incentives whether it be grades, money, or the things money can buy as materialistic as that sounds people won't see the point to push themselves to their full potential. Just as it is not right to give someone the exact same grade for completing a class rather the grade they earn we have to have incentives which honestly in our modern day society is money in place. We do still have to care about the individual and what motivates them and work ethic still has to matter. Work ethic though is not a reflection of whether you may need help or "assistance" at some point. I know people, people that I'm close to and even family, that has had to rely on government assistance or programs at some point in their life, and believe me they are hard workers who rose above their situations (they were gifted into a life of middle class ease like myself) to do well for themselves.

We need the compassion the liberals seem to be standing for but we still need the individual and their personal motivation that the conservations seem to be standing for. We can have compassion and accountability. Part of that does start with our youth and not being so soft on them when it comes to participation trophies and the endless game of passing kids through because failures reflect badly on the school system rather than the student. There is an entitled, dependent thinking problem by some in our society but we don't erase that with hate and labels on particular classes of people. Just as work ethic comes from people of all races, socioeconomic backgrounds, genders, and religions I've also seen that entitled attitude come from people of all races, backgrounds, genders, and religions

So yes, we need compassion in our society. Not bigotry labels against anyone that is not a middle class or above white Christian, but also not a soft society that makes the individual so dependent on the government that there's no motivation or incentive for individual greatness and success.We need a balance between compassion and incentive for our society. We can't ignore the individual but we can't abandon those in need either.
Posted by Stepping into Motherhood at 6:04 PM