The Mom Life of Working Out

Three years ago this month I stepped on the scale and weighed more than I weighed nine months pregnant with the girls. I had thrown my scale out when we moved a year and a half before and that year that followed was pretty rough so I figured all that junk stress eating wasn't doing me any favors. With having to pick up a 5 hour a week/ two days a week PT gig on the side I had given up even more on working out than I did when I went back to work after the first baby five years before. I hated seeing pictures of myself because though I didn't have the scale to tell me I could see myself getting plumper with each picture.

That number on the scale was a smack in the face that if I didn't like it I better do something about it. I had beach body's Insanity from someone I don't even remember so I started doing the video workouts. Though the Insanity one was longer than I liked and I skipped parts I liked the idea. With two young kids at home, no family around to send them to while I went to a gym, and a husband that worked later than me it was the perfect convenience for my working mom life.

So for the next year on and off I worked with Insanity or did cardio outside. Except throughout that year I got pregnant and unpregant with two miscarriages so I wasn't very consistent and throughout that year I would sometimes go a few months without working out. But by the time July of 2015 rolled a year later I had managed to lose about ten pounds. Then I got pregnant a third time. I don't remember how long I kept up working out pregnant but pretty sure it wasn't very long. In April of 2016 we had our third baby and only boy. Because my weight with the lost pregnancies and inconsistent working out had been up and down so much I really don't know how much weight I gained with that last pregnancy but by the end of the pregnancy I was about 44 lbs from what I weighed before I entered this motherhood arena.

I had it in my mind though that once we got through all the tribulations we went through with that third baby I was going to fully commit to myself and getting in better shape. Now here I am 15 months after my last (and forever last) baby and three years since I stepped on that scale. I've had some victories and setbacks along the way.

First, I hate the damn scale. Why do we obsess about that damn number, ladies? I know I shouldn't but we waste too much time worrying about that damn number. Then it seems like no matter the number we want it to be just a little lower. Then what's ironic is my goal numbers I'd be ecstatic to hit now I use to be critical of year's ago. The scale was the worst invention ever. I've seriously considered not keeping one in my house again but it has helped hold me accountable with keeping my consistency the past 15 months.

I've learned to focus on my progress with the other numbers too though these past 15 months. Others with beach body encouraged me to do measurements of my waist, hips, arms, and legs because sometimes those numbers tell you more. The other numbers would be clothes sizes. This is the one that reassures me the most. I had to move up a size when I hit that weight gain peak in 2014. This past year I threw those clothes out and had to buy in my previous size.

My favorite number though are the workout numbers. The fact that for the past 15 months I have worked out 3-5 times a week every week but five weeks. Each time one of those weeks passed I got right back on the horse. I've upped my weights, I can go through a whole workout without stopping or skipping like I did when I first started, and I've even clocked in running over two miles a few times. That s right. I ran! I hate to run. Now this is a new development so we'll have to see how long it will last.

Those workout numbers are my victory. Between beach body videos, we now have an elliptical, and the Runkeeper app my husband installed on my phone that challenges me to run and beat my past times these three things give me opportunity and flexibility to keep going, to make this the permenant lifestyle change I was hoping for three years ago. I feel confident now that I can make working out a part of my mom life on a regular basis just like I did almost a decade ago before kids. In the past three months my husband also jumped on the working out lifestyle train with me. For the past three months he has also committed to working out 3-5 times a week between hitting the gym and running a few miles in preparation for a 5K he signed up for, and lucky for us we're both just competitive enough with each other to hopefully keep the other one going.

The biggest disappointment for me though has been after hitting a low this past winter that put me 10 lbs from pre three babies weight with 24 lbs and 12 inches total lost since the summer of 2014, and then gaining half of the lbs and inches back in the past three months. Though it's easier to get my workouts in during the summer it's harder to eat better so hoping the Fall will help with that because I'm pretty sure my eating habits of late are the culprit.

But maybe some of the weight gain is due to muscle rather than fat so I'll hold onto that perception. The other victory is I feel better in my clothes again and I don't look at pictures of myself in disgust anymore. Originally my goal was to get back to my weight before all three babies, and no I have not succeeded at that. In fact I'm 22 lbs away from that currently with the recent weight gain but the victory is not in the scale.  It is reaching my goal of making working out a part of my lifestyle as a mom. That is my victory.  It is in feeling confident in my own skin again despite the number on the scale. That is my victory. It is in reaping the physical and more importantly the mental benefits of making working out a part of my life. That is my victory.  So screw the scale I'm still calling these past 15 months a win.


I use to give myself the excuse because of the kids (and work) that I just didn't have time to fit it in. These three are doing it with me right beside me half of the time. The little guy likes to just climb on me as soon as I get on the floor for an exercise but the girls have their own weights now because I got tired of them trying to steal mine and whining that they didn't have any. So as so many use to say to me, "Make them your reason, not your excuse." The blowup of beach body and workout posts on my facebook page leading up to deciding I wanted this change for myself and throughout the process of staying with it was the perfect inspiration I needed so before you knock all the beachbody coaches  look for the inspiration in what they do rather than the criticism and to the beachbody coaches that have and still do blow up my feed thank you! We really never do know how what we do and say might inspire and touch others so keep it up! 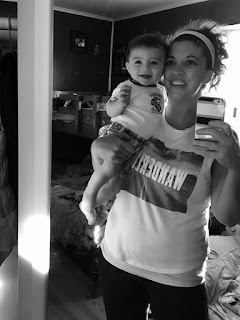 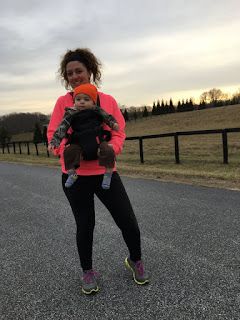 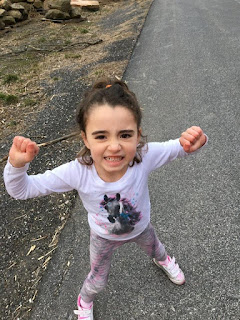 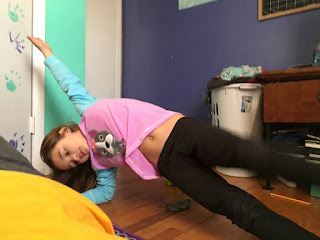 Posted by Stepping into Motherhood at 4:08 PM