We finally reached the spring break I've been waiting for since well probably October because I knew it would be the point where I finally would feel like this six month process of making the moving transition would be complete. My to do list would be complete and the process of moving would be over. But as I should have known shit always happens. And this time I mean that literally. The one thing I was leary about with moving so far out from even town was that we would have to be on septic and well. And this not really country country girl has always lived with city water supply. But Monday night Averi comes running up to my room where I've just finished painting our bedroom and was feeling oh so acccomplished. And she's telling me I have to come see. And with Averi it could be the latest worm or lady bug she's stashed away in her play kitchen. I follow her downstairs not really expecting much but ended up finding that the corner of our basement where new carpet had been put down prior to our move was soaked and some sealed off drain that sits in the corner of our basement was running water everywhere. Of course, Nate and I are looking at it like what does this mean? Like clueless people we wonder around to the other water sources in the house and find the wash tub in the laudry room filling up with backed up water and then realize when my mom gets out of the shower that it's not draining as well. So there we were with six of us in the house at nine o clock and all water usage had to be suspended until the next day because we suspected a clogged septic drain that would need to be snaked. Nate and I who had worked all day around the house painting and planting outside could not shower, and we couldn't flush the tiolets. Nate threatened something about how we didn't want a turd to end up coming up the drain and floating around in the laudry tub washroom. So great. Just great. Not only couldn't I shower, go to the bathroom, and had to worry about turds showing up in weird places, as well as sewer water soaking my basement, but we were just barely back to builiding up our savings to cover the summer and now how much was this mishap going to cost me? AHHHH! I went into one of my cranky, why does being a grown up have to be so hard kind of moods.

First thing in the morning the plummer came out only to charge us $75 and tell us to call the septic people. They came out and told us the plummer screwed up and should have snaked the drain and we'd be all fixed for probably $150. Instead the septic people ended up digging to the tank thing? (Again I'm new to this whole septic thing). And whoa, once he found the "tank" he was looking for I came to the conclusion that having septic meant you more a less have a giant porta potty buried under the ground in your backyard! Gross! I really could have done without seeing and knowing that that's buried out there in my backyard. Luckily he was able to do something down there (couldn't pay me enough money to do that shitty job-yes pun intended) and fixed the problem for an inexpensive (slight sarcasm here) $285 on top of the $75 we pretty much donated to the plummer. In the end this shit happens fiasco, which has not been the first unplanned expense and I know won't be the last, ended up costing us $350. Once I had working water facilities again and was happier, it of course sucked to part with our precious pennies but as I know from past more expensive mishaps, I'm glad for the only $350 problem. And our damp basement has cleaned up really well.

And I refused to let it put any more of a damper on my spring break. This was our week with our girls and our  time to make this house ours. Unfortunately, as much as you're always trying to get ahead, do everything you can, stay a step or two ahead of the craziness and chaos of life, shit is always going to happen. Your dog is going to fall our a jeep window,  your car is going to break down and leave you stranded hours from home, not once but twice, you're going to miss your flight, your luggage will be lost, someone's going to hit your car, someone's going to steal your car, your house won't sell, your dog will run away, and I can't even remember all the crap that has happened to us, but we all have something, somewhere, at different times that puts little bumps in the road, and even though in the end they're really not that big of deal, they sure can at times make crazy a heck of a lot crazier.

Even though I'm not a through and through country girl, I do love my country music, and I think Phil Vassar's "Just another day in Paradise" is such a fitting family song for us. It's crazy and most the time I feel that we're barely keeping our heads above water and surviving, but at the same time this is what we all dream about having one day, isn't it? I watch my girls play with their dolls and play "house" and I remember doing the same thing as a little girl. And here we are living it. It's just a little crazier and a little more stressful (possible understatement there) than we all imagined but we did it and somehow we're surviving. As we wrap up this week at home together and I look around me, it's such an overwhelming feeling of joy to know that we're HOME.

Nate left home at eighteen, has lived in five different states, I left at twenty, and we've traveled to half the states in this country to multiple beautiful places including two months between the end of our lease in DC and the settlement of our house in Baltimore when we were nomads wandering the East side of the country with no home. And yes we've owned one house before this one, but we spent three years fixing it up and by the time it was close to the way we envisioned it but not quite because the market started to fail and it wasn't worth the money anymore we spent three years trying to escape from it without losing our *#$ on it. And here we are at 35 and 31 with our two daughters (and possible future child-boy????) and we're finally settled down and HOME. Nate and I haven't had a sense of permanency like this since we were kids in our parents' homes. Our kids are going to grow up here, this could be the house they come home to even years after they leave, the place our grandkids call "comfort" (stole that from one of our friend's cards). Eighteen when you leave home so full of hopes and dreams was a long time ago so it's taken us awhile to get this point (guess we're a little slow), but we're home and it really is an amazing feeling I hope to remember (especially when the next $350+ disaster strikes). Thanks to everyone who celebrated this accomplishment with us and all the neverending well wishes we've received. It may seem like the end of a long journey but knowing us it's probably really just the beginning of the journey.


Picture overload of the girls home 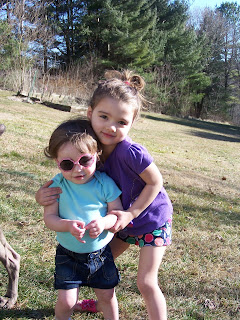 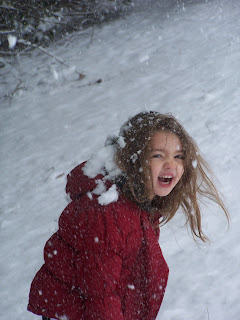 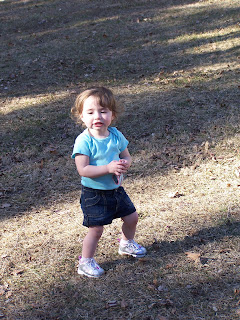 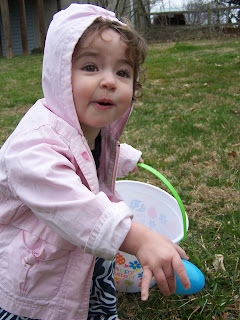 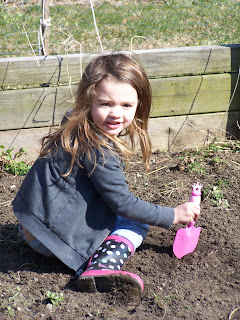 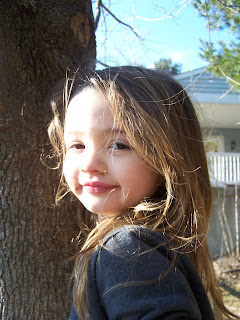 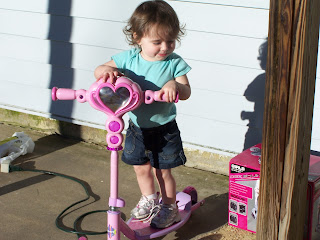 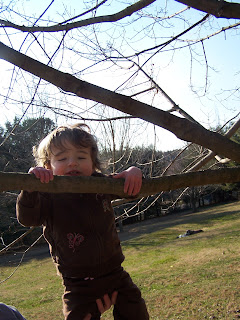 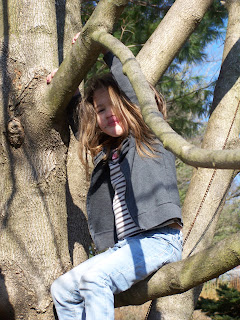 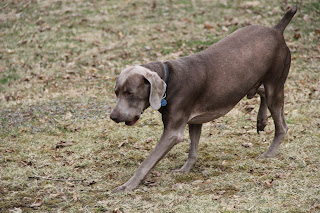 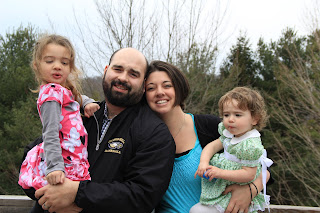 Posted by Stepping into Motherhood at 6:07 PM