Even though it's been kind of quiet here on the blog front I've had about a half a dozen different blog posts floating around in my head, but I've decided I could put all of them into one post that's really just a whole bunch of rambling reflections of what's been happening for the last month.

Part of the reason behind the quietness is things have either been going so much better and smoother than they have in a long time so I don't feel as much the need to write to relieve my stress, but when it does comes to the things that are on my mind lately they're not things I can or are fully ready to talk about on here.  I'm probably going to be vague, but I feel in the mood to clear my head a little.

The first month back to work is going well. Traffic kind of stresses me out. Even though I've gotten my timing down to not only make it into work on time but almost thirty minutes before school starts, just dealing with the city beltway is rarely a pleasant experience. There are so many things I love about all the changes this year, but I never saw where I'm going as being permanent because I know I'll only be able to take the commute for so long but for now I'm content to enjoy this new different for me school year.

I miss my old sitter, but I love having the girls at a sitter near the house. It is so much more convenient, and I've definitely taken advantage of the hour window between when I get home and when Ave gets off the bus. I love my kids and I love spending time with them and maybe to some this sounds bad but that hour of me time a few days a week has been great.

I'm now two months past the start of my goal of working out and eating better. It could have gone better, but it hasn't gone too bad. I've lost around ten pounds in two months. I was a total slacker on my goal of running the 5K again. My workout goal of 5 days a week has been more like three days a week too so I fell a little short of that. I think even my little three days a week of exercise coupled with my much  improved snacking habits has contributed to my weight loss and better fitting clothes. Yogurt and fruit smoothies, peanut butter and apples, peanut butter protein bars, and yogurt have replaced my candy and ice cream snacking habits. I cheat with ice cream about once a week though. The habit I cannot break though is my need for soda. I think I now know how a smoker feels. So my goals for the upcoming two months is keep up with a minimum of three times a week but shoot to get to four, which I think will be more doable when the college course I teach ends the first week of December. I also want to work on cutting back on my soda addiction.


However, a few things have weighed on my mind this past month. I feel bad because I feel like I'm not being a very good friend to another due to something that I was personally burned on in the past. Even though she had nothing to do with what happened in the past, I'm now being a bad friend by ignoring her because I guess I have strong feelings about the issue at hand but it's not my place to speak my mind on the issue.

About the same time as this we also had a set back in our baby making plans and now I'm not sure if or when there will be a baby Glenn #3. I keep telling myself I'm fine with whatever He decides is right for us, but then at other times I'm sad and disappointed that there won't be a little sister or brother as we originally hoped.

The other development from September is my grandparents. Unfortunately, their health which has been deteriorating the past couple of years, has reached a point where they have decided to sell their home and move into an assisted living home. In some ways this is a good thing as it will be for their benefit as well as help my parents and aunts out. However, it's still a sad reminder of the cycle of life. Even though it's just a house, their home is such a part of mine, my sisters, and my cousins' childhoods. Thankfully this past summer we went home for our annual Williams Fourth of July picnic at my grandparents. At the time I didn't know it would be the last one, but again I don't regret my choice to make sure I made the time for what would be the final trip home for the last Williams Fourth of July Picnic.

Closing doors, ending chapters, whatever metaphor you want to use, is never really easy. Whether we want it to or not life always marches on. I was reminded this when earlier when I was standing watching Averi at soccer practice and these four teenage girls walked over to the ball field with their gloves and catcher's equipment. They were coming for what ended up being a pitchers/catchers' practice. Behind them the football field was filling up with players and fans for the weekly Friday night under the lights game. Just thinking about those days of high school always bring a smile to my face. When I wasn't on the ball diamond with the girls, I was hanging out with a group of the football players, who would also become my closest and dearest friends through high school and college. I remember people telling me how high school is the best years of life, and it was definitely one of the best. Then I went off to college and those that had experienced that told me they would be the best years of my life. Again, I wasn't disappointed. Last weekend, one of the groomsmen and Nate's best friends and someone I like to think who has also become a good friend of mine came up for the weekend, and we ended up digging out old pictures from our 20s when we were all adolescent children in adult bodies with adult wallets and in so many crazy ways had the time of our lives then.  As we shared in his excitement of expecting his first child, we're now living this next chapter of parenthood. As I watched Ave chasing the soccer ball, Kenz swinging and calling it the "best day ever", and thought of everything that I loved about this journey of parenthood, I know I'm living the best years of my life again. Each chapter can be the best years of our lives. There will be different characters, different plot twists, highs and lows to the climatic moments, and each chapter will tell a different story about who we are and how we lived. There is no just one "best years of our life" time and as I thought back on the chapters of both sets of my grandparents' lives as well as Nate's grandma, I guess the thing they all taught me was live a life that makes every chapter a story worth retelling.


The girls and their great grandparents 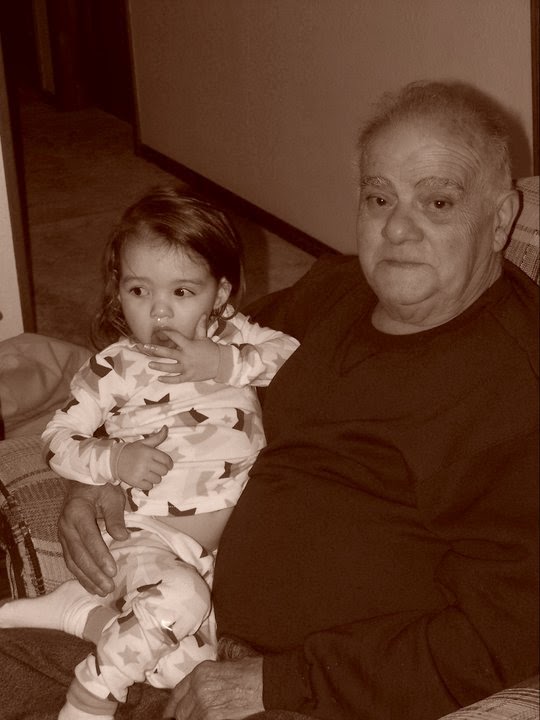 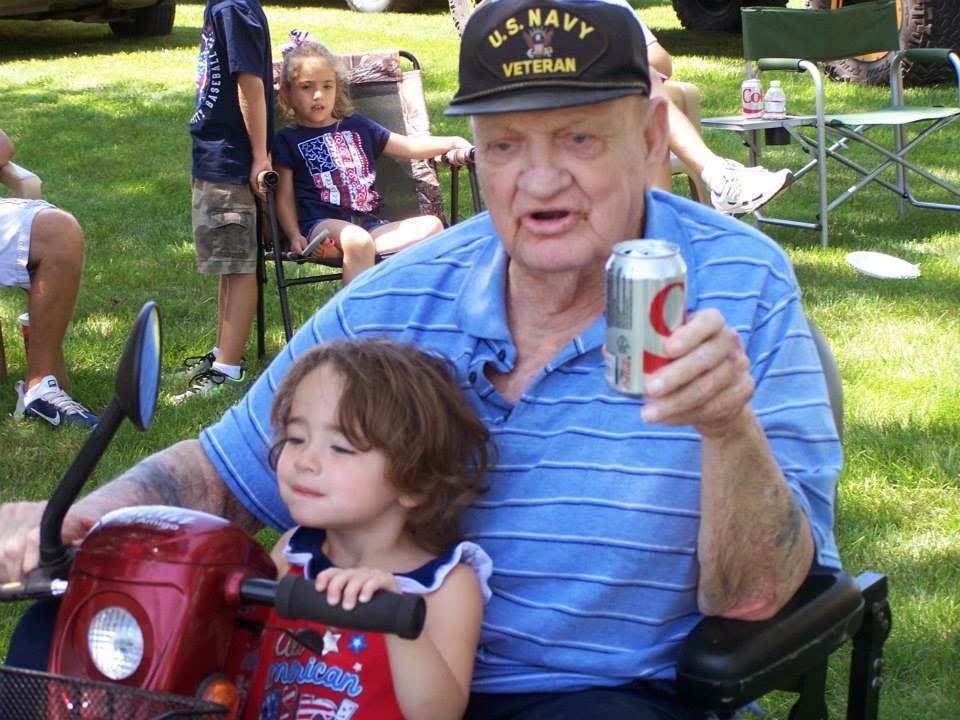 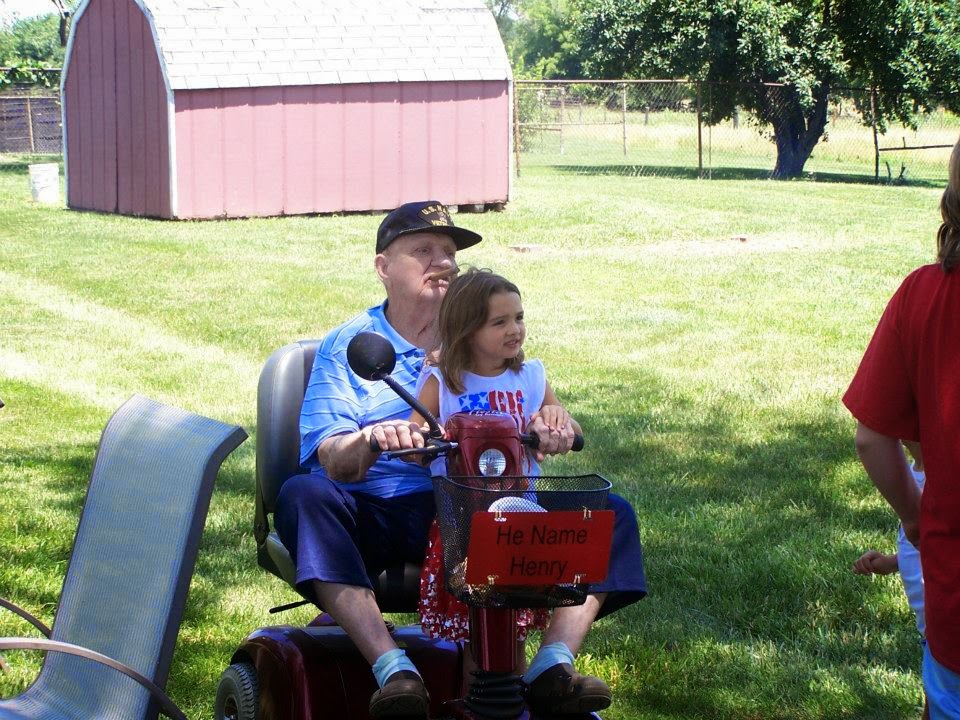 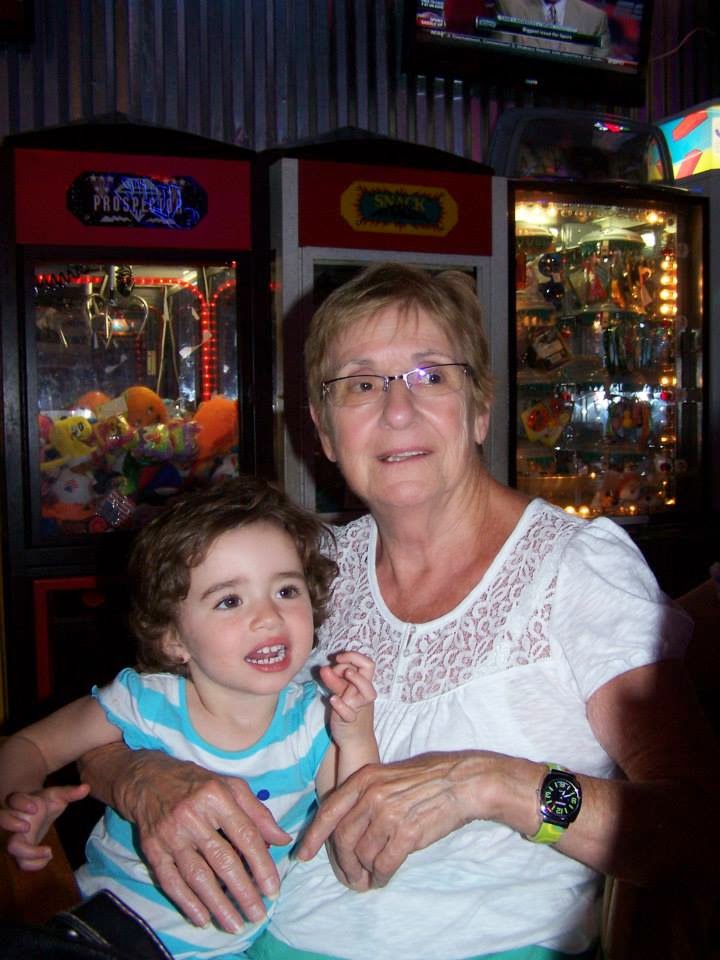 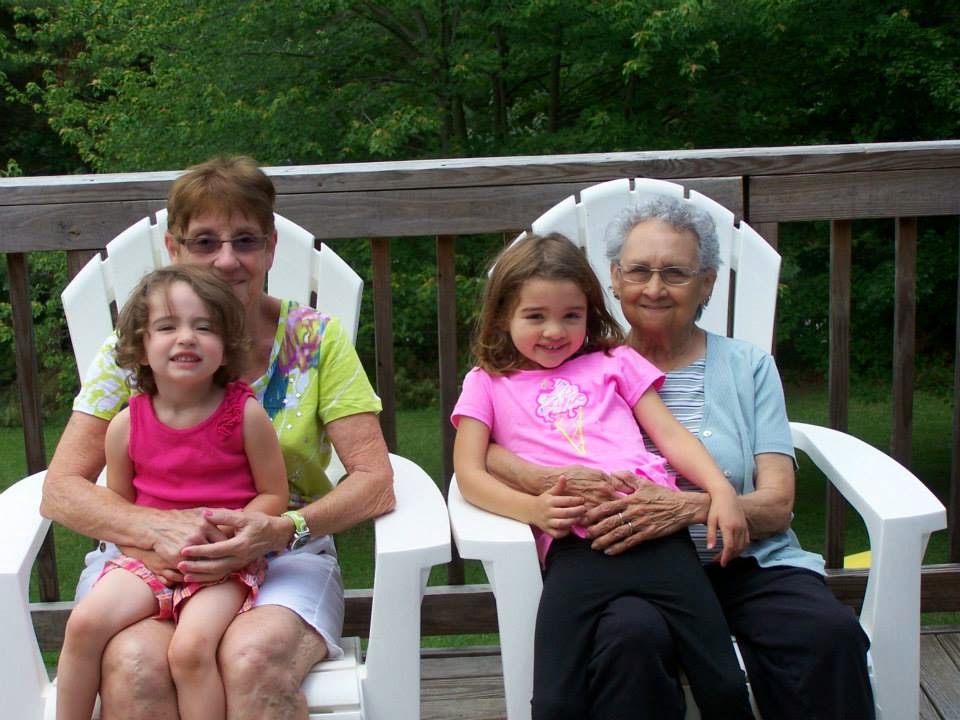 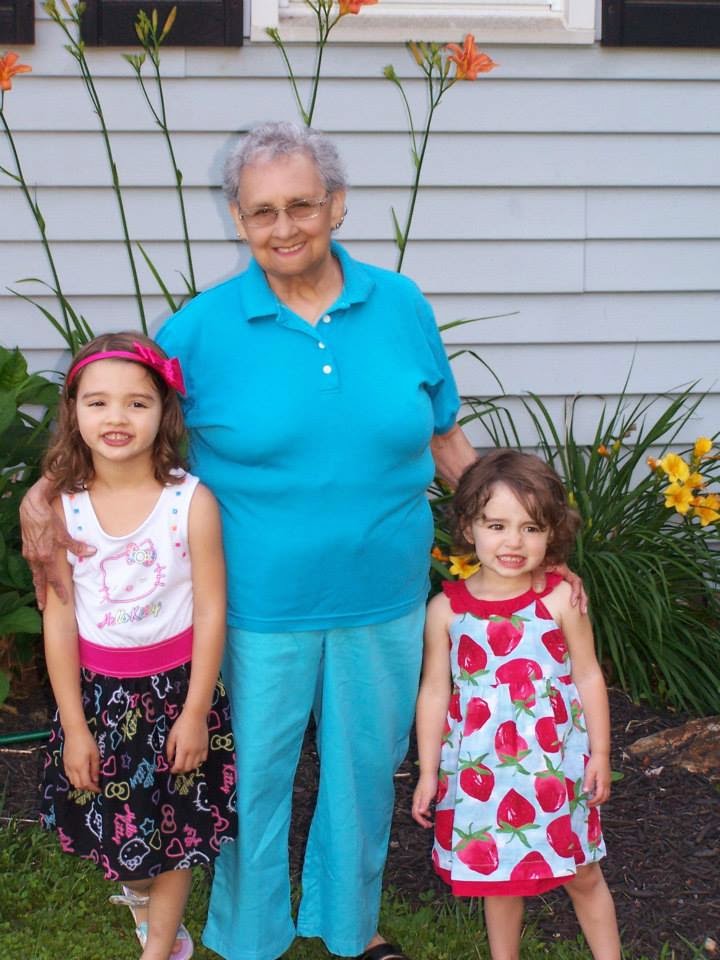 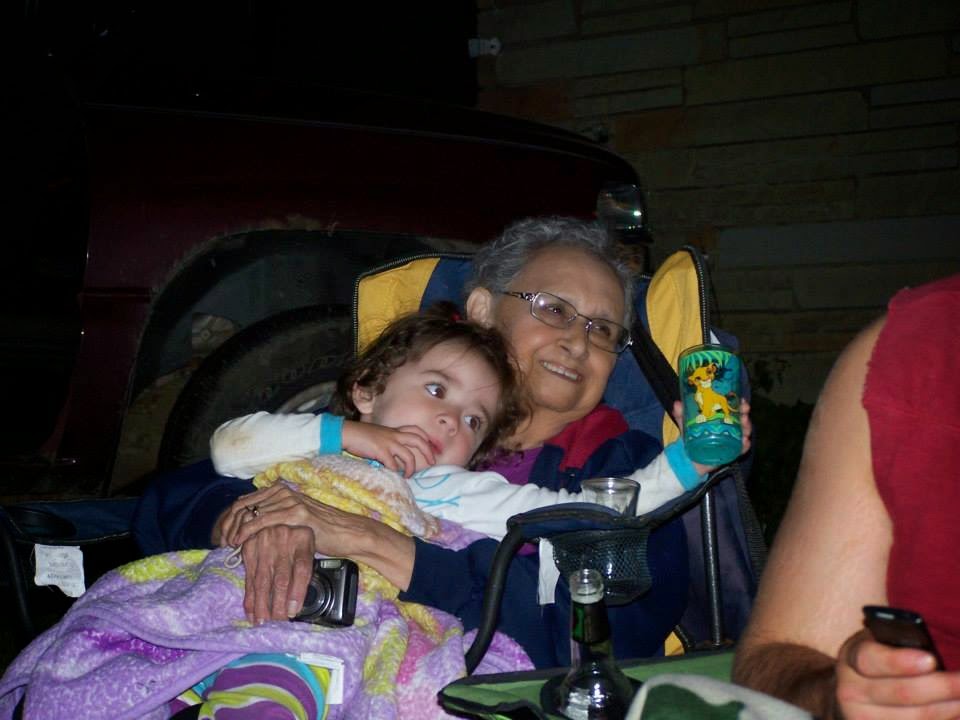 Posted by Stepping into Motherhood at 6:09 PM