This is going to be the longest pregnancy ever! However, before I launch into what is going on with me and this pregnancy if you haven't heard we're having a little boy! It really is almost too good to be true. As one of three girls who knows first hand the love between sisters, when I was pregnant the second time I really wanted a sister at some point for my oldest daughter. However, I wanted to experience a son too and having a boy in the house besides the Dad, which is all I had known growing up. My husband had said then during our second pregnancy if we were going to have two girls it'd be best if the second one was a girl too because then her and my oldest would be close in age at 2.5 years. He was right since this third one and her will be seven years apart! If you know us or read this blog much you know those sisters we're raising go together like peanut butter and jelly. I absolutely love raising sisters and love seeing how close they are and how much they adore each other.

So for this little boy to come into our lives now as the third child is really like a dream come true. However, this is where I get scared to share what's been going on behind my glowing excitement to have a son. In the past I've  experienced anxiety here and there; I think we all do in some ways. But this is like crazy, irrational anxiety. At least a few times a week I tell myself that, and then the few other times I worry that maybe it's intuition. It's like everything we've worked for, dreamed about in the last ten years is just within our reach- third baby which happens to be a boy after two girls, finances with this refinance we finally got cleared for closing if I don't go crazy Ang on them before Monday (whole other story), and Nate looking at moving forward with his promotion, and even if that last one doesn't happen for awhile both of us are in the best job positions we've been in in our careers. I'm so excited for all of these things. Shouldn't we be when our dreams are that close? Yet, it's like it's too perfect. It's like there's this dark cloud hovering over the horizon, ready to consume that hope and wipe out those dreams. I have this impending feeling something bad is going to happen. I pray every night please say I've just finally lost my marbles and this is the worst case of anxiety I've ever experienced in my life and not some horrible intuition of something that's to come. I'm a horribly impatient person when it comes to waiting though, not that it was a concern with the girls' pregnancies, even though with my second I was incredibly moody and irritable so maybe that ties into it somehow too.

Thankfully I've confessed this craziness to a few friends and weird pregnancy anxiety and insomnia I guess is a common thing. Along with that comes vivid dreams too I heard. The two dreams I recall the best was one in which it was quite symbolic of what this anxiety feels like to me so I prefer to interpret that one as telling me it's just anxiety, relax. The other was the one in which I dreamed we were having a boy before I knew we were and him and I were at home, both fine, but after a scary pregnancy or delivery. Maybe that's it. Maybe there will be  scary moment or maybe the scary moment is living with this crazy anxiety for five months and we'll both be fine in the end. The dreams actually reassured me that I'm just for whatever reason having crazy anxiety this pregnancy.

Anyone else have experience with pregnancy insomnia, anxiety, and dreams? I've been told to take some Tylenol PM which is on my grocery list tomorrow. I've also found the nights I've talked about it with people beforehand I've slept better so considered going back to my usual therapy of writing in here (just giving you possible warning!) 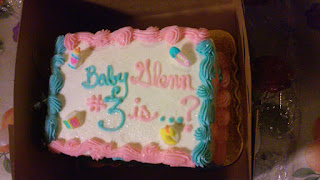 Posted by Stepping into Motherhood at 9:00 PM