Value of Self Awareness

When I was in grad school there was one class that I took that resonated with me from the start. Unfortunately, I don't even remember the instructor's name but I could describe her to you. What she made us do over the course of that semester class not only helped my relationship to my soon to be husband at a time when we needed it, but it left me with the knowledge of what I needed to do for all the relationships in my life.

All too often when there's problems in our lives with others whether it's our spouse, our parents, our children, or our friends, we first want to attack the other person and what they're doing wrong to cause the rift in the relationship. The thing that I learned from this class is even though it is our first instinct to attack the other person and I'll admit it is still my first instinct, we need to stop and reflect on ourselves first. It's hard to admit our own flaws and shortcomings, but if we don't want to see what it is about ourselves that is contributing to the struggling relationship, then we're really not giving it a fair chance to get better.

Within two different families I've seen the following scenerios:  There is the family that  very openly calls each other on their shortcomings. Now the problem with this is they get defensive, feel attacked, and possibly even put down for their character flaws being put out there like that. Then there's the family that would never think about addressing a loved one's character flaws and pointing out their shortcomings. The problem with this is they think they can do no wrong, that nothing could possibly be their fault.

No matter which environment we're use to though the outcome needs to be the same. None of us are perfect and even though the other person may be wrong, there's usually something about the way we've said or handled things recently that contributed to the problem. This is hard though. I think in order to even work towards compromise or to salvage a relationship, we have to start with ourselves. Of course both people have to be willing to start with themselves.  Sometimes we think about what we wish we could change about the other person, but sometimes it's maybe more about what we need to change about ourselves.

This class really taught me the value of self awareness. It's kind of a painful process though because it opens you up to vulnerability and doubt, but I feel like it's vital in order to grow. It doesn't matter if I'm working with young people or adults there are many I feel that will not reach their full potential or have the quality relationships they should because they don't want to start with the work they need to do on themselves.

I am a deep work in progress when it comes to this. Some days I'm better at it than others. As much as I'm really good at putting up the very confident, probably arrogant mask I have mastered, the list of self improvement needed is rather long. Honestly there are some things I care more about working on than others, but the goal is always working towards being a better me than I was yesterday. Being a mother makes me want to work on this more than ever before, but I also have the challenge of how do I teach this valuable lesson to my children. I don't want them to grow up feeling defensive but I also don't want them to be that child that can't see the errors of their own ways.

Do you know what you need to work on about yourself to improve your relationships? To be better than you were yesterday?  What do you think is the best way to teach this to your children? 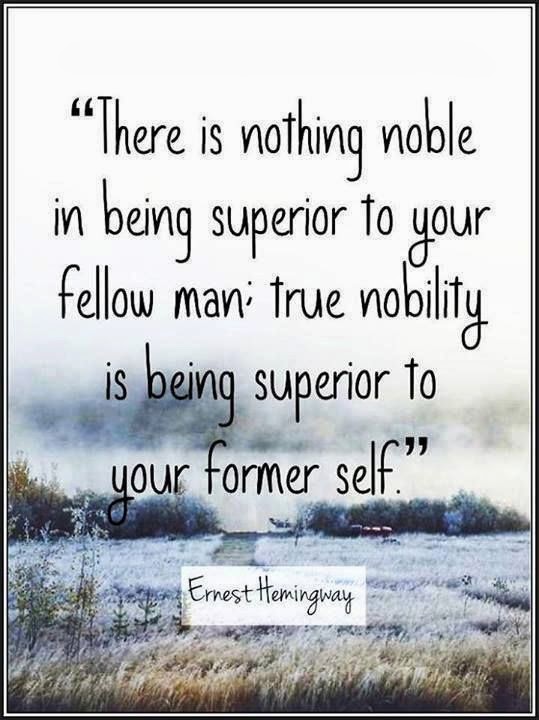 Cinderella or the Stepmother

Time is What Makes Great Parents

Finding that Drive: Passion
Posted by Stepping into Motherhood at 4:43 PM