Cinderella and the Stepmother

When we get married, we might dream about our hopeful happily ever fairy tale, but I sure didn't dream about how much I would feel like Cinderella. I don't mean the Cinderella with her hair all done up in her pretty dress with her handsome prince on her arm either.

Being Cinderella was not exactly what I imagined; however, on nights like tonight when my daughter tells me she wants to play Cinderella, I embrace my other role. When she decides she wants to play Cinderella, I'm always the evil stepmother, getting to tell her everything to clean up. We play this game every now and then and I'm not going to lie, I kind of love this game. I would so much rather play the stepmother than Cinderella. I'm pretty good at playing bossy and grouchy all in the same moment; I think I have the role mastered.  Even when it's short lived and Cinderella thinks she needs to clean the house up half naked, I'll take it. Maybe in her Cinderella world Cinderella is so mistreated she's not even allowed to wear clothes?

One of their previous times of playing Cinderella.
This time Cinderella was allowed to wear clothes I guess. 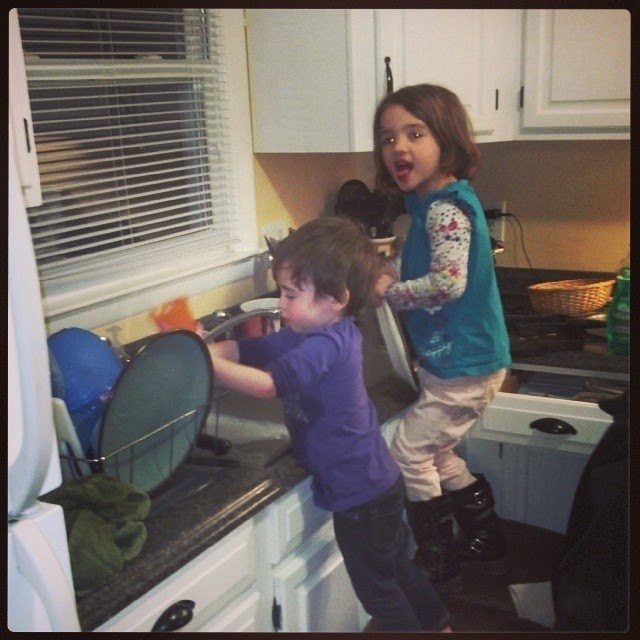 Playing the mistreated princess is exhausting so you see this game is a win-win. They clean up the house as part of the game and then they're so tired they just fall asleep. Haha. If only it was that easy. 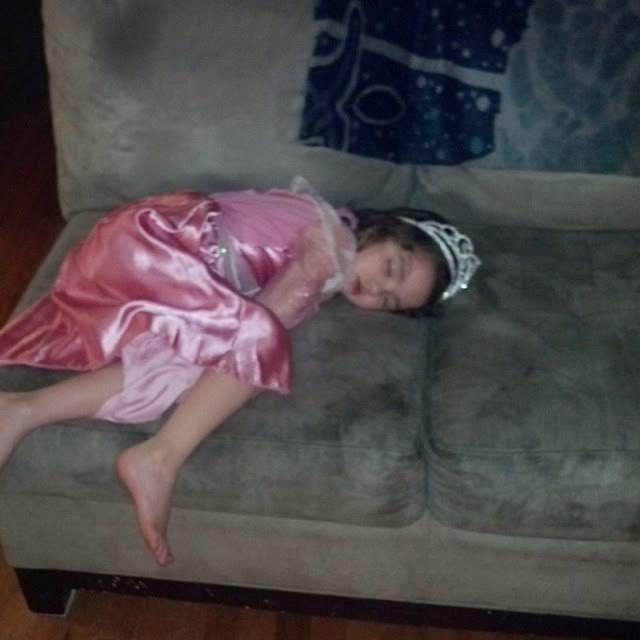 Happily Ever After...But a Moment (the more positive look to the Cinderella after marriage story)

Simple
Posted by Stepping into Motherhood at 10:02 PM