After not arriving home until six o clock this morning we're almost settled in back home. We left Florida at noon Saturday with the plan to get home sometime after midnight, hopefully around two. But when it took us five hours, three hours longer than it should have to get out of the state of Florida itself, I knew we were in for a long night.

The drive to and from part of the trip  kind of sucked due to traffic, a speeding trap that we ended up getting stuck in, and a dead car battery; however, those that know our traveling stories for whatever reason this is rather typical (I'll have to share a recap of all our travel mishaps in another post sometime.) The six days in Florida though were great. Besides the unplanned speeding ticket, a $100 on a credit card, we only went $70 over the budgeted amount we had saved so I was pretty happy with that. Before I share the overload of pictures I took though, here are a couple of my tips and recommendations for those of you that have mentioned going to Disney here in the near future.

Even though it was April, when we went to Magic Kingdom on a Monday, it was still almost 90 degrees so there was a point in the middle of the day, when waiting again for what felt like the umpteenth , I was starting to wonder what was so great about Disney. However, even though my dad says we waited in lines for rides that were close to two hours when we went in August when I was a kid, we never stood in any lines that were longer than 45 minutes. They also have a new thing called the fast pass, in which you can get online and select three rides in which you get assigned a time for that ride so you don't have to wait in line for it. I highly recommend this. The other thing is we stayed after the nine o clock evening firework show, and it cleared out making it so we were able to ride rides and catch princesses with ten minute or less wait times. It was totally worth letting the kids nap in the stroller in the middle of the day and keeping them up way past their bedtime. The 3:00 parade and midnight one too if there that late are great ways to also catch all the Disney characters.

The other thing that we did to see Disney characters that I would recommend is make reservations for a character meal. They are kind of pricey; however, we did a breakfast and to have Pooh, Tigger, Mary Poppins, Alice, and the Madhatter visit us during breakfast we spent $60, which for the nice buffet breakfast we had was probably only about $20 more than we'd pay elsewhere so to me it was  totally worth it, but be sure to make reservations.

The other reservation we made was for Averi to have a princess makeover by a fairy godmother at Bippity Boppity Boutique. She loved it, but without a reservation made sometimes months in advance it again can be difficult to fit in. We were lucky to get in the night before our Magic Kingdom trip to the one in Downtown Disney, and her princess makeover  held up through the night and throughout the whole next day in Magic Kingdom. Then as if Ave knew, on midnight that night mshe decided she was done being a princess, ripped out her updo and ran through the sprinkler nearby, drenching her princess dress and was ready for a change of clothes back to herself.

Magic Kingdom was our longest day from 8 in the morning until 1 the next morning, but the girls were great troopers. We took it easy the next day which I'm glad now because that was the day the whining and meltdowns kicked in from the day before. Naps and pool time though helped get them ready for the shorter day on Wed at Animal Kingdom. For there the ride I would recommend fast passing and not missing is the African Safari. We also watched a 4 D  film in the tree of life. We thought it was cool; Averi on the other sand screamed the whole time, thinking every little animated thing was really coming to get her. Hence why they have the warning it might be terrifying for children. Nate and I kept asking her all day if she wanted to go back. The thing I thought was neat about Animal Kingdom is when you went to the Africa or Asia part of the park it was like visiting an African or Asian village.

We ended our trip over on the Tampa side of the state with about an hour on the beach on a windy, cloudy day and spent our last day, a rainy one, visiting with my mother and grandmother. The girls had a ball and Nate and I enjoyed watching their enjoyment. Here are some pictures  of the girls on their Disney vacation. 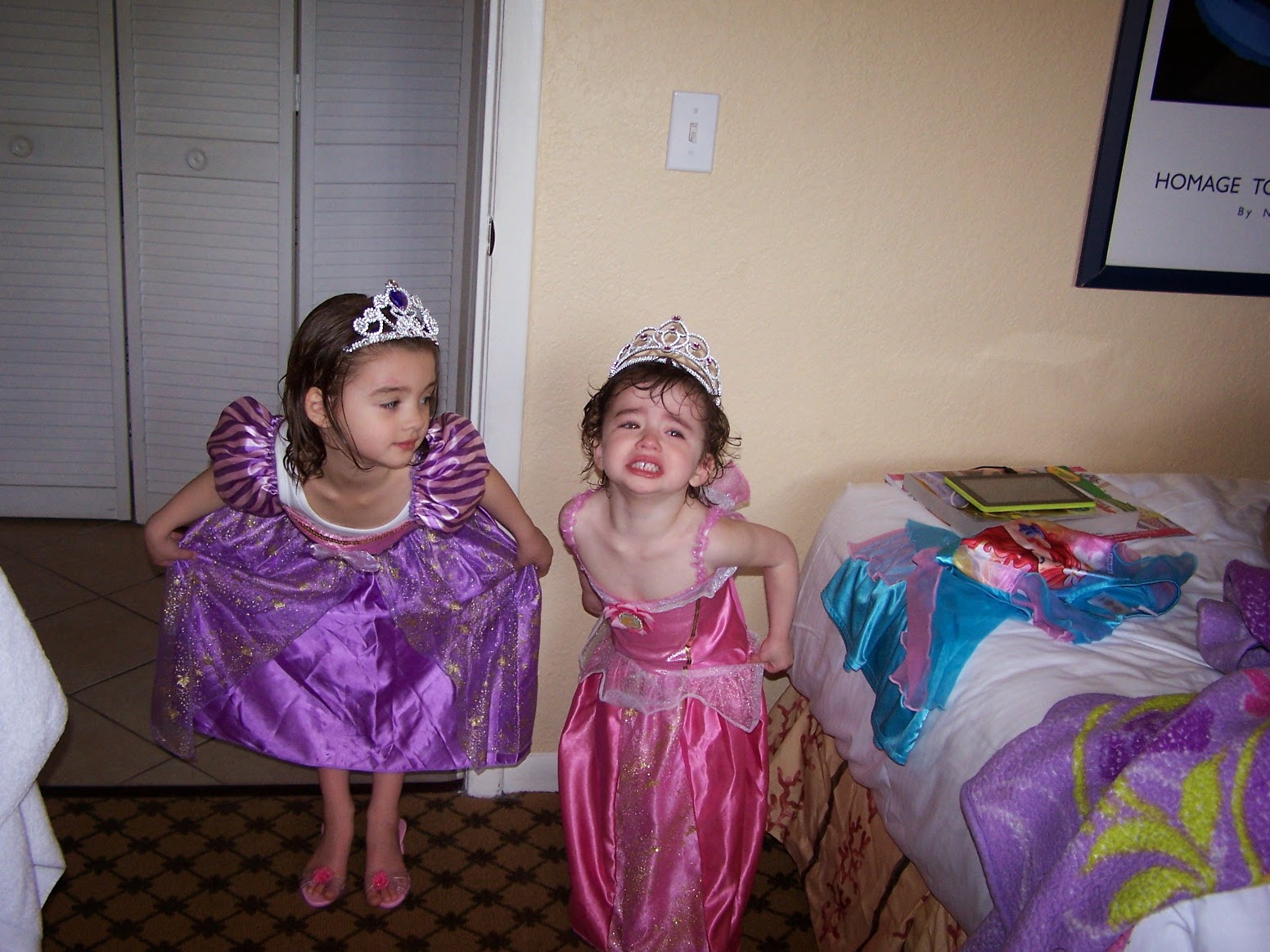 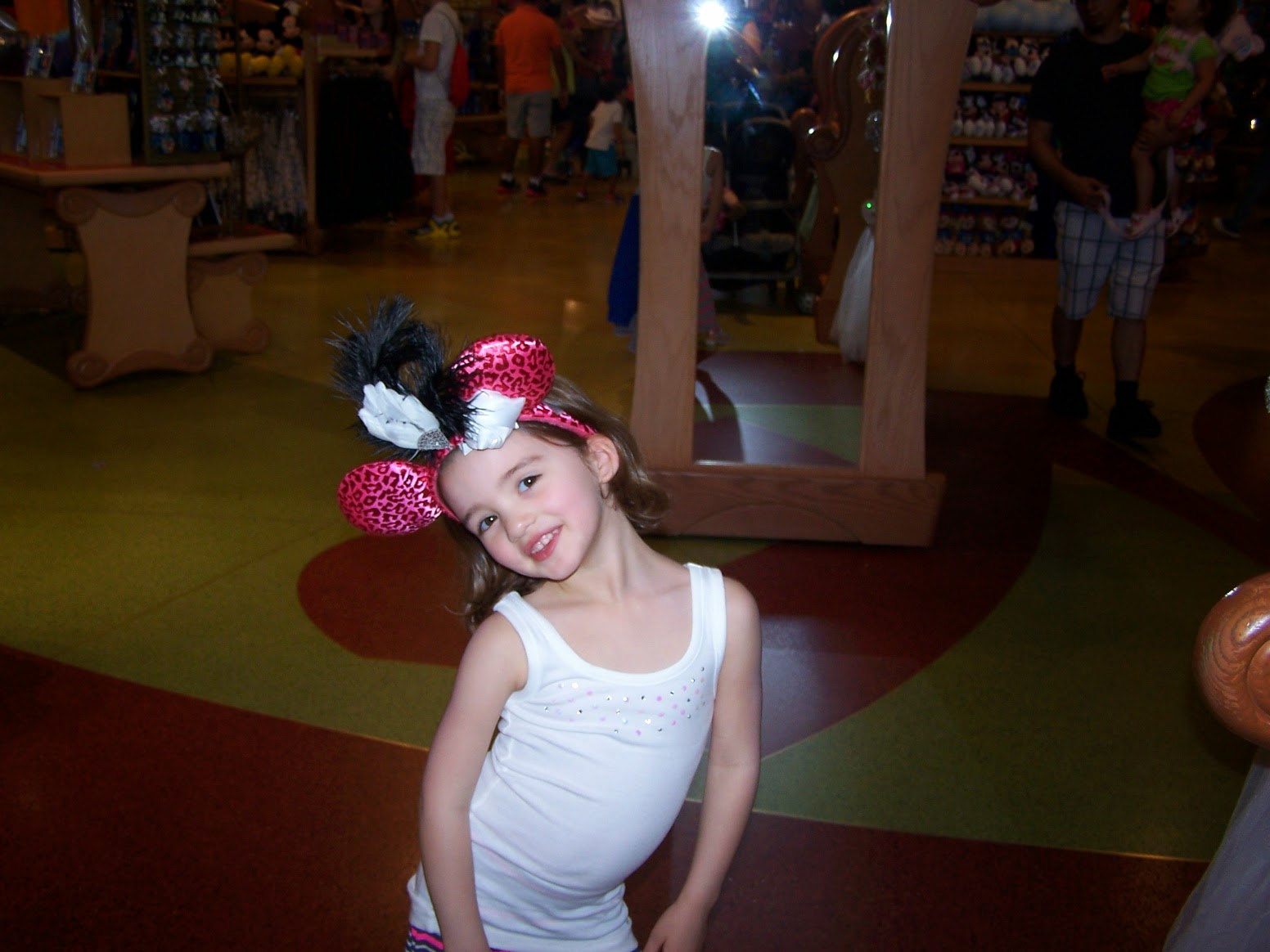 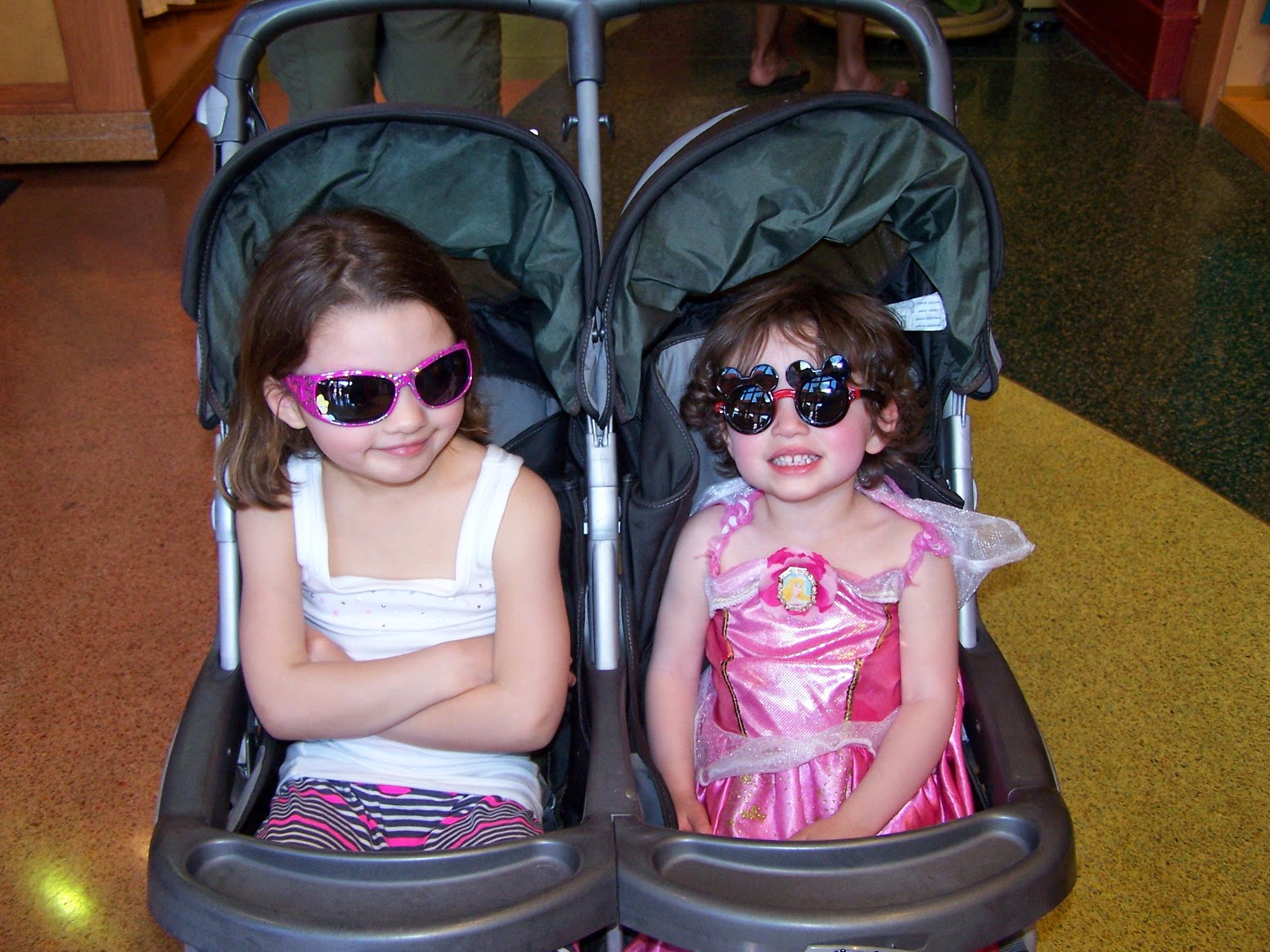 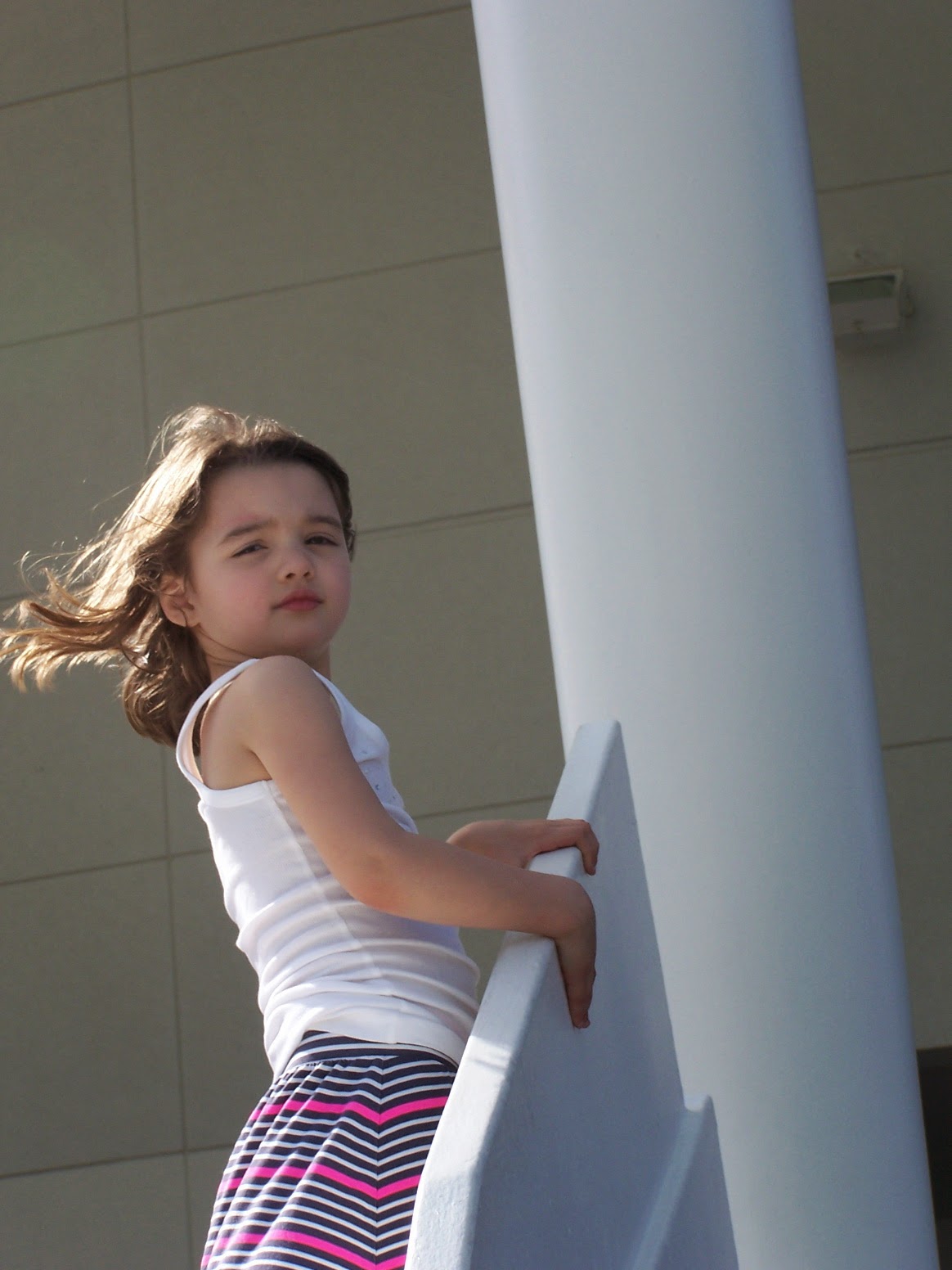 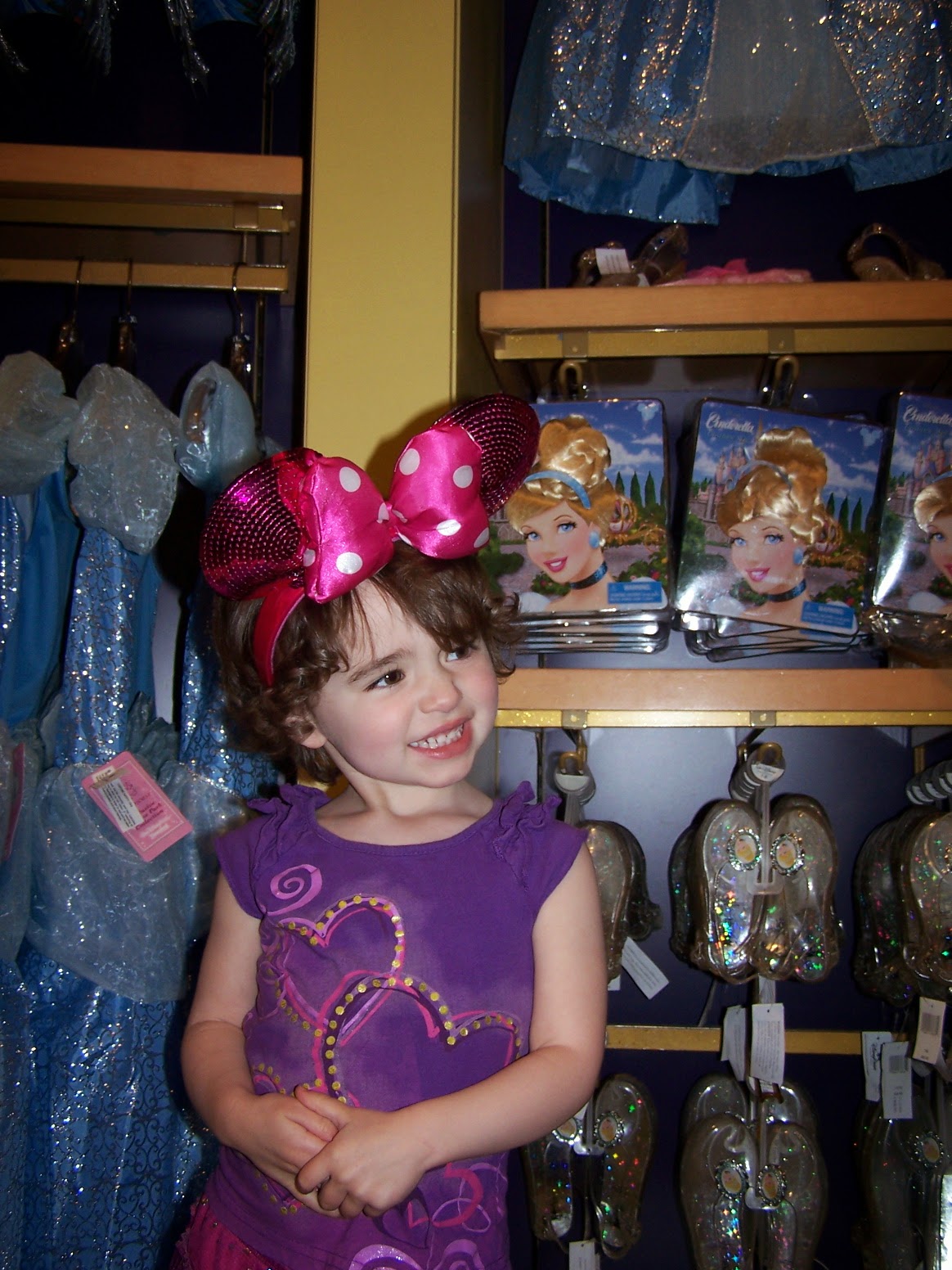 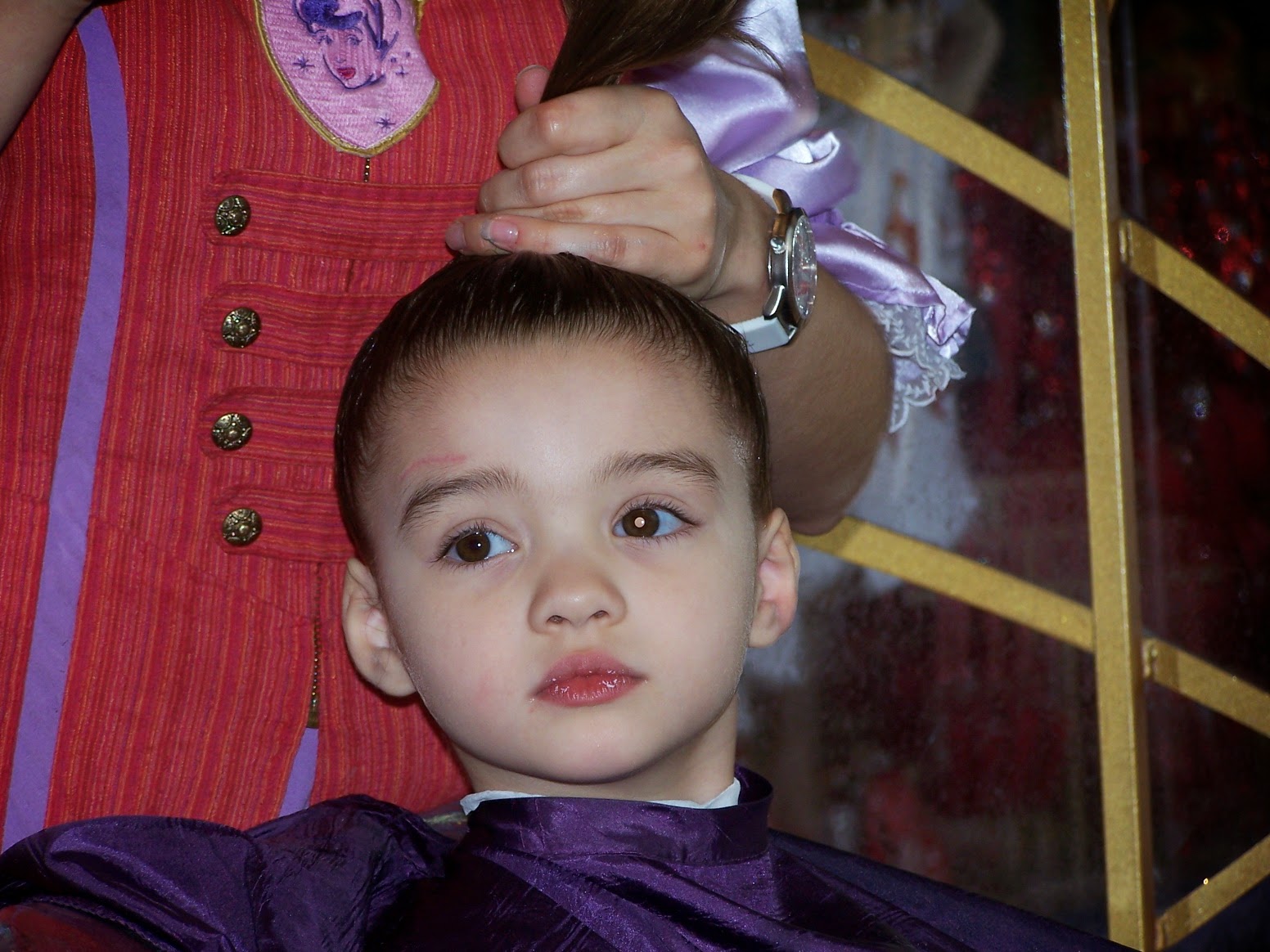 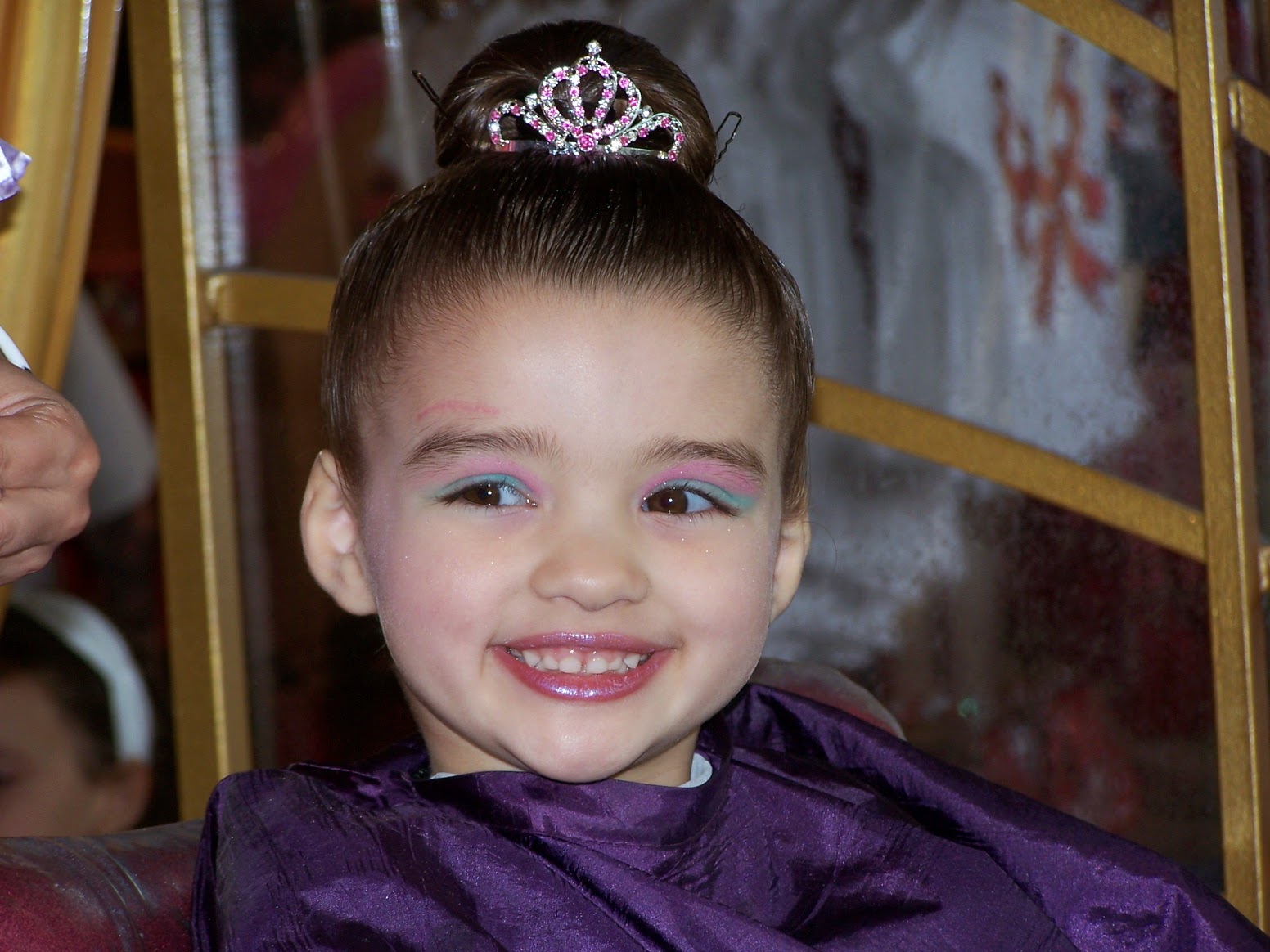 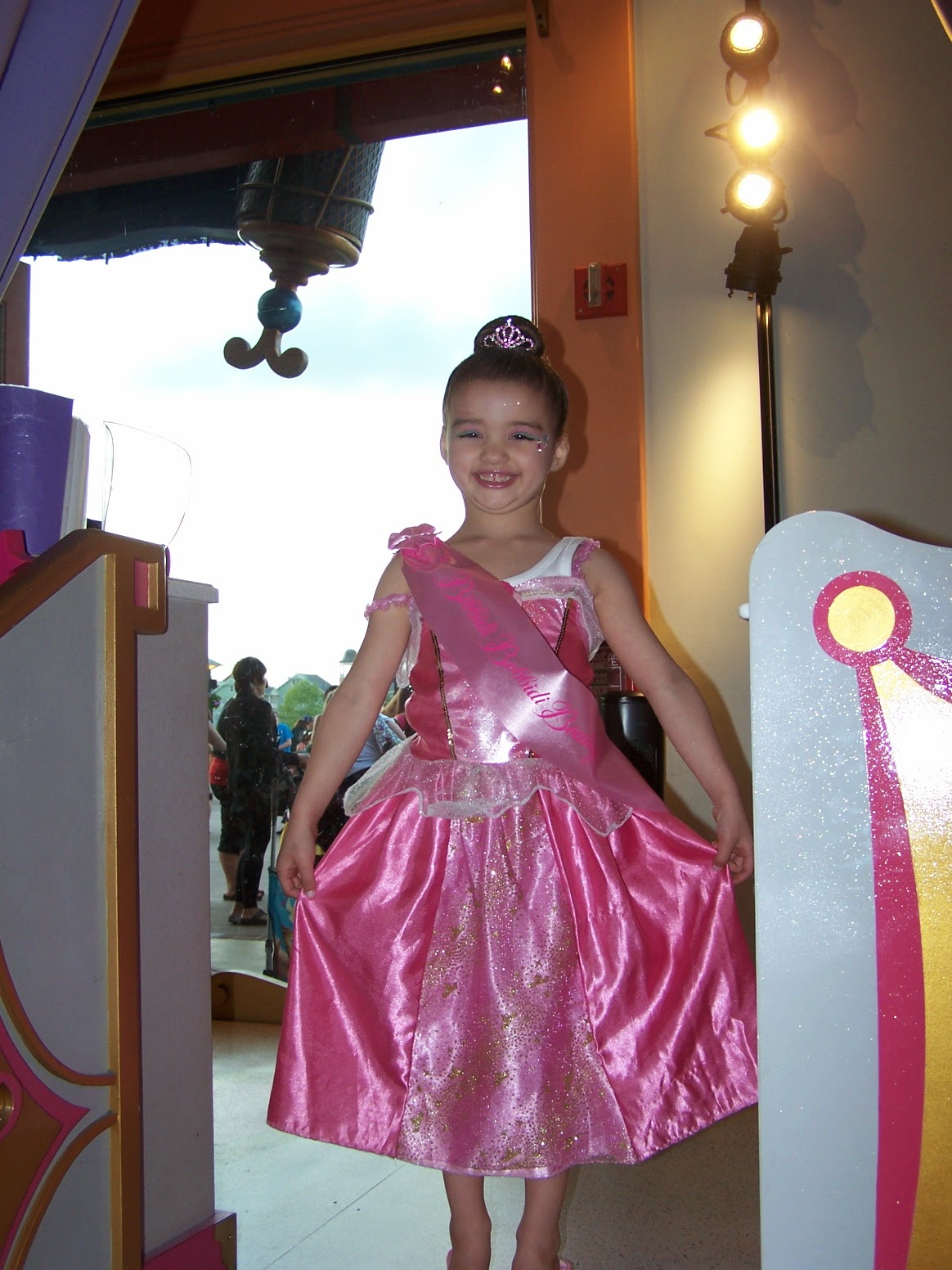 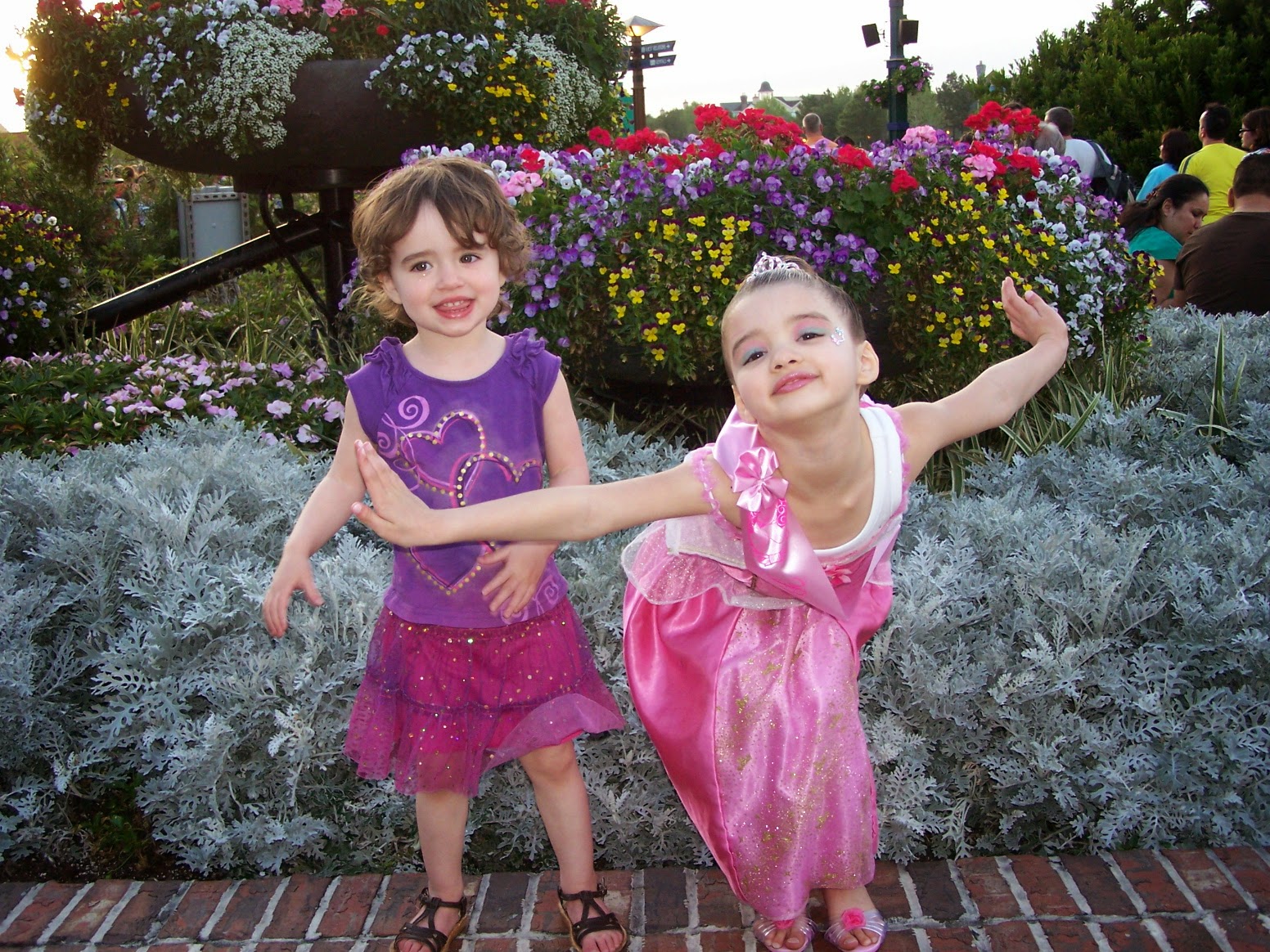 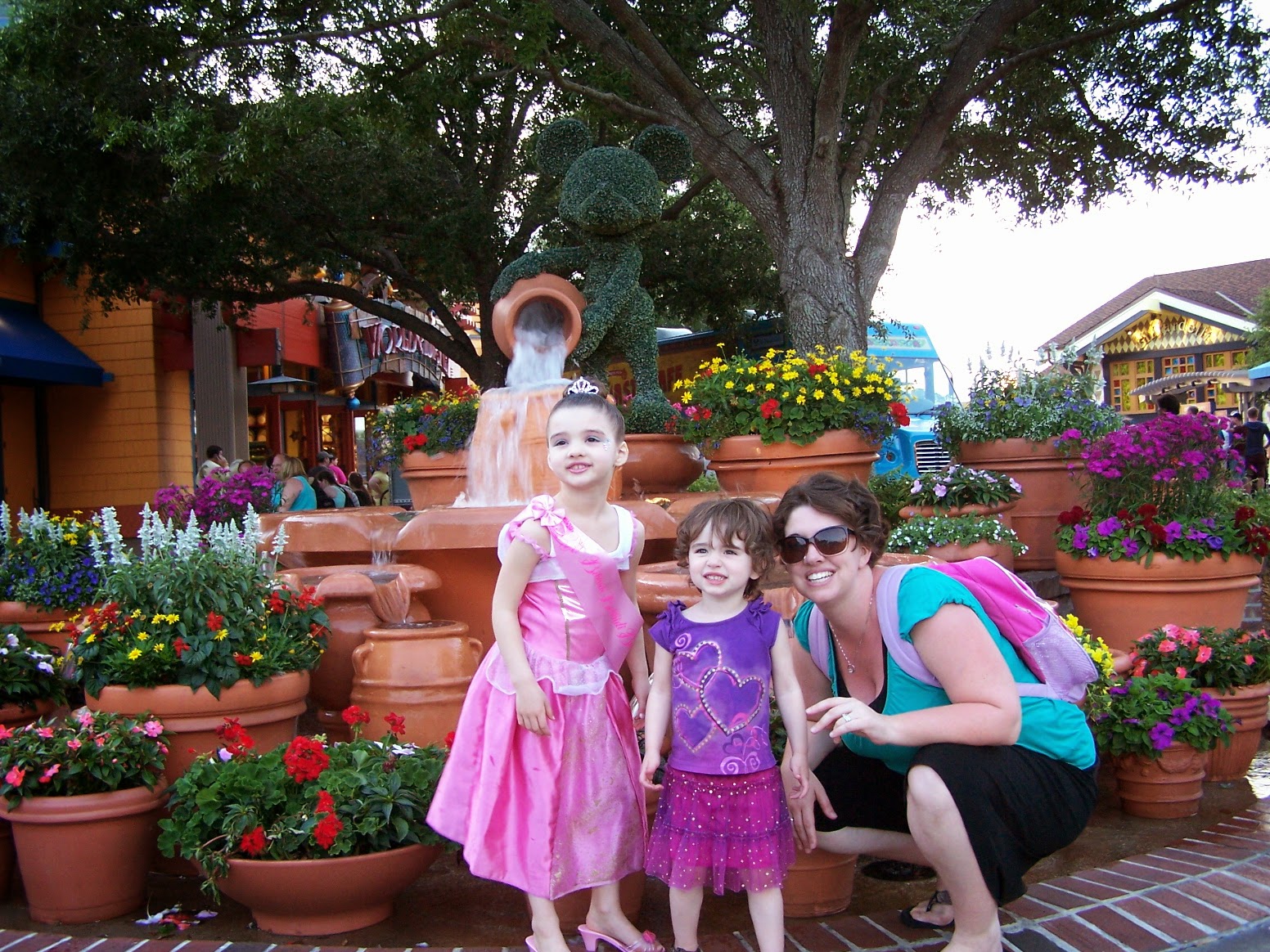 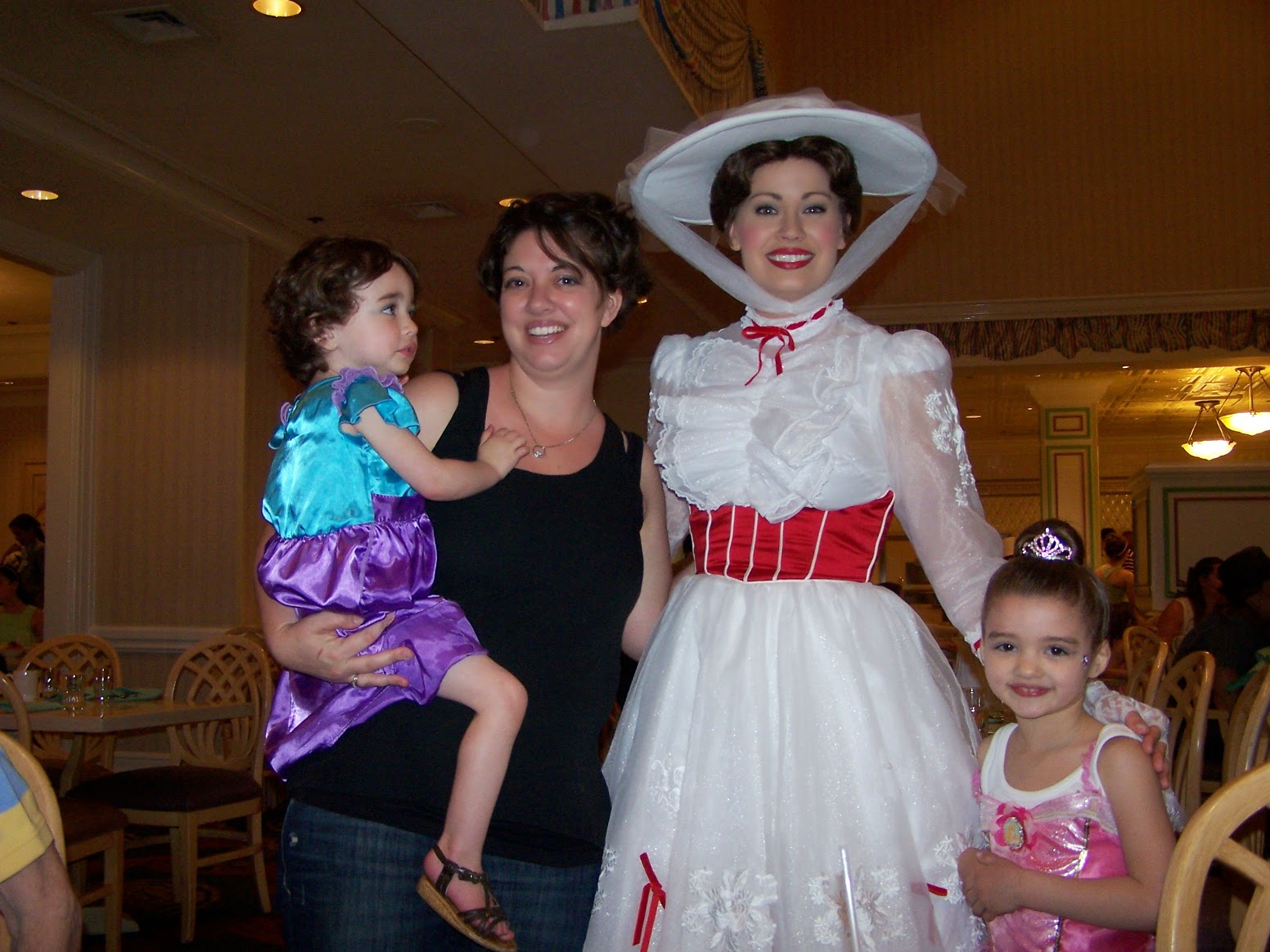 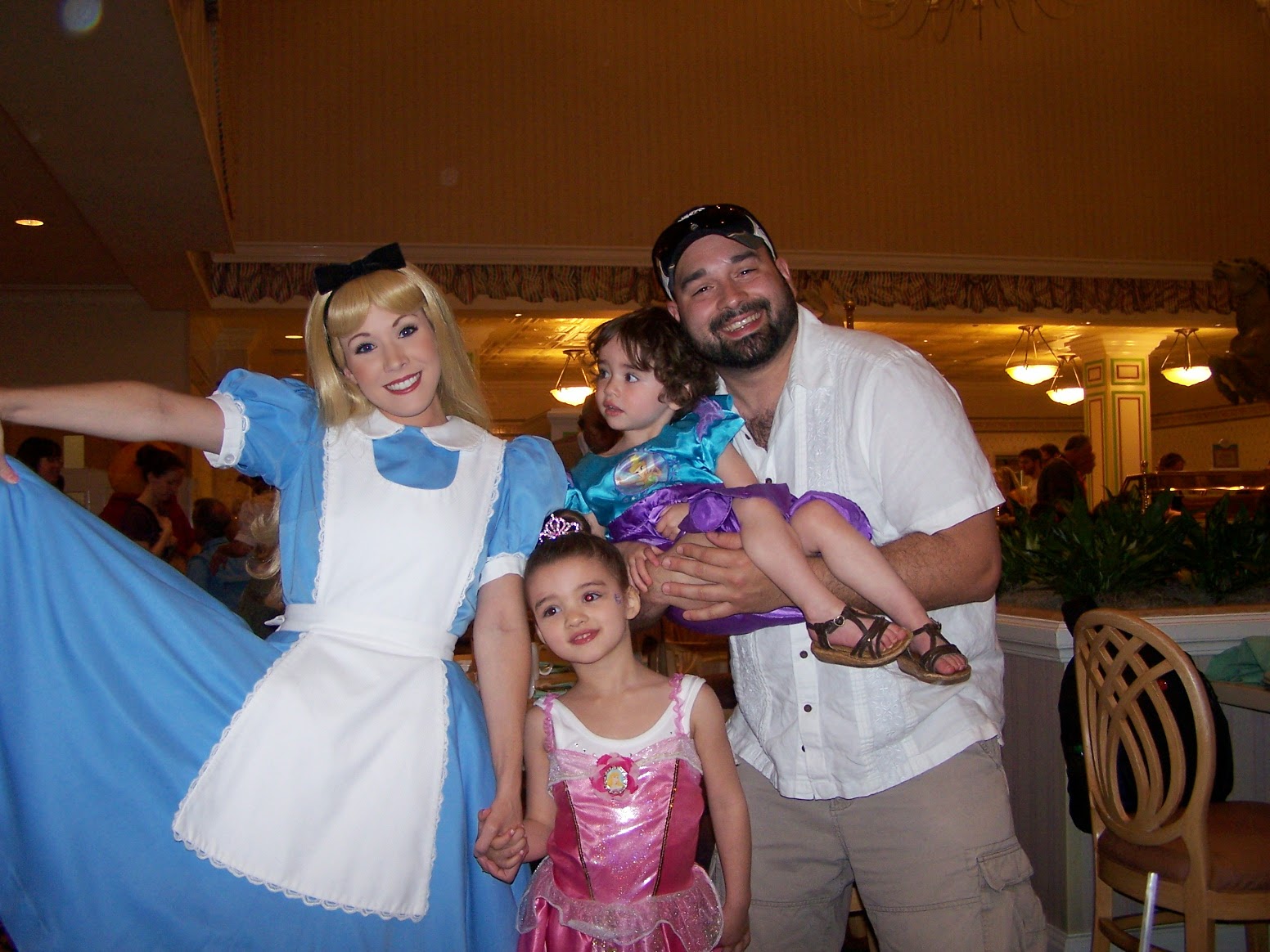 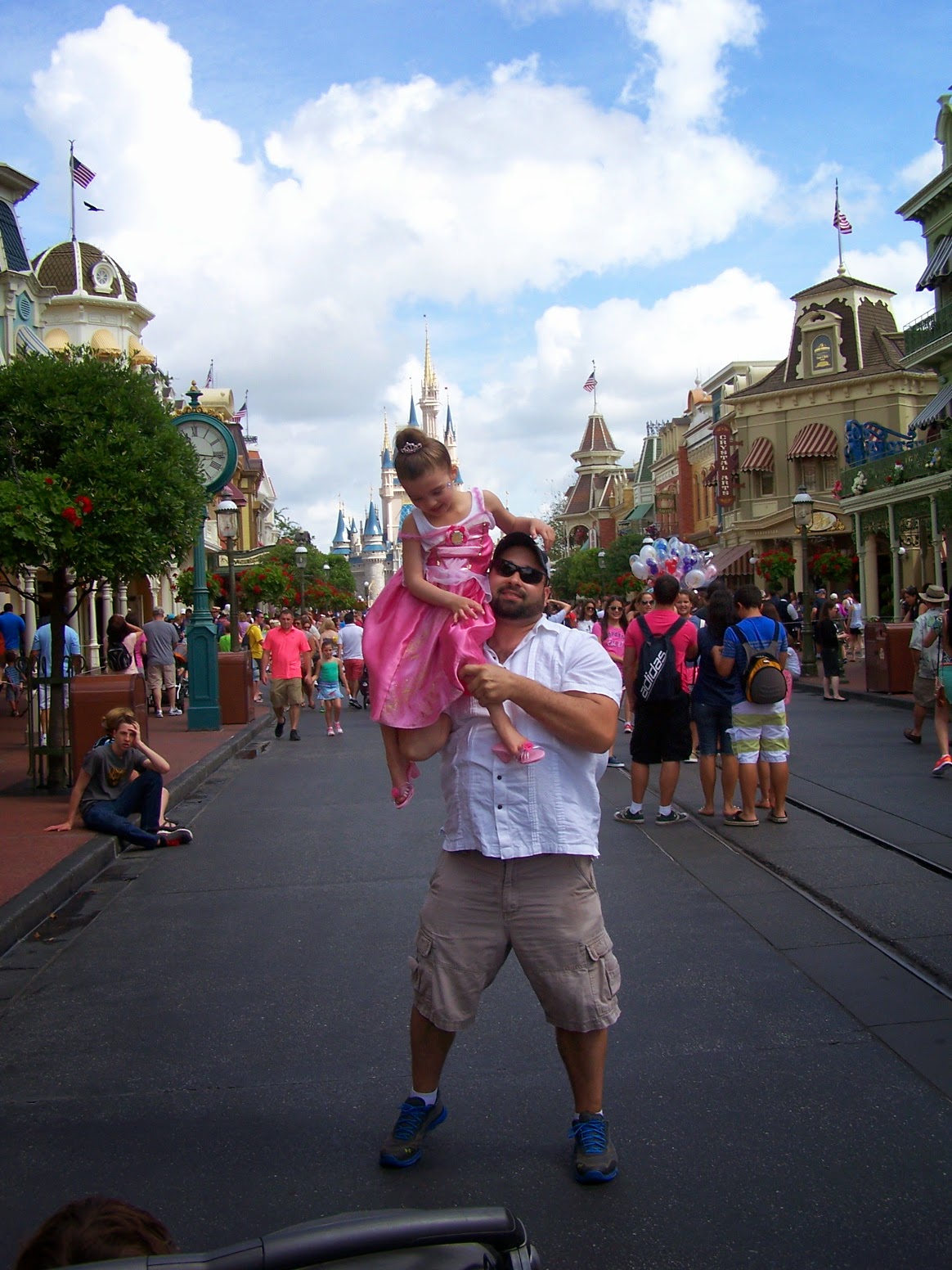 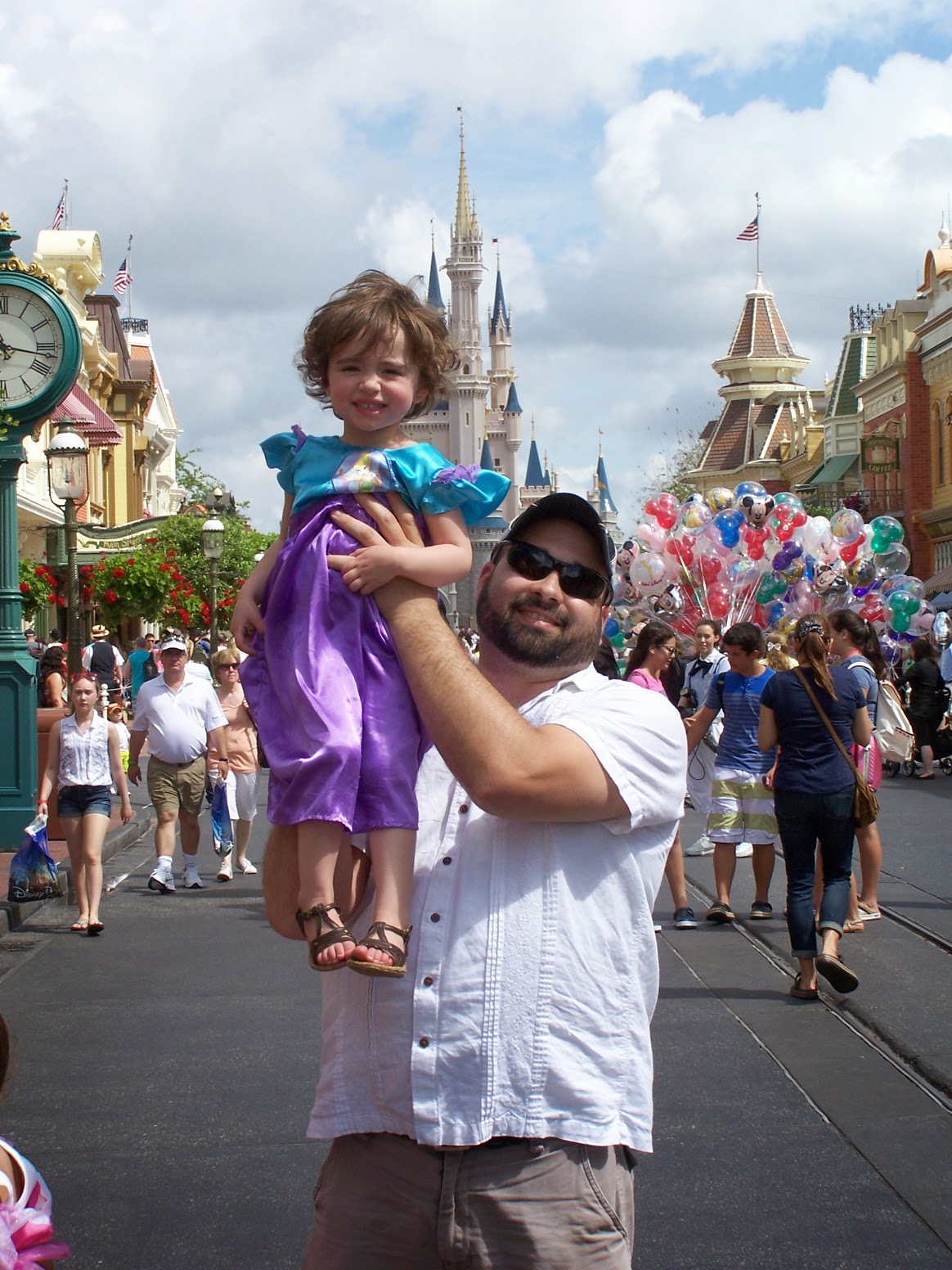 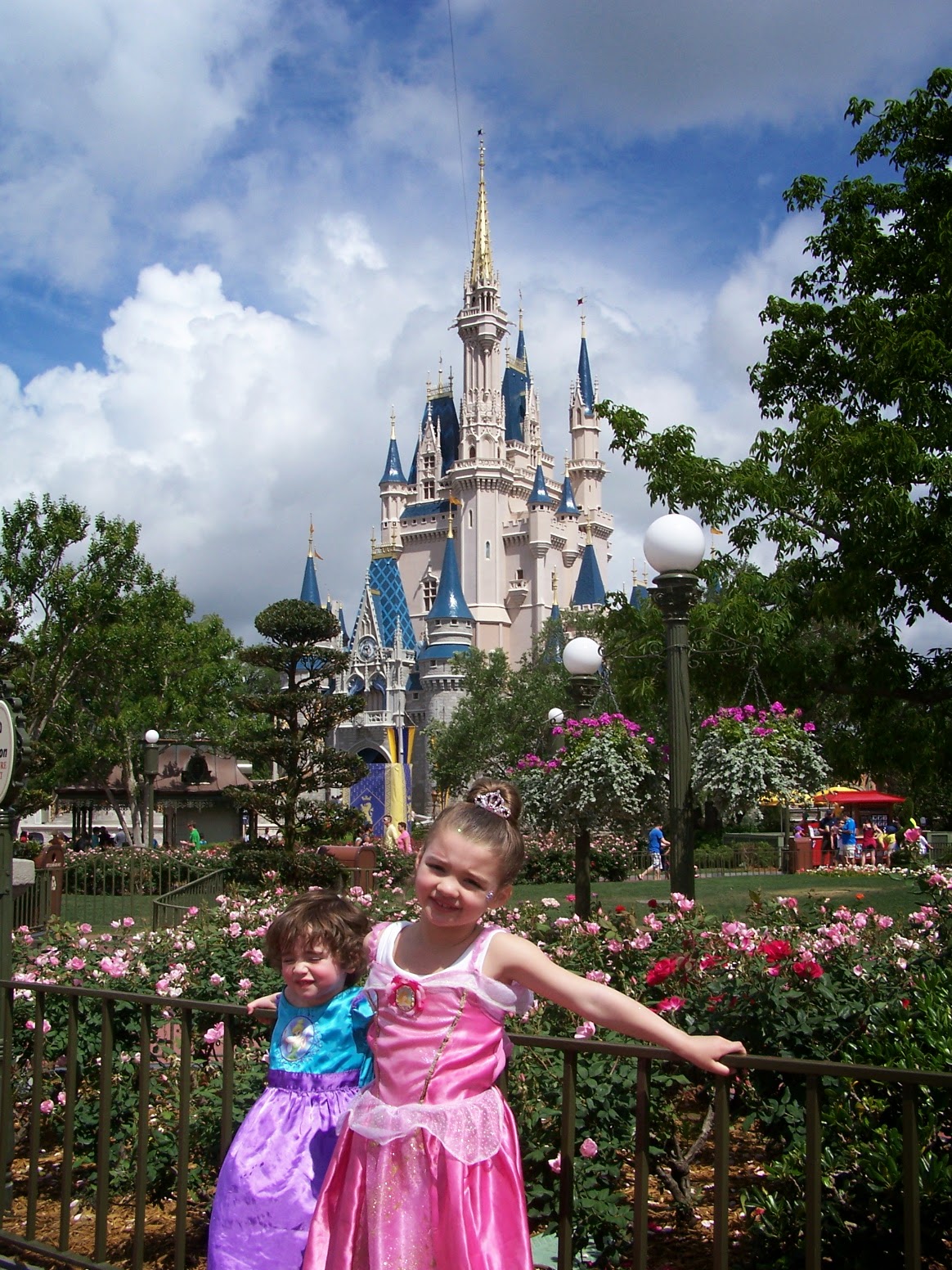 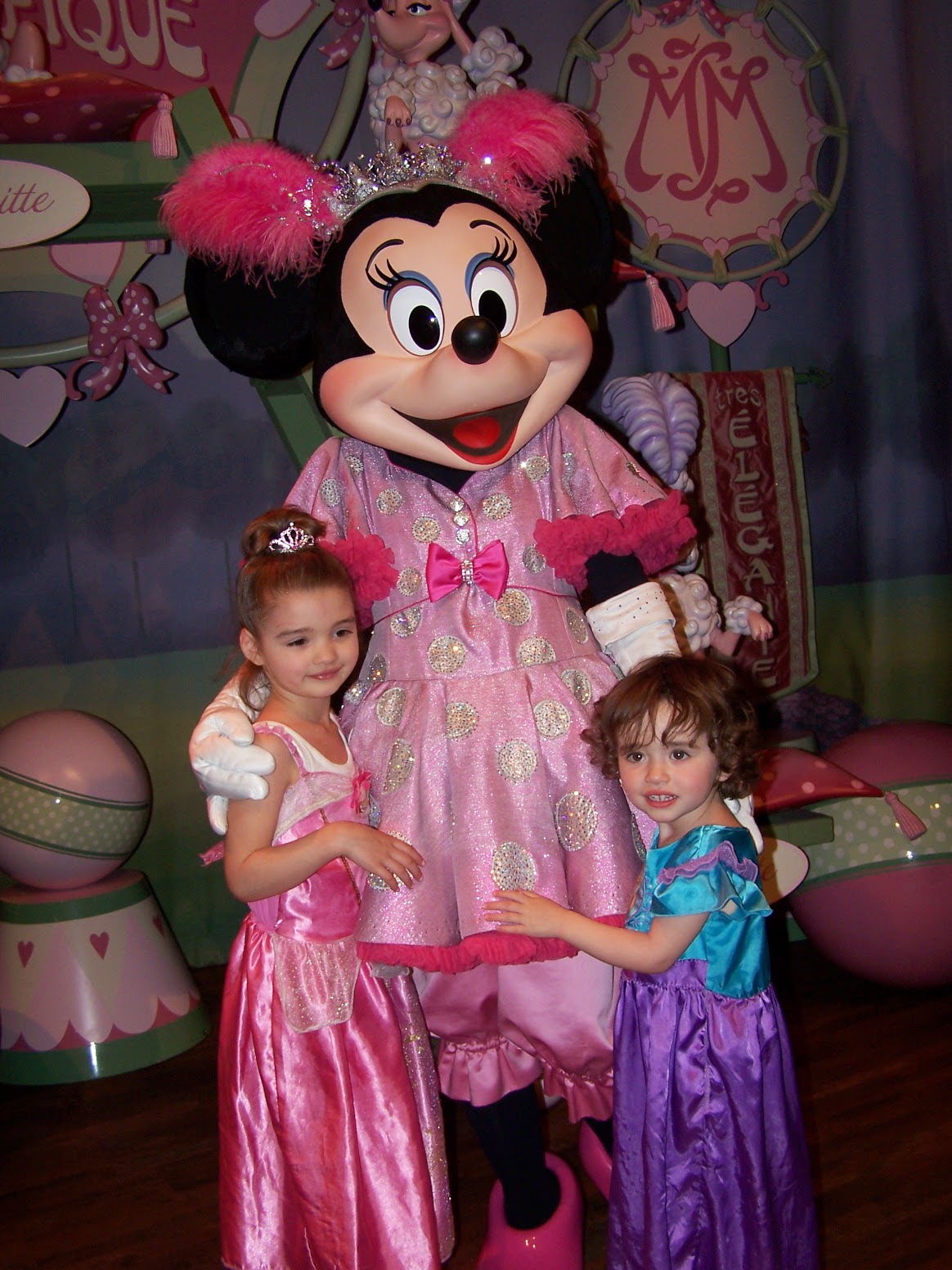 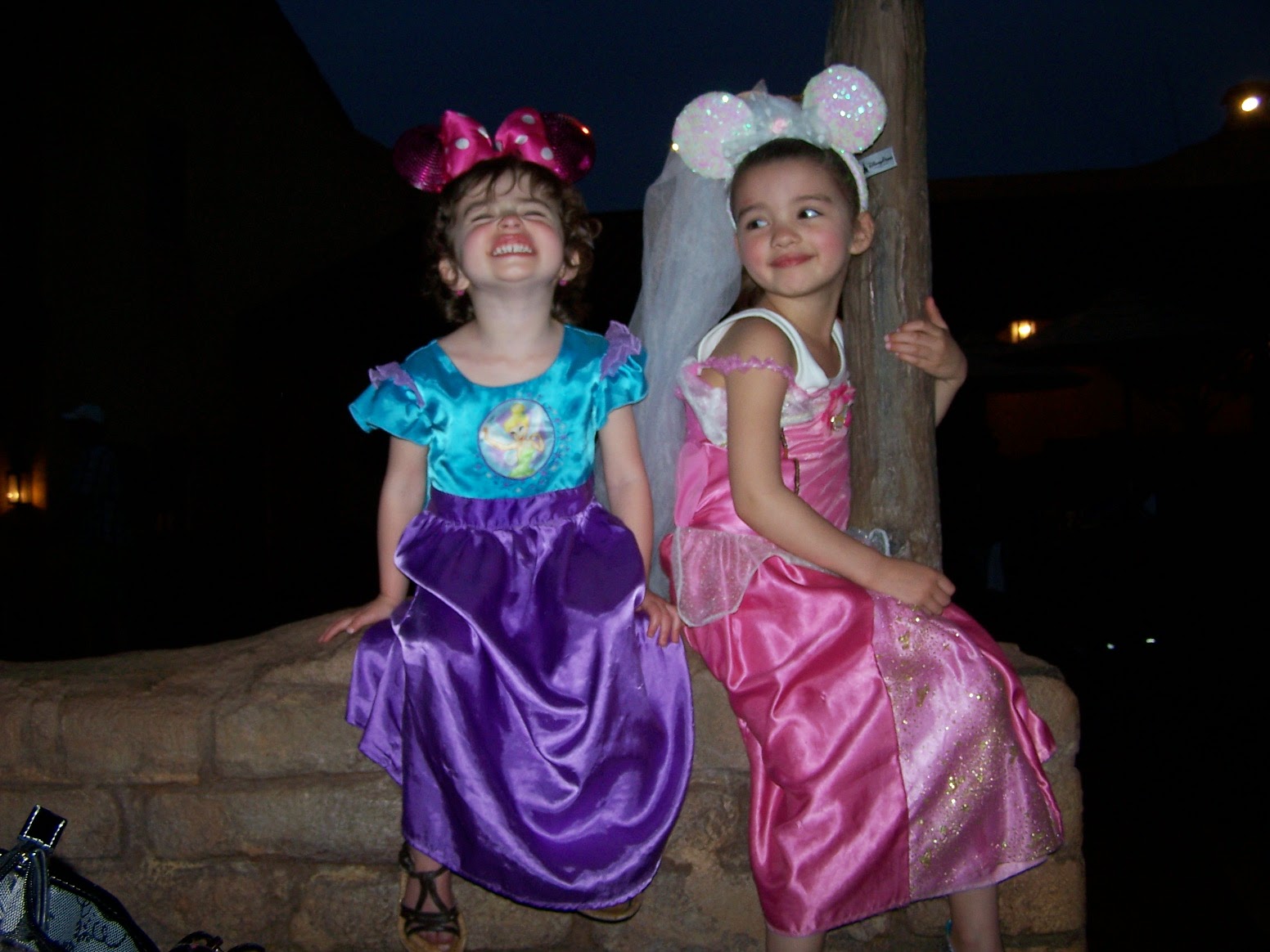 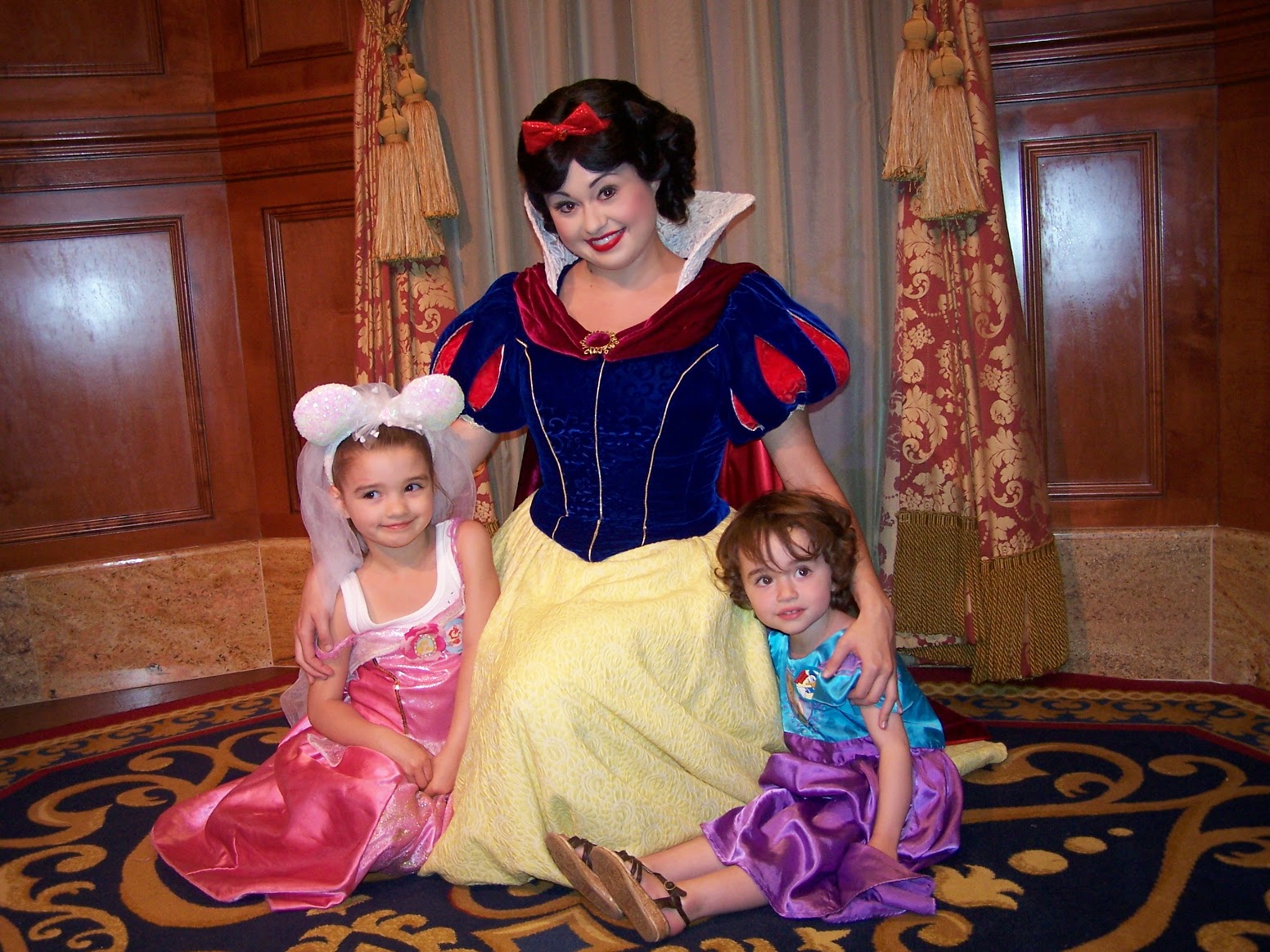 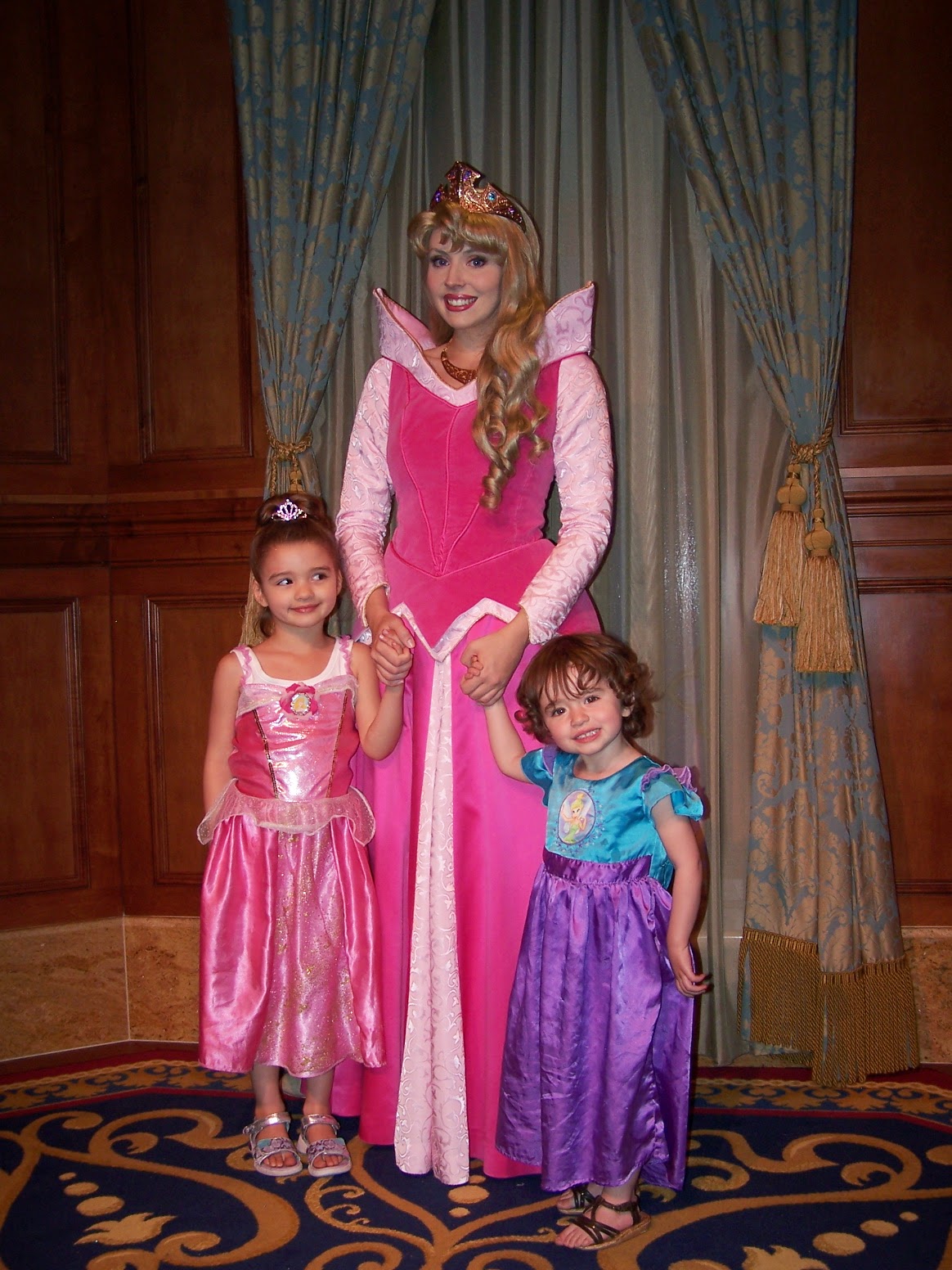 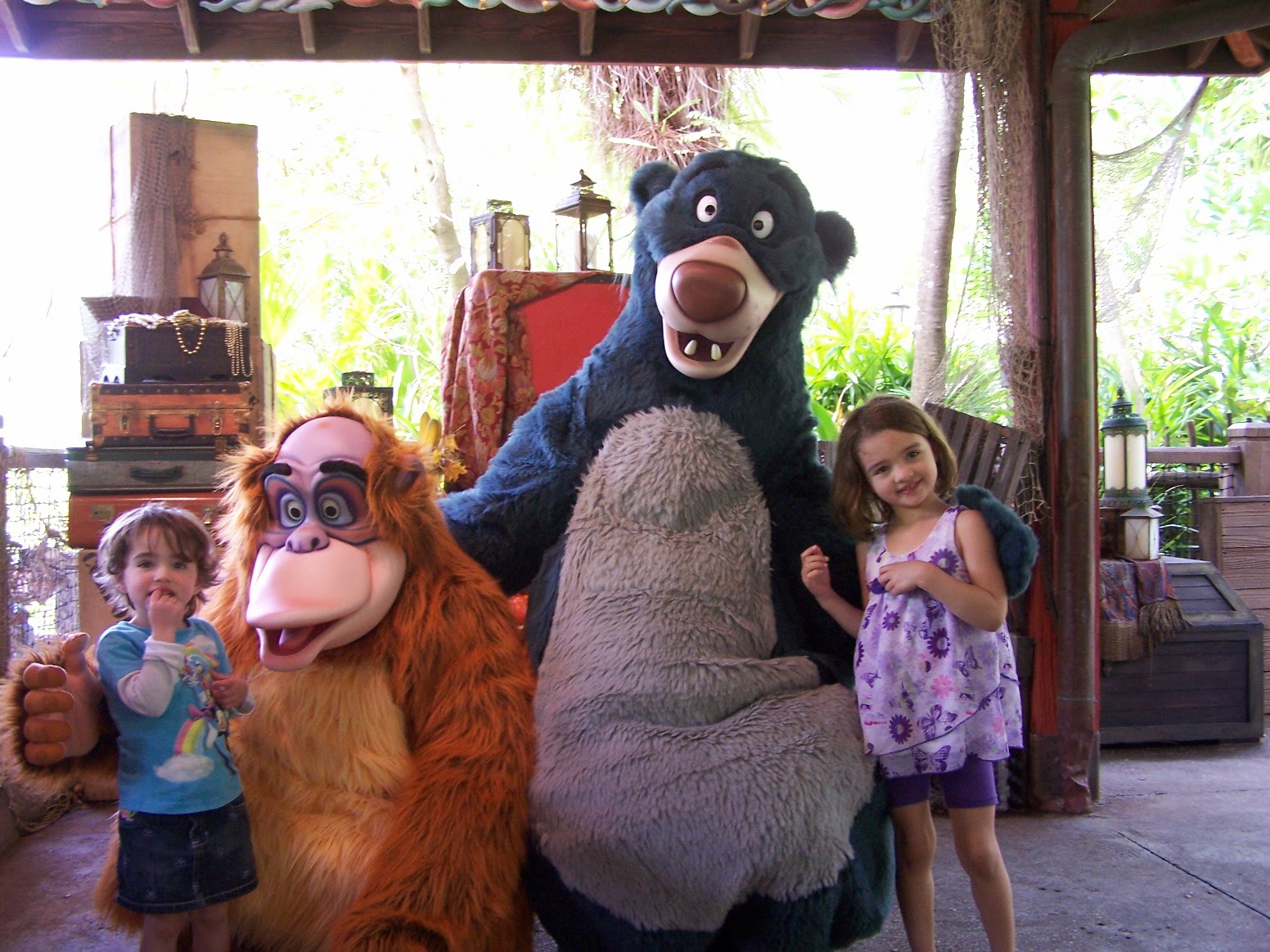 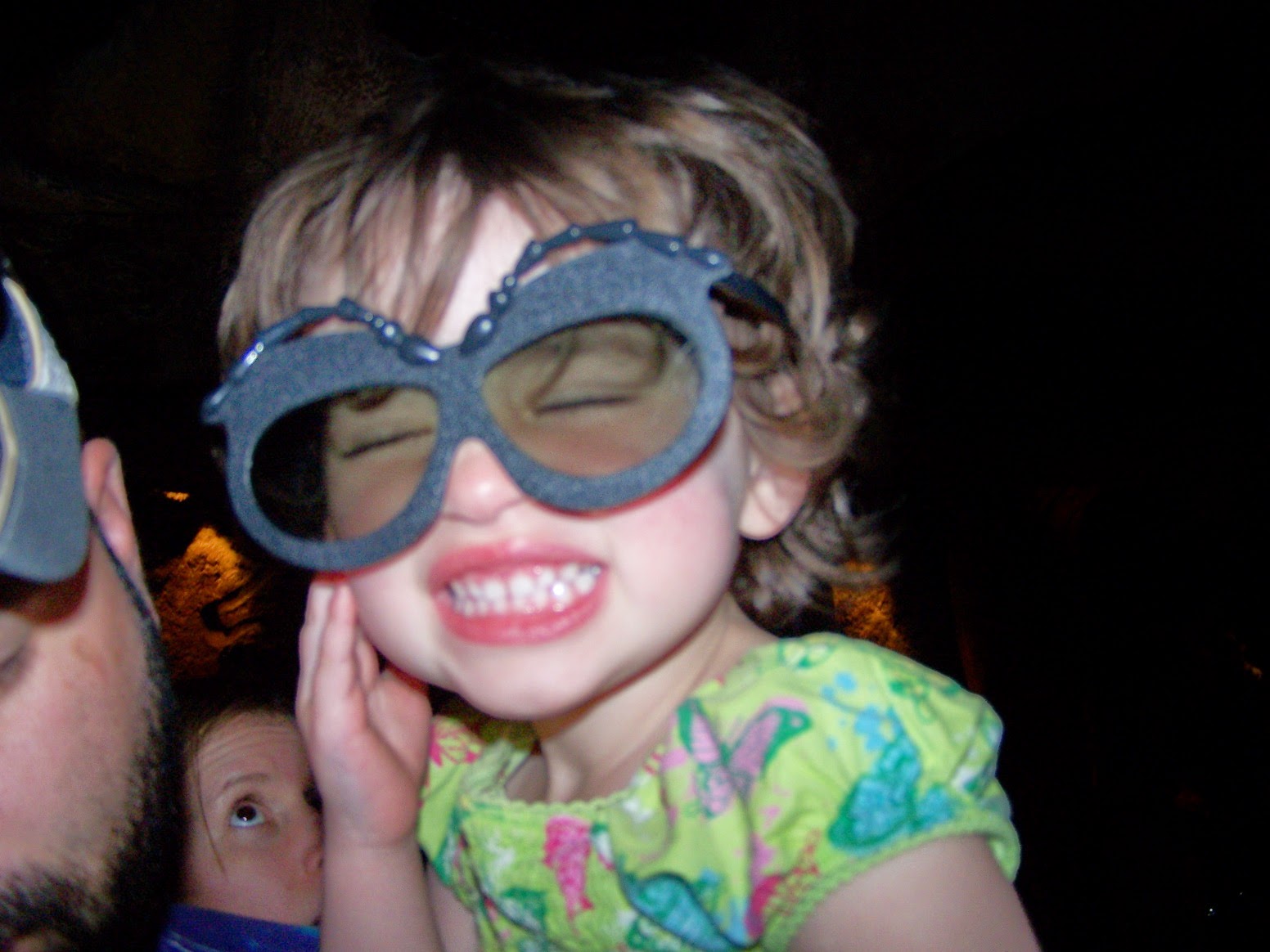 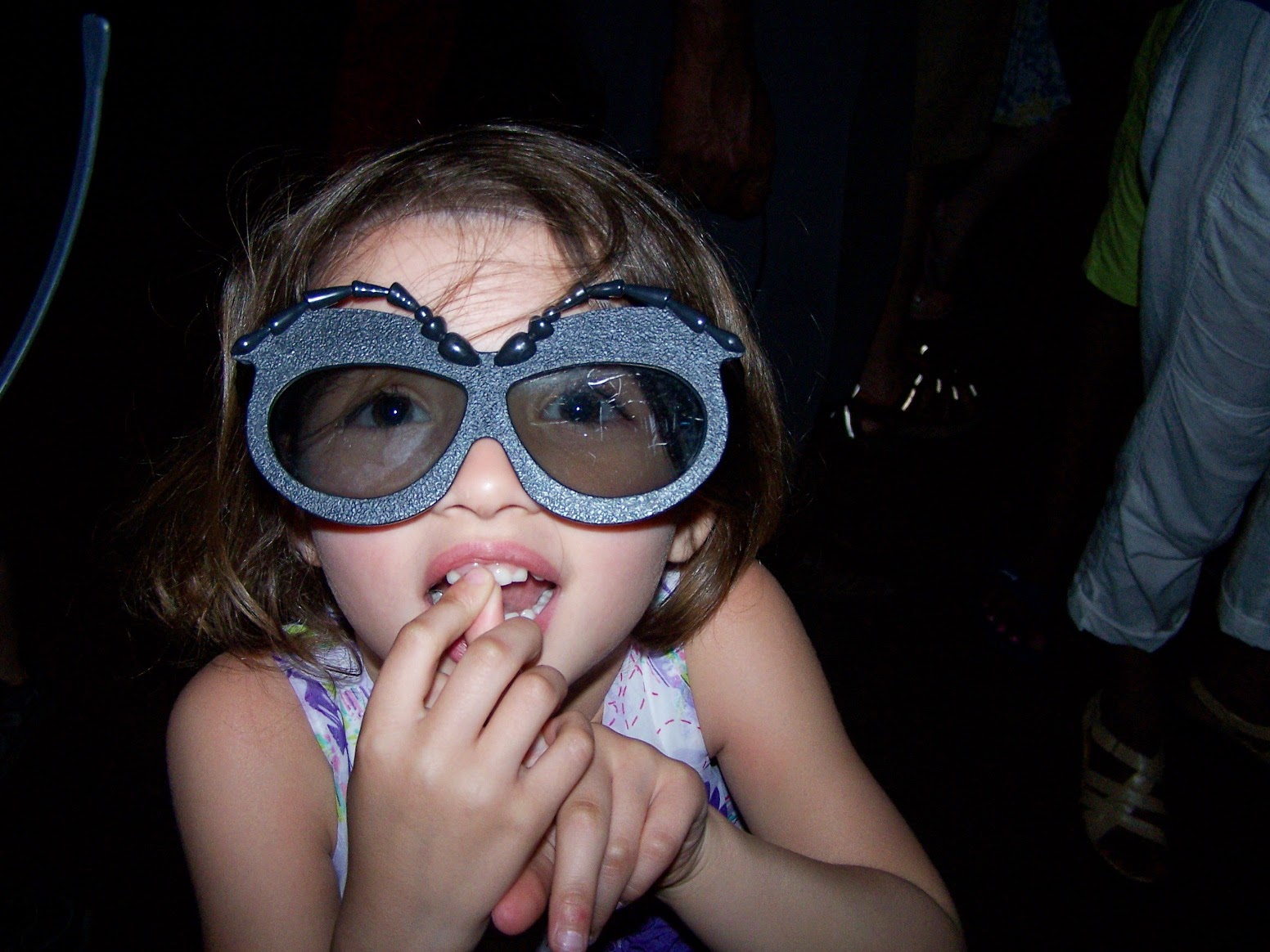 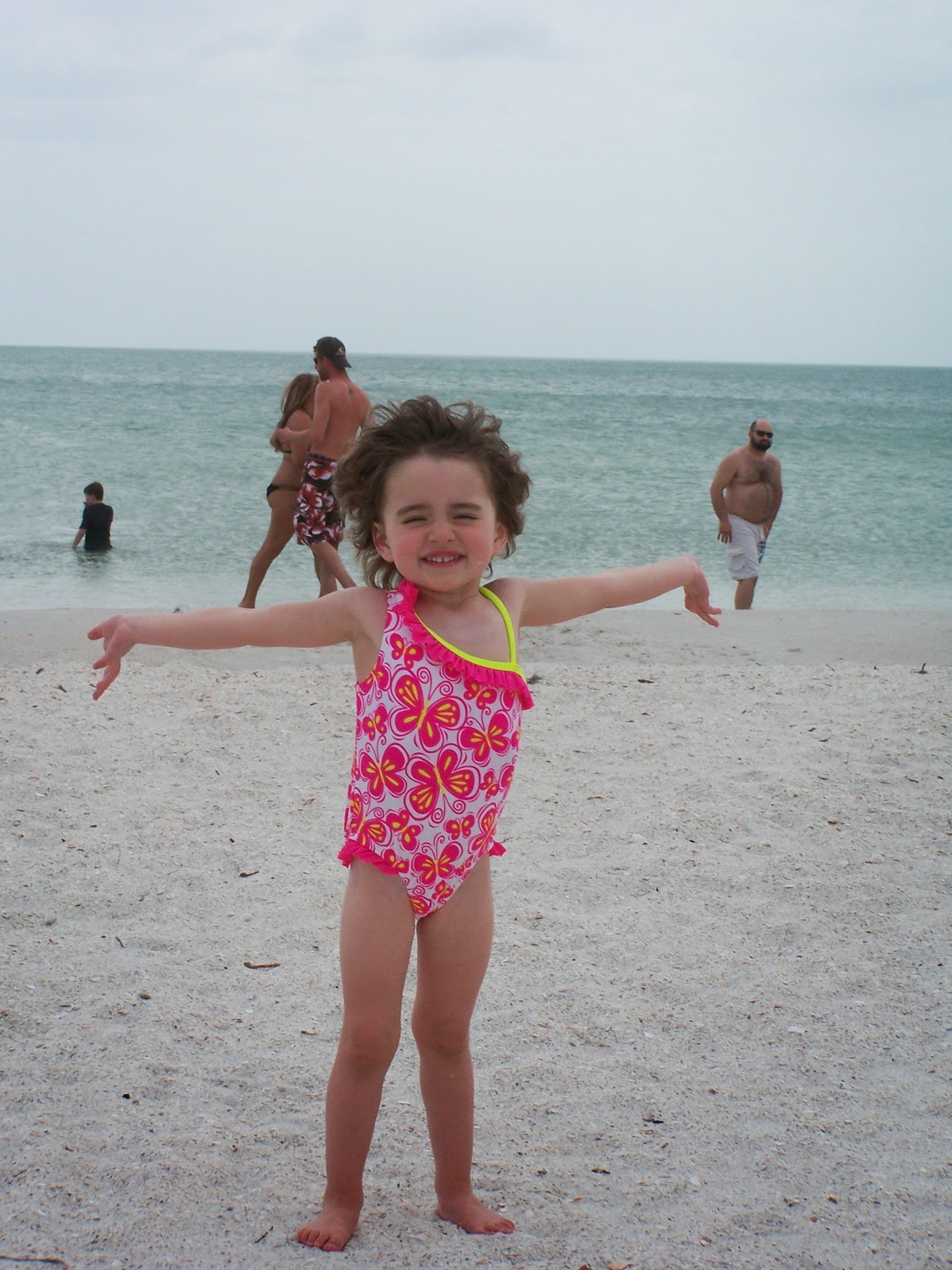 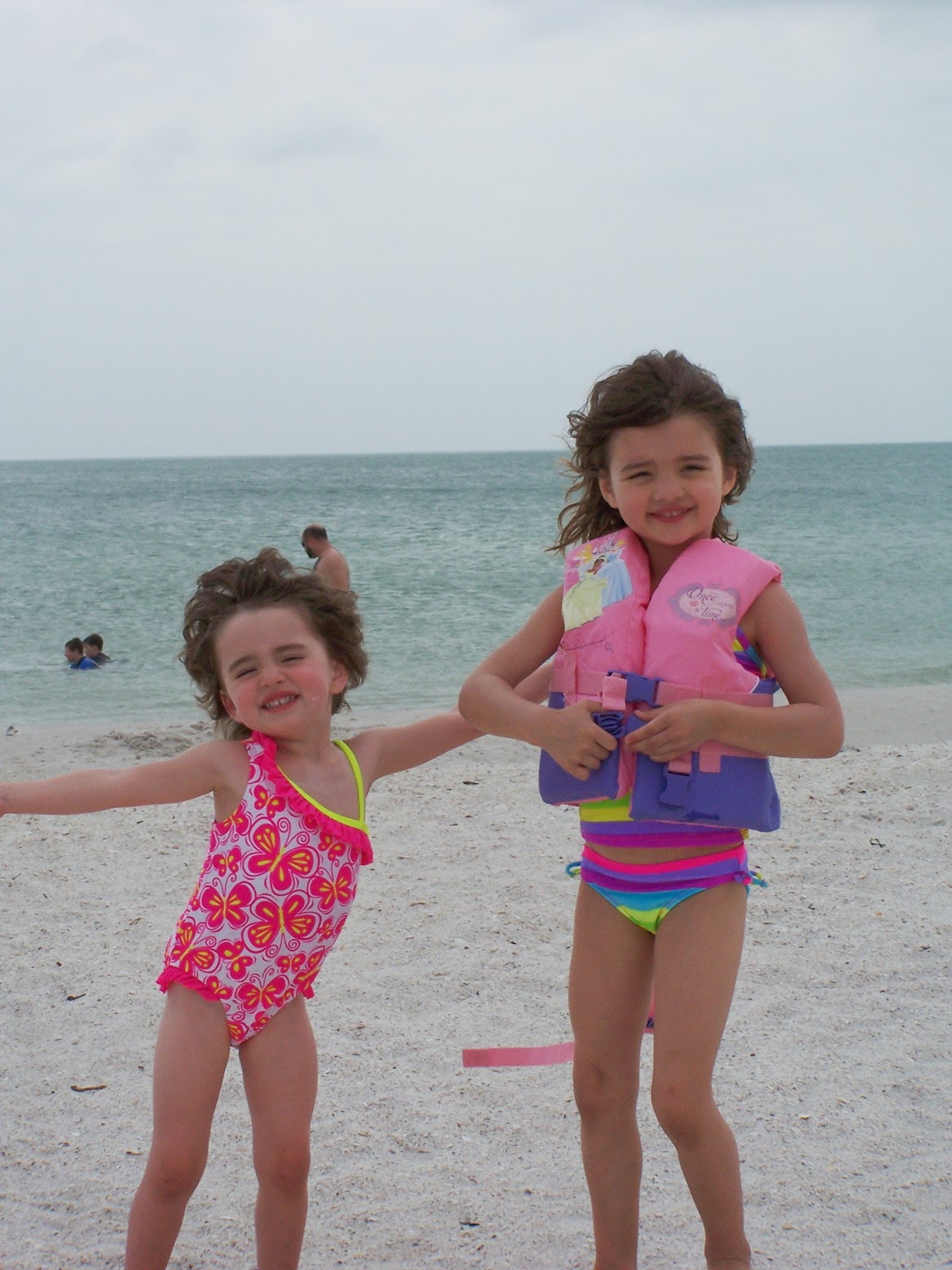 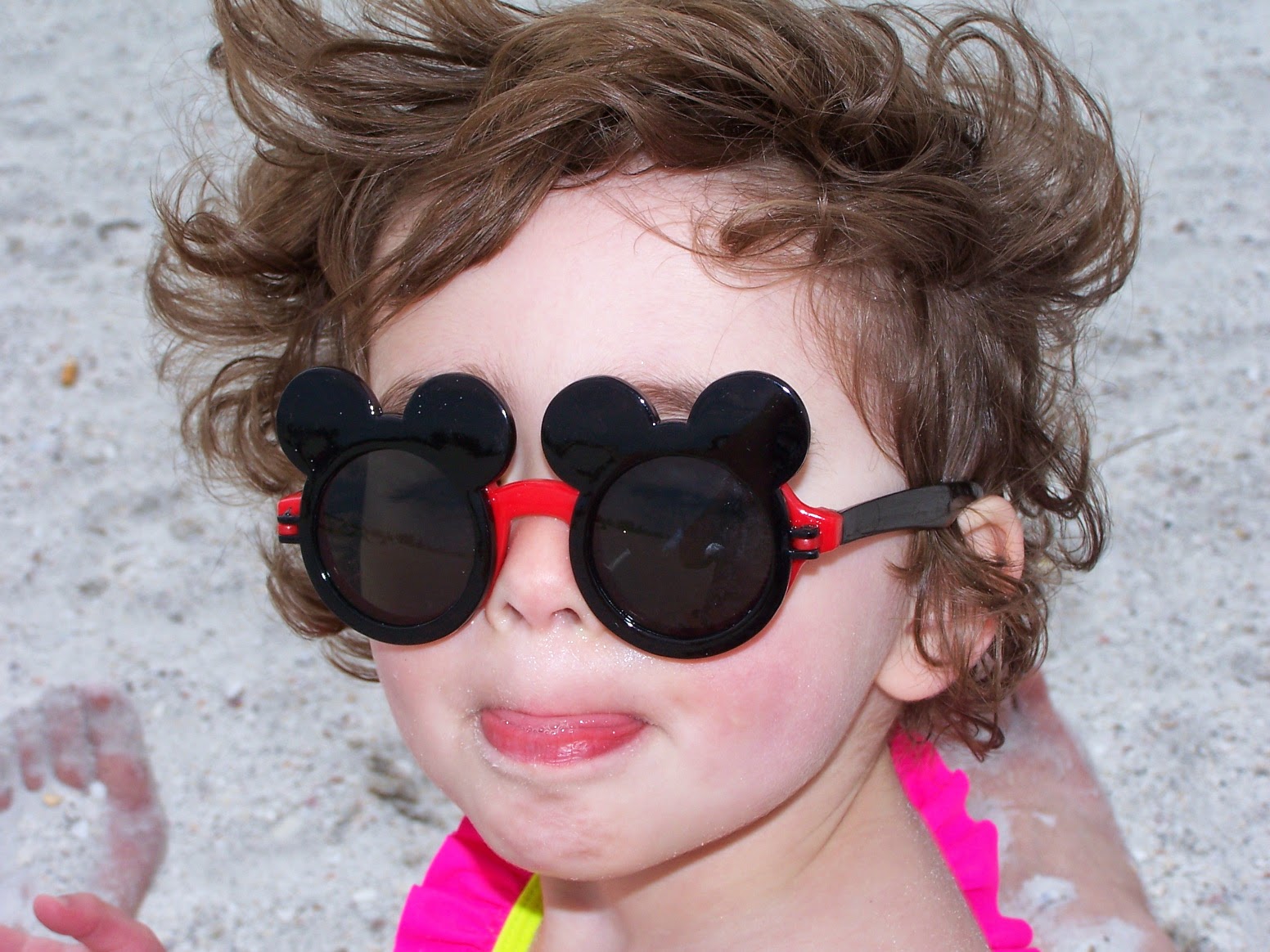 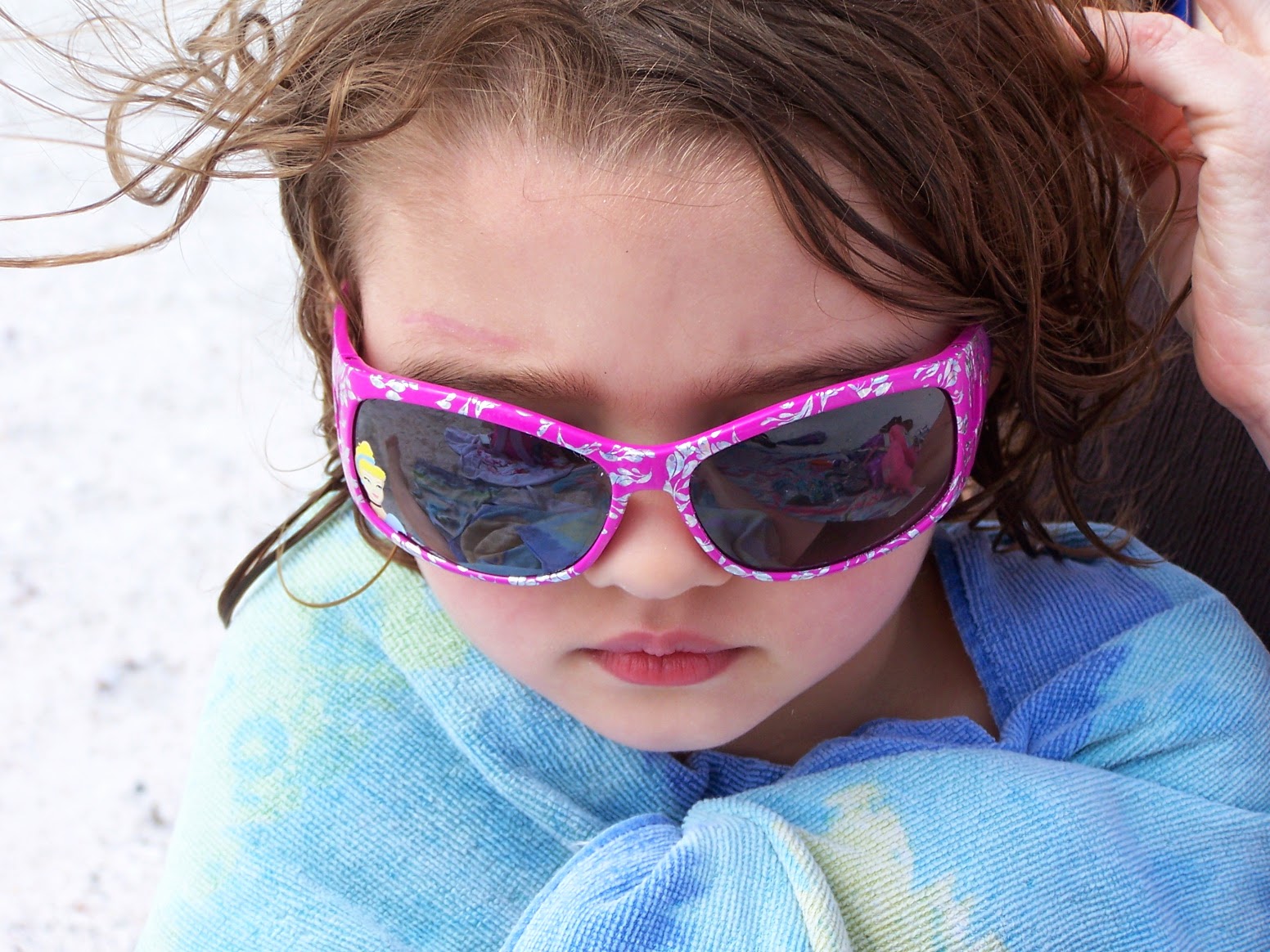 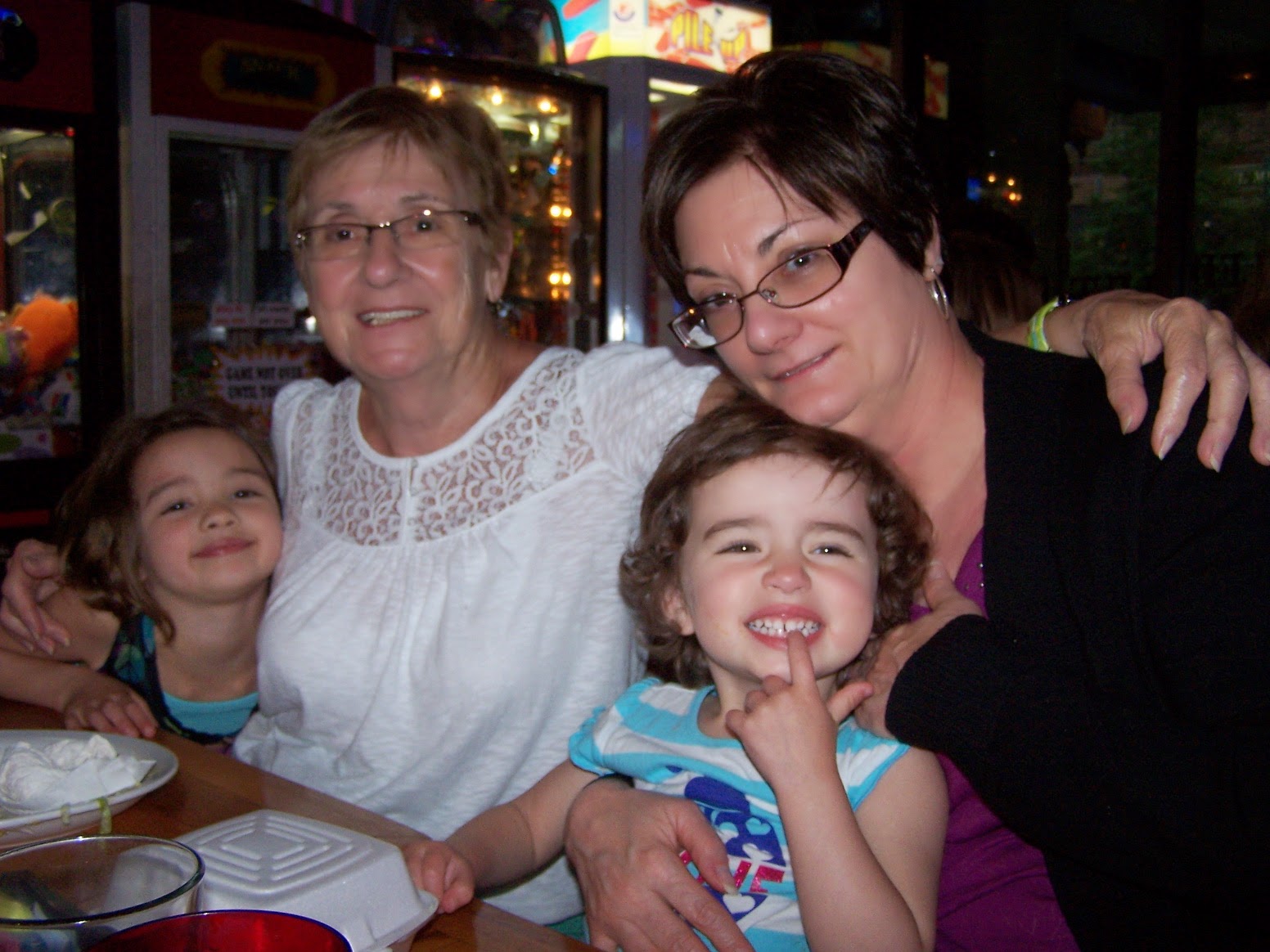 
Posted by Stepping into Motherhood at 11:52 PM