Protest and Riots in Baltimore 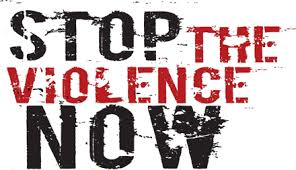 As I am watching rioters and gangs destroy their own neighborhoods and make the city I've come to love look similar to a war zone, I can't keep my anger and thoughts to myself any longer.

This is just fueling the problem; not helping move towards any kind of positive change. This is just feeding into the negative, violent image of African Americans. There is a negative stereotype about African American men in our society that does make them a target, and it is unfair. But it's unfair to the good, honest, hard working African American men, not the ones that are committing crimes and disobeying laws and authority. I look at and think about some of the great African American boys my husband and I, as well as our current and former coworkers,  have taught here in and around Baltimore in the last ten years, and I keep thinking of them because I'm sure their emotions are running high. I know some of them feel targeted due to the recent national events with police and the African American community. Events like what is happening in Baltimore City with these riots just take away from the movement for change and justice. These violent African American teens have hurt their own cause and in return continue to build the negative image that the good honest kids myself and others have had the privilege of working with and teaching will continue to have to overcome.

As one of my former students pointed out in response to this how come they "protest" this but when her good friend was murdered by gangs it goes unnoticed and no one is protesting that violence or injustice.  No one will even come forward to get her friend justice because of the "no stitching" code. Instead Freddie Gray's death is being used as an excuse for continued violent behavior.

I'm tired of the cries that these men killed in police custody were "innocent". I understand their deaths may have been uncalled for, but if you're going to commit crimes and then run from the police and  defy authority you better be prepared for the consequences that occur. Police officers are not unemotional robots. As a public servant myself, I can only imagine the abuse police officers face. When someone that yes is suppose to be the bigger in control person, finally snaps in the face of constant disrespect and sometimes violent behavior you can't completely make them out to be the bad guy. I know two wrongs don't make a right, but quit making the inaccurate claim that these men were "innocent". The response we often get from others is a reaction to our actions, not necessarily our race.

Change does need to happen. There do need to be some serious conversations. But change has to start within ourselves. We have to be the positive change we hope to see in the world. Represent the perception you want society to have of your culture. Encourage others to be a positive example of what you want society to perceive of your race and culture. .
Posted by Stepping into Motherhood at 5:45 PM