Wait! I only have 12 More Years to get this Right?

Several friends and I are closing in on our first year of kindergarten as parents in the next month or so. With that we recently just celebrated six year old birthdays too in which I said we were 1/3 of the way to raising them to adulthood.. However, while I was doing division my friend was doing subtraction and informed me that in just 12 short years our girls (we all three have girls) will be 18 and seniors in high school. WHOA!

Putting it like that stopped me. Twelve years is such a short amount of time! I start my twelfth year of teaching next Fall. Sometimes those first few years seem like yesterday, and so much of all of it just seems like a blur in time looking back. Is that what these next twelve years are going to feel like?

On top of that, you're telling me I only have twelve years to figure out how to make this little six year old girl a self sufficient, responsible, successful adult. That's a lot of pressure!

These first six have been a lot of trial and error as it is. So far we've managed to get her head caught in a lazy Susan with the possibility of having to call the fire department to extract her, sent her down a snowy embankment to the emergency room, sent her through 21 days of intense antibiotic treatments for lyme's disease from the exposure from all the outdoor play we enjoy, gave her the opportunity to prove that she's not Tinkerbell when she tried to fly, and God knows the list of other mishaps and mistakes we've made along the way. That's not even counting blunders like the time she convinced her dad it was okay to have pie for breakfast.


Then one thing or one person is telling us to not be so hard on her, but another is telling me I baby her too much. One thing stresses the importance of involvement, activities, and structured education; while the other says more play and less structured work. One says make them work harder for the things they want; the other says it's our time to take care of them now they'll have their whole life later to work. One says be present for everything; the other says being present for everything is being a helicopter parent. One says be engaged with your kids with daily activities; the other says we shouldn't "entertain" our kids. AHHHH! How are we suppose to do know what to? Which is the right way to parent? What if I listen to the wrong advice, follow the wrong parenting model or formula? So much pressure!!!!!!


WAIT. I'm a well educated, self sufficient, independent, successful adult. As are my two friends and so many other parents out there. Yes, I am imperfect, flawed, and going to make many more mistakes besides not hovering over her every second to catch her when she decided to try to fly like Tinkerbell. She is also imperfect, with this thing called a mind of her own, and I'm sure sticking her head in the lazy Susan is not going to be the last bad decision she makes. No matter what the latest article on the internet says, there is no magic formula to raising kids. There are way too many variables to make it an exact science.


At times I'm a little intimidated and anxious about the school age, tween, and teenage years to come. I have exactly no experience for the job I'm about to embark on these next twelve years. Just as confident as I am that we'll make mistakes, I also think we'll figure it out. We don't have to create the perfect parenting formula or kid. Even with our and their flaws, our goal is to help them reach their own potential to succeed in our imperfect world. I think we got this, ladies (and gentlemen). Don't worry so much what the internet says and just trust yourself in the end to know what's right. 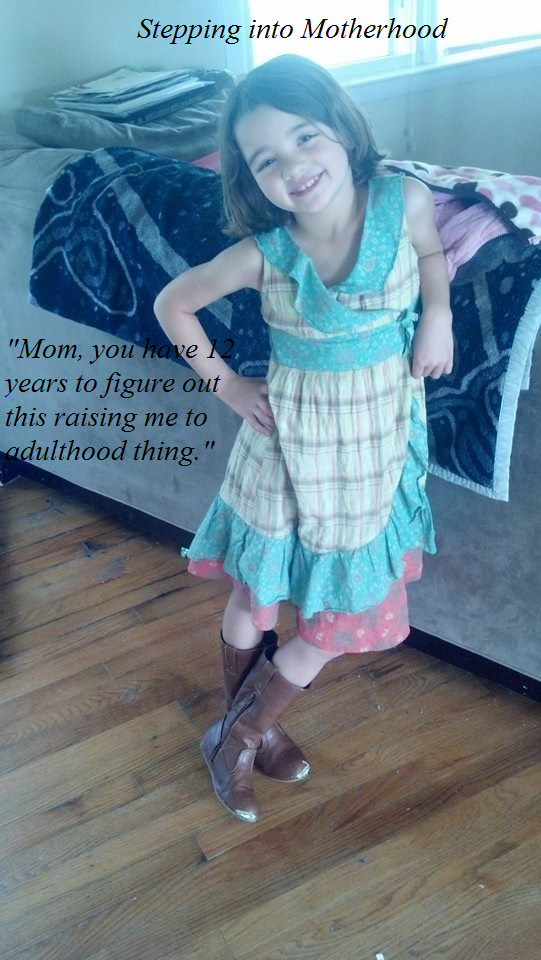 Our parents before us figured it out without the internet's constant contradicting advice; I'm pretty sure we can too. (We're just raising kids in the cyber age which our parents didn't do so I guess it's a little different ball game but that's for a whole other post).


The Life that Love and Faith Built