The Fault in Our Stars: The Unsung Heroes 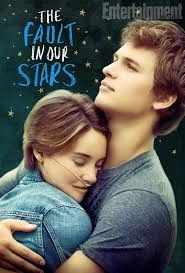 Cancer fighters and those that stand by these braver warriors to me are unsung heroes. The Fault in Our Stars reiterated my feelings for this. I am often unsure whose courage amazes me more: the one facing the death sentence of cancer or the ones that are left behind.

The biggest tragedy of cancer to me is that someone's life is left unlived whether it's a child, young adult, young parent, and even someone who still has half their life to live. As One of the main characters, Augustus Waters, faced the reality of his impeding death he feared living a meaningless life that wouldn't leave a mark on the world.  He always imagined greatness as living a life that all would know about and "would go down in history as meaningful and heroic".

As an adolescent he still sees greatness and heroic as something connected to the illusions we imagine as children-star athletes, celebrities, and warriors taking out the bad guys like those  in his video games. Even though there can be role models and heroes in these roles, living a heroic and meaningful life is possible for everyone. As he faces his mortality, his "star crossed love"  reminds him that he doesn't have to be known to the world to be special and have a meaningful life, “You say you're not special because the world doesn't know about you, but that's an insult to me. I know about you.” We matter and impact the lives of those around us. We leave our mark on them way after our death.  That mark we leave on our family, friends, those that had the privilege to be a part of our lives matter.


Besides facing death one of the other plot lines of the story is to track down the author of a book both characters read in order to get answers to the ending of his tragic novel. Hazel understands the literary meaning of the author ending his novel in the middle of a sentence. It ends before it's complete just as a person facing a terminal illness life ends before the story of their life is complete. Hazel wants to know what became of the other characters after the main character's life ended and these are the answers she seeks just as her biggest worry about dying herself is what will become of those left behind. Her metaphor of being a grenade, "I'm a grenade and at some point I'm going to blow up and I would like to minimize the casualities," is what keeps her from truly living and building relationships at first. She's afraid to matter to others for fear of the emotional trauma they'll face after her death. But others that have been left behind will tell you it's better to have known and loved them than to have never known them at all.

Many say that beating cancer isn't about dying or not dying but rather about living. I don't know about you but I've known way too many cancer fighters in my life, one who lost her battle as early as age 10. We're all going to die, but it never ceases to amaze me how a person can live more of their life in 18 years than one may in 70. To me this is where they become heroes because even faced with such a bleak future I've seen so many real life heroes, just like Gus and Hazel, that choose to truly live and experience the joys of life despite the shortened time they've been given. "I want more numbers than I'm likely to get, and God, I wanted more numbers for Augustus Waters. You gave me a forever within the numbered days." We don't get to choose how much time we have but we do get to choose what we do with the time we do have.

I've said it before and I'll say it again. No matter how much time we have with our loved ones or to live our life it's always too short. To me the unsung heroes are those that continue to live and embrace life despite the fault in their stars because "the fault is not in our stars but in ourselves" (William Shakespeare)  if we don't make the most of the time and life we are given.


Posted by Stepping into Motherhood at 12:25 PM