Some Nights I go to Sleep Terrified 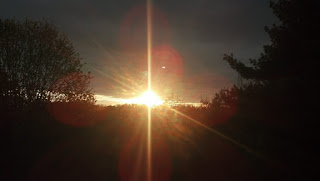 It's in the call from family saying an eighteen year old was hit by a car.

It's in the news that a cousin lost her twenty year old to drinking and drugs.

It's in a coworker's announcement her nine year old niece's cancer returned.

It's national news that a family lost a toddler to a tragic accident with the wildlife of nature.

It's in the message sent warning parents a sex trafficker is in the area picking up kids.

It's in the social media pages asking for donations for a little girl hit by a truck while riding her scooter.

It's in the asking of prayers for a healthy young athlete that suddenly passed in his sleep.

I lie awake at night terrified. Will I be next? Will it be me one day whose world is shattered with the loss of a child? Can I even stop it. Even if I stripped my child of his or her independence to keep them under my watchful eye at all times is that any way for them to grow up? What of the dangers that could be lurking within their own body?

At night as the darkness closes in on us our greatest fears creep out of the shadows. They claw at us, consuming us in waves of anxiety at times. The dangers of letting our children live life is terrifying. As scary as it is we can't protect them from everything; if we want to allow them any chance of living life and gaining independence we can't be there every second of their life. As my dad once said you teach them what you can to be safe and make good decisions and you pray. We pray they make good choices, we pray they know how to avoid dangerous situations, and we pray luck is on their side and they're not the next tragedy because tragedy is out there lurking and we lay there at night terrified, praying we're not next, and we pray for comfort and peace for those that are. We hold our children tight, absorbing every moment we can, warding off the fear that the next tragedy is coming for us.

Posted by Stepping into Motherhood at 8:20 PM