"A third kid, really?" is what I tend to hear when either myself or even others have talked about more than what has become the socially acceptable two children per family. Personally, I always get a kick out of how other people can get their panties in such a bunch about other people's life decisions. I recently saw a friend posting something in her defense of her choice to not have children. I've also seen another friend share reasons why parents are choosing and defending their reasons for having only one child. Then if you decide that your ideal family includes three or possibly even four children you feel like you have to deflect accusations of trying to be the next Duggar family.

So society may say two kids is the supposed "acceptable" number but I've always kind of liked doing things outside the norm or the total opposite of what others tell me to do. My parents would be the first to agree with this statement.

But aside from just wanting to go against the norm, I have several other reasons for wanting a third child. I've always wanted a big family. If it wasn't for money, I would seriously consider four. After four, I start to worry that I'll get them confused, forget one, or misplace one somewhere so I really think the cut off would be four at most, but probably three to be safe. I worry about money a little with three, but aside from their activities, the expense of three when we travel is what I worry about the most. I love the bond and relationship among siblings; it's a friend for your whole life. I love big family gatherings. I always imagine us like my parents, empty nesters, but with our house filling up at random times throughout the year with the laughter and joy, as our adult children return to the home we raised them in to celebrate the holidays and milestones in life.

I'd like to think it's no surprise but I LOVE kids. I love adults too and I look forward to the relationships I'll have with my adult children, but even though I'm not a huge baby fan, I love kids. They are so funny, so loving, so honest, so full or life and joy. As a parent you get to help something grow and develop into its own functioning human being. What an awesome thing to say you accomplished in life! What better way to stay young in life than to surround yourself with children. I don't want to force society's expectations of children upon my own children, but I do want grandchildren some day, so I better have a couple of my own kids in case one or even a few of them decide kids aren't for them, right?  I hear often that once you have two, going to three kids is the easiest adjustment of all. The first one you just have no idea what you've really gotten yourself into, with the second it's the adjustment to what will become the norm of parenting chaos, and so with the third I guess you're already living in the land of crazy so really what's one more.

In some cultures wealth isn't measured by money but by family with how big and how deep your family ties go. Love and family to me is what it's all about. There are other things to life but the memories and moments that make me the happiest involve family and that love that is always so apparent so why can't I make my life wealthy in the way that I see makes it richer than anything else ever will. 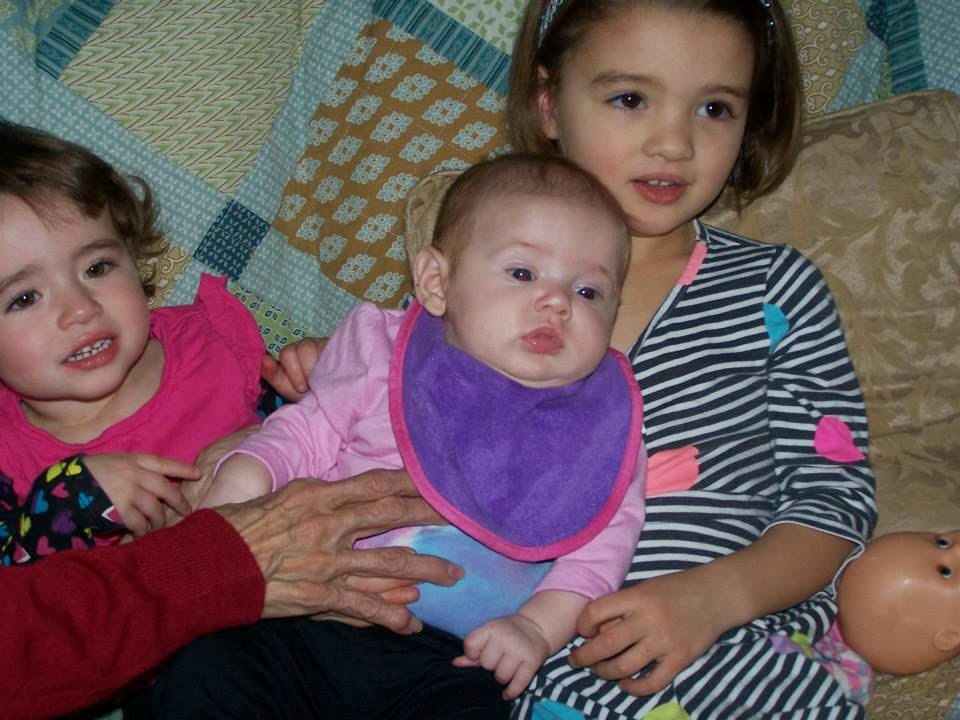 "Mom, Can we have one of these in the boy version?"


On a side note: Don't be expecting any baby Glenn #3 posts anytime too soon. We got some other things on our plate in 2014 before we attempt to bump our crazy up a notch : ). But hopefully there will be one eventually. Maybe one for daddy in the boy variety.

The Childhood Things I Will Miss

Posted by Stepping into Motherhood at 9:25 PM