My Kids Didn't get the Memo about starting 2014 with Boring

In my Hello, 2014 Post I stated how we were ready to bunker down for the winter and have a nice, quiet more a less boring next couple of months. For someone that doesn't do boring very well, I was actually looking forward to it for a change. Our lives were pretty hectic and stressed in 2013 so I was more than ready for a quiet start to 2014.

However, my children must have not received that memo. That or like myself they just don't do boring very well. We are only five days into the new year and for this week's Southern Mess Moms Mischievous Monday, I am not even sure which of the three stories that occurred in just five short days that I should share.


First on only the second day of the new year, my youngest daughter decides she wants to beautify herself with sparkly lip gloss. She's two and I learned she obviously has no idea where lip gloss is suppose to go. I'm not really sure now what Santa was thinking putting those cute little lip gloss and finger nail polish packs in their stockings. I find her head covered in shiny, sparking lip gloss. It was a gooey, matted mess. Then I discovered she also smeared it all over her neck and chest. It took three baths before I felt like I got all of it out of her hair. 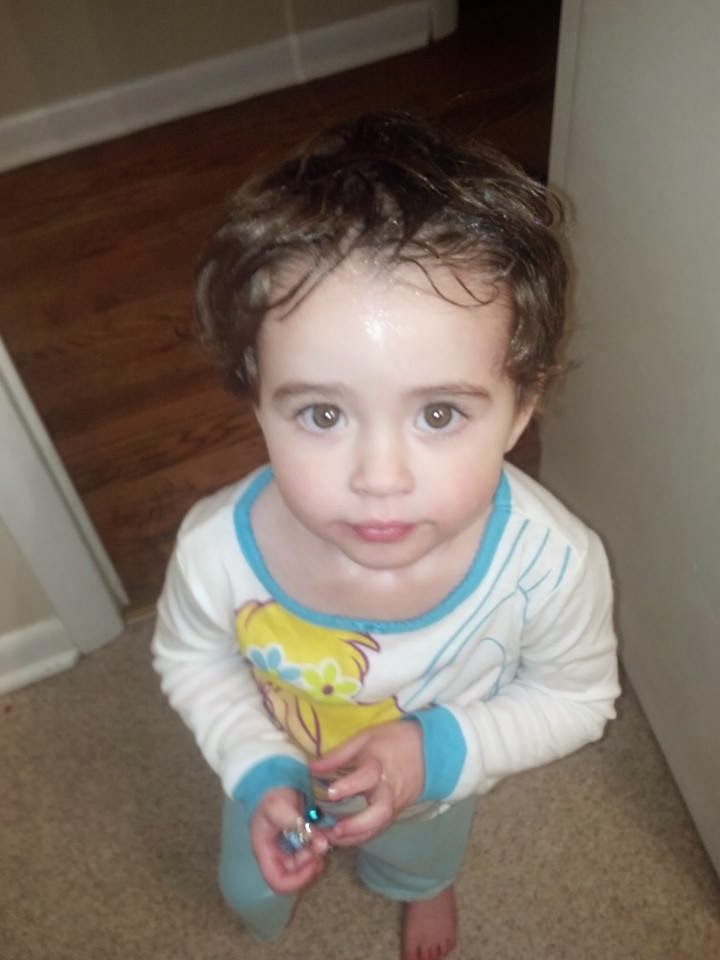 On the fourth day of the new year, we got to experience our first rush to the emergency room or what ended up being urgent care because they said they did stitches and it would be faster. While sled riding down our hill out back, a branch jumped out and took a chunk out of my oldest daughter's forehead. I pretty much knew as soon as I saw the blood streaming down her face and started hollering for my husband we were in for our first parent experience with holding down a screaming child to get stitches above her eye. 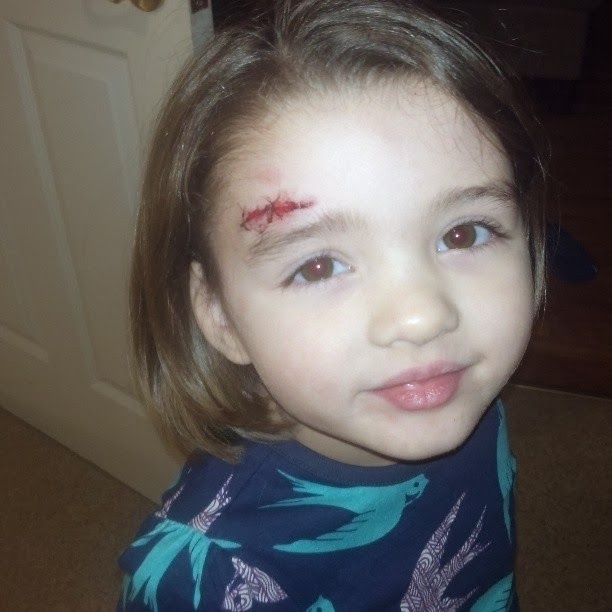 On the fifth day of the new year, my girls decided they needed to beautify themselves again. This time with the nail polish. Again, Santa, what are you thinking! Instead of their nails getting painted they pretty much painted their whole toes and fingers. Except my youngest whose one whole hand was pretty much painted pink and purple. At least this time unlike the last time, it wasn't red and spilt all over my bathroom, causing it to look like a mass murder took place in there.

So, 2014, obviously you plan to keep me on my toes again, but that's okay because I never really did like boring. Look at these two. Those faces have trouble written all over them but what fun it always is :) 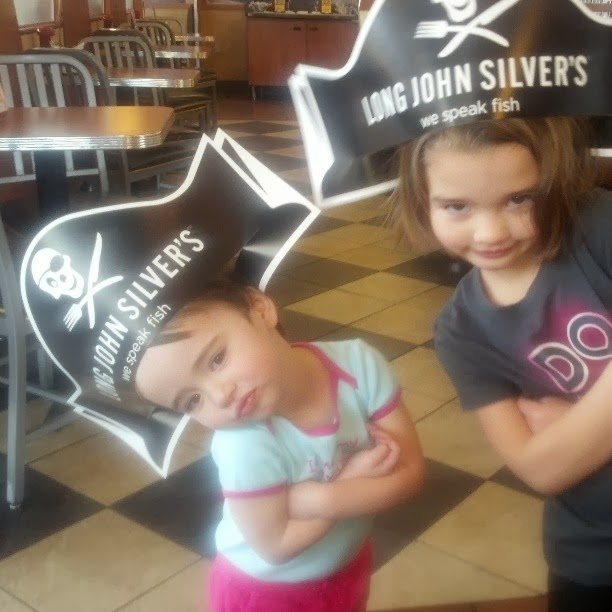 Posted by Stepping into Motherhood at 9:13 PM