Once upon a time, there was girl. A college girl in her last year of college, excited for the next chapter in her life that would begin in a few months. She waited tables at one of the local bars and there she met a boy. He wasn't going to school anymore and was pretty much running the bar owner's bars along the college strip. He was sweet, friendly, loved music and the social atmosphere. At first they were just friends but then over a few months they started to become more than friends. She was a little unsure at first. He was older, had tattoes, pierced ears (those things her dad would frown upon), his life was a little out of sorts to say the least and he seemed a little lost on his path.  He was a dream, a free spirit, the opposite of her since she was always the reality check type of person, the one who always had a plan. But they say opposite attract, and attract they did in this case. He swept her off her feet with late nights sitting under the stars of his topless Jeep, spring and summer mornings listening to classic tunes, with spontaneous trips camping, to the lake, and even halfway across the country. She knew she was in for the ride of her life when just two months after being together he said, "come east with me." Just pack up and head east and see what we find. He was that type of person that would just pack up, throw caution to the wind, and do it. She felt that she was living some kind of "Heads Carolina, Tails California" song. As much as she wanted to be totally spontaneous and take a crazy leap of faith, she convinced him to wait a year while she followed through on a committment to her first actual job.

The next year was tough. They lived two hours apart. He lost his job because of something her sassy mouth said (that's a different story) and even though he got a better job he was eventually laid off from that. Then the end of the year came and it was time for that moment of truth. Did she go east with him? There was something about this dreamer that drove her like a moth to flame. But their fairy tale wasn't perfect, and neither of them were strangers to relationships. They had both been down the failed relationship road in the past. At some point the fairy tale dies and the truth of who they each really are is bared. What awaited them when dreaming would crash with reality? 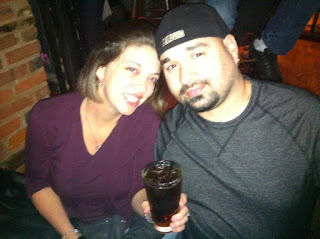 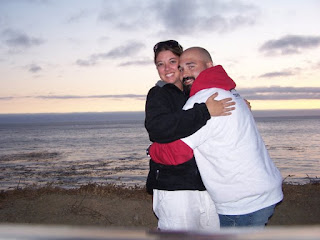 The years that followed from that first journey to truth and reality were at times still wonderful in some instances and ugly in others, the way ugly can be when two people get caught up in their own selfish attitudes and behaviors. We were two very independent people, stubborn at times, sure we were right and the other was wrong. I was the one with the temper but he learned quick how to match it. We gave ourselves almost four years out there together alone before starting our own family. It was a smart four years I see now. We both had a lot of growing up to do, a lot of things to see and fix about ourselves, things to learn to accept about the other, and the best thing of all is we had four years of having fun together. We traveled, we went to sporting events, we hung out and partied with friends frequently, had nice dinners out, and enjoyed the life we were slowly building for ourselves. We learned because we didn't have any family around that the only people we had to count on was each other. We became a team, partners, in working together to build a life we wanted for ourselves and the kids we would have. That unity of counting on just each other strengthened us probably more than anything. It forced us to work together and work through our problems with one another.

Even though we fight WAY less now than we did those four years (more like we have mild disagreements now), I miss the him and I that we use to be. But I love the him and I as mommy and daddy more. We are different and better people than we were then. But again as the fairy tale slips farther and farther away and reality settles in, the everyday life of parenthood and all the balance that it entails, I hate the gap that widens. The distance of who we use to be to who we are. We're so busy, we're so tired, we're so overwhelmed. We love each other but don't know how to make time for just each other anymore. Another summer goal of mine is to have time for just my husband again. It'll be eight years June 20 that we left to begin this life we now have. It's been a hell of a journey. There are so many stories to it, so many ugly and beautiful truths (maybe one day we'll share them all), but as beautiful as the fairy tale of love is, the reality of it is it's work. Hard work. You have to work at it everyday. Some days harder than others. I do not feel that ours is broken, not all, just a little lost in the shuffle of parenthood. We have worked hard at so many different things in our life, and we have worked hard on our relationship in the past, and I think to work on it this summer to rekindle some romance will actually be fun work. Maybe he'll leave me a love note in my laundry basket again or make me a CD of all the songs that remind me of our past again. 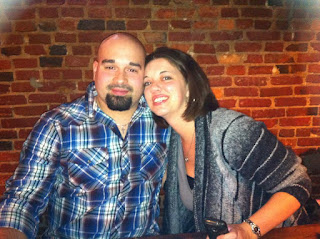 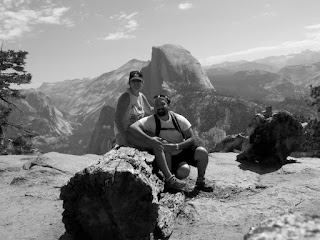 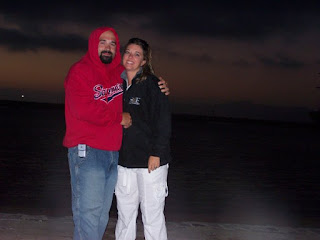 The road may be a little bumpy at times, but it's been a journey worth it. Excited to see what
the next ten years bring.

Posted by Stepping into Motherhood at 4:05 PM