We had a family camping trip this past weekend for Father's Day. Camping at least once a summer is a family tradition of ours. I rarely camped before I met Nate. When I was in high school my summer softball team would always tell our parents we were going to go camping for team bonding. That team bonding was just usually our excuse to try alcohol for the first time for most of us.

We went to Harper's Ferry in West Virginia, which we have never been to. Our campsite sat on the banks of the Shenandoah River where it weaves it's way through the Appalachian Mountains. They had all these awesome activities like ziplining, canoeing, and white water rafting to do, but once I start sharing our Griswold stories here in a minute you'll see that maybe it was a good idea with two little kids that we just hung out at the campsite and stuck to just checking out the old Civil War town of Harper's Ferry. But we will be going back and when the kids are older we are so going white water rafting. I love being on the river even with my not so great experiences from before which I'll share in a minute.

Camping is always such a nice relaxing escape from life. No modern day electronics, time is measured by the sun, and it's okay to feel like you sat around all day because spending your day sitting around outside for some reason seems so much more productive than sitting in front of the TV or computer. Nothing to do but enjoy the time with your family.

And this trip for once didn't really involve many Griswold moments besides the dog almost dieing but Bettis does live on! He's just moving much poor guy. When we went to see the old town of Harper's Ferry, Bettis, our dog, of course couldn't ride the shuttle to town so Nate decided to walk him there with our friends and their dog while I went with the others and our kids on the shuttle. Long story short, the dog about died. He's old, out of shape, and just laid down and refused to walk much further. He's an almost 100 lb dog so Nate wasnt' all about carrying him. But then we were all in the historic town finished with our sightseeing and because most of our phones were dead or left at the cars, we couldn't find Nate or the dog. So we probably spent a good hour of the afternoon trying to find them. At one point I hiked clear up this hill to this old Civil War cemetary, which I thought was cool (but I'm kind of an American History nerd) and I still could not find him. By then I thought I was dying. Wow, am I one out of shape lady. I was probably panting worse than the dog at that point. But eventually they found us and the poor dog laid down on the sidewalk and refused to move much after that. We had to do this wacky these people go here, you people here, and let's cram the dog into a car, and you have to get stuck walking back instead because the dog is just not going to make it if he has to walk a step further kind crazy rendezvous thing.

So no major Griswold moments but what are some of those moments. I say some because there really are too many for me to remember. And I started this blog way after all these moments so it's a nice way to make sure I never forget them.

1. Last year while camping we were running around trying to save our stuff, tent, and everything we could when a derecho with a tornado that touched down in the valley below ripped across the moutain in Virginia where we were camping. I grew up in tornado alley, so you would think I would know take cover and not save your crap was the wiser choice to make. But we didn't know what it was at the time.

2. Our Christmas tree which was strapped to the top of our SUV flew off our car as were driving down 695. Then we had to run out into the middle of 695 to "save" it.

3. We once rowed down a river in a canoe, a metal one, which a huge rain storm with thunder and lightening just erupted above us while we were in the middle of the river. Then it gets better. We parked the truck at the bottom of our river route so when we got there we'd load up the canoe and drive back up to the other vehicle we left where we started our canoe trip. Great plan except we left the keys all the way back up the river. And it was still pouring down like no other. So in the pouring rain, thunder, and lightening we hiked it back up that river road to the keys.

4. I have a problem of thinking nothing is the matter with my cars and so like to drive them hours from my house so they'll break down and leave us stranded for days. This has happened not once but twice. Yeah, my husband loves me in those moments.

5. One year at Christmas about ten of us didn't make a flight from Erie to Cleveland so they loaded us in one of those 15 passanger van things and drove us the two hours there. I wish my memory of the people in there was more clear but I seriously thought I had entered some whacked Christmas movie at the time. It was such a weird mix of people piled in very close quarters with the same Christmas CD playing over and over and over again.

So somewhere along the way my husband started calling us the Griswolds because we'd have what I started to call good bad luck. Crappy but sometimes funny later stuff would happen to us. He blames it on me, I blame it on him, and in the end we both think it's funny. I have friends that say they won't travel with us because we're bad luck. But we're always like, "But you know it'll be fun!" 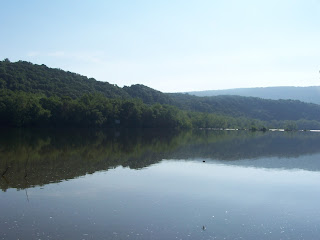 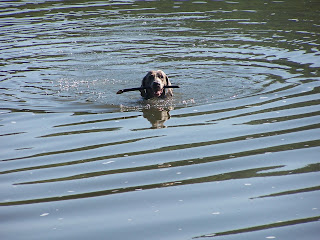 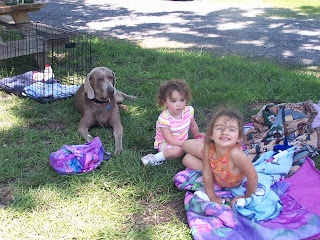 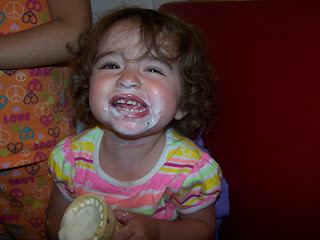 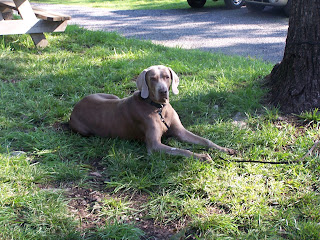 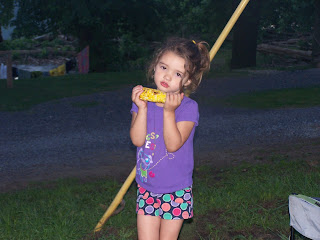 Averiella
Posted by Stepping into Motherhood at 1:39 PM