One of my former coworkers recently just started her own blog, Tiny Army Takeover, in which she wrote this great post about winning the lottery. Hopefully you read what she wrote so you get the idea here that I'm not talking about the green kind of lottery where we're rolling in more money than we know what to do with. I don't really look for that ever to be me because it has never been my life ambition.

My husband and I often differ about our views towards money and it's role in life. He thinks because I stress about it that I am too focused on it, but then on the other hand he never understands why I will say I have no desire to be rich or win the money lottery. First I spend too much of my life focused on it because as the bookkeeper of our household it's a big stressor sometimes to make sure there's enough of that green stuff coming in to keep up with what's going out. But second, money isn't what makes you happy in life. Otherwise why would so many wealthy celebrities take their own life so often.  I wouldn't mind being a little less stressed about it, but 3-7-11 didn't win me the money jackpot. It won me something far more significant than money.

I was reminded again of my lottery numbers when they recently struck again. Back during the 7 month of the year I wrote and submitted a story to Chicken Soup for the Soul and then in the 11 month of the year I was notified it was accepted for publication and now it will officially be published and released during the 3 month of the year. I've always wanted to share our 3-7-11 stories, but some may find it cool and others may just use it as confirmation that I'm a little crazy. If you're the type that has faith, believes in signs from God or someone above, and God's presence in our lives then read on. If you're the skeptical kind then I'll see you next post. I understand.

First of all, do you believe in signs? Signs that God gives us of his existence? I completely believe in them and have several stories I could share but I'm just going to focus on the 3-7-11 story. I see the numbers as a reminder or sign that God is present in our lives or at times their appearance has been reassurance that I'm making the right choices when I'm uncertain.

Let me start the story. First I am born on the 3 day of the month. I don't know growing up if I picked 3 as my athletic number because of that, because I'm one of three girls, or just because I thought it was a cool number. It is also a biblical number. Throughout my athletic years it was my number for the most part. Aside from that and its connection to my birthday though it never really had any other significant presence.

Nate was born on the 11 month in 1977. Same thing again. I don't know what prompted him to choose 7 and 11 as his athletic numbers but he did. 7 is also a biblical number. Again, I don't think until we met those numbers had any other significance to his life.

Then we met and the numbers kept showing up. We meet in the 11-2003 but started dating in March the 3/11 of 2004. We were married 3 years later in 07-07. Our first daughter even though I went into labor the end of February was born on the first day of the 3rd month. Our second daughter even though I spent half a night at the hospital in early labor in October was born 11-3-11. We were on our seventh year in our first house when we were finally able to make the long awaited move to the second and current one.

There are more smaller insignificant events where the numbers show up like they have in the last six months with the Chicken Soup book and even when this past fall when we experienced three random floods in our house in eleven days, which in the end lead to an actual positive. I wish I could remember all the even smaller ways the numbers show up in our lives but that's two examples in just the last six months. There are other smaller ones in the years between when we met and this fall. I've written about it before in my own personal journal. I'll have to dig those out at some point to refresh my memory.

But I find the appearance of these numbers reassurance of the path my life takes, especially when I see that my greatest blessings, my husband and daughters, are connected with my lucky lotto numbers. I don't need the numbers to bring me money. They've brought me something so much greater than money.

Faith. Look for it in the strangest places. You'll find it if you let yourself. 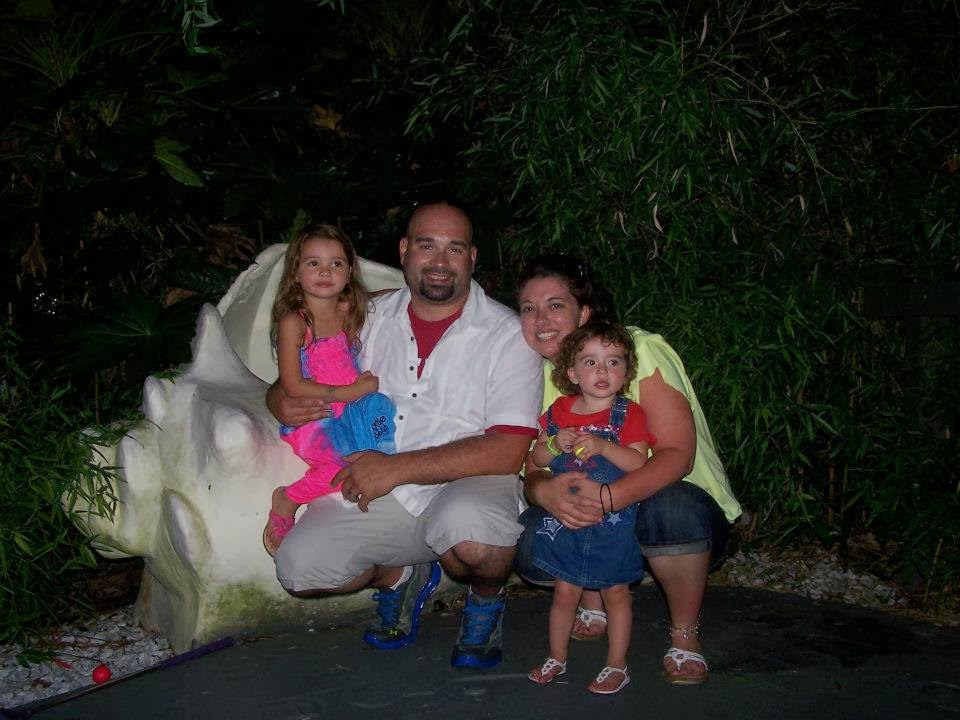 Perfect is Overrated﻿
Posted by Stepping into Motherhood at 8:19 PM