Who really wants to be the perfect parent? It's so overrated.

Nate is constantly worried that we're one of "those" parents in the eyes of Averi's teachers. I'm not really sure who "those" parents are that he's referring to. I can assure you though it is not the perfect kind. Every Monday when Nate drops her off we're suppose to return her with fresh cot bedding. I'm not really sure how many times he's forgotten this but this week they left me a slightly annoyed voicemail, which must mean that we've done it one too many times. They also have this stuffed animal backpack called Francis that they send home with each kid every few weeks. She brought it home tonight for probably the third or fourth time. Now when we see that thing the two of us go into panic mode. It's another opportunity for our parenting skills to announce themselves as incompetent. There are about half a dozen little odds and ends in that bag and somehow by the end of the night after they've been mixed in with all their other toys they're suppose to make it back in there. The first time she brought it home I don't think we realized she had it until the second or third night.  Other times I think we've sent it back with little things missing. We also let her get herself ready in the morning so a few times we've dropped her off in odd mismatched clothes or like the other day in the middle of these frigid temperatures she was wearing one of her summer dresses with black leggings at least I suppose.

I have been reassured lately though that we are not alone in our imperfect parenting capabilities. A good friend of mine just found out her daughter went to preschool for the day in a t shirt and tights. Tights, no pants.  After sitting around with some good friends this weekend, we all started sharing stories of the times we've "lost" our kids. We haven't really ever truly lost them. For long. They were all found safe and sound somewhere in each of our houses. They were just missing long enough for us to experience that moment of heart stopping panic.

I'm sure some of us out there are maybe striving for perfection or care about it.  But who wants to put that pressure on themselves? I put enough pressure on myself to just keep us all alive and hope my kids aren't too messed up after spending 18 years stuck in the same household as me. Perfect is boring anyway. Boring as the parent, and I can't even imagine how boring it would be for the child. Imperfection is what gives our lives variety and entertainment.

Social media sometimes draws us into this whole idea of perfection but it doesn't exist so just embrace the imperfections.  What imperfect parenting moments have you had lately?


Here's some quality imperfect moments. Some pretty comical ones. 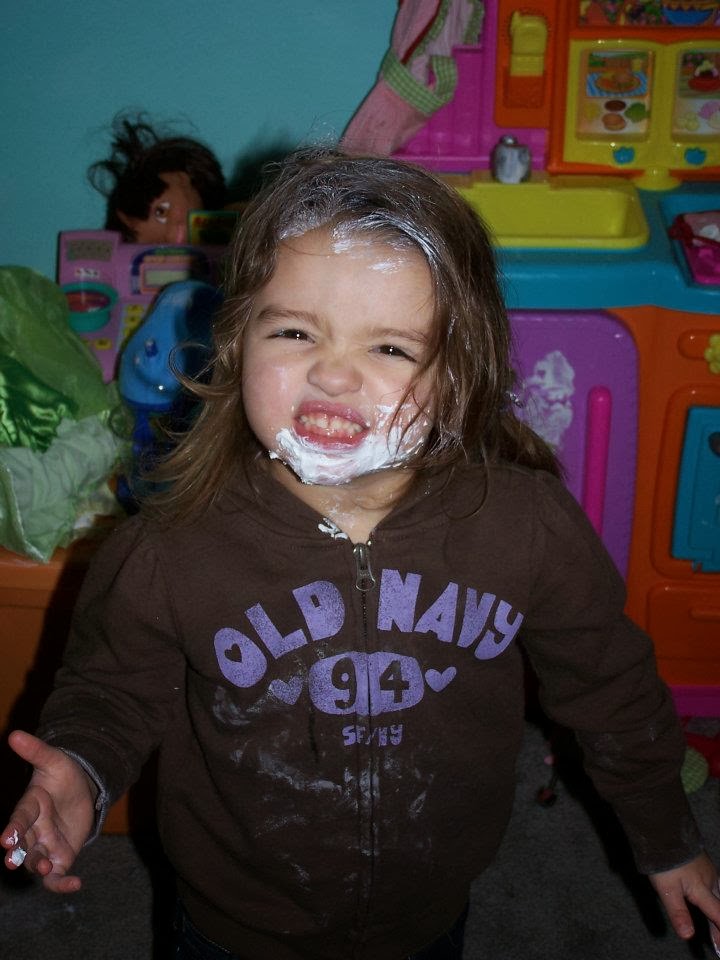 Putting diaper cream on her head and chin like daddy. 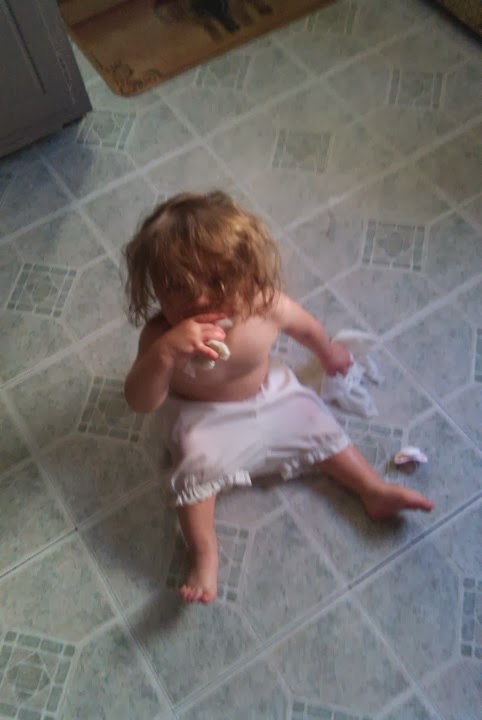 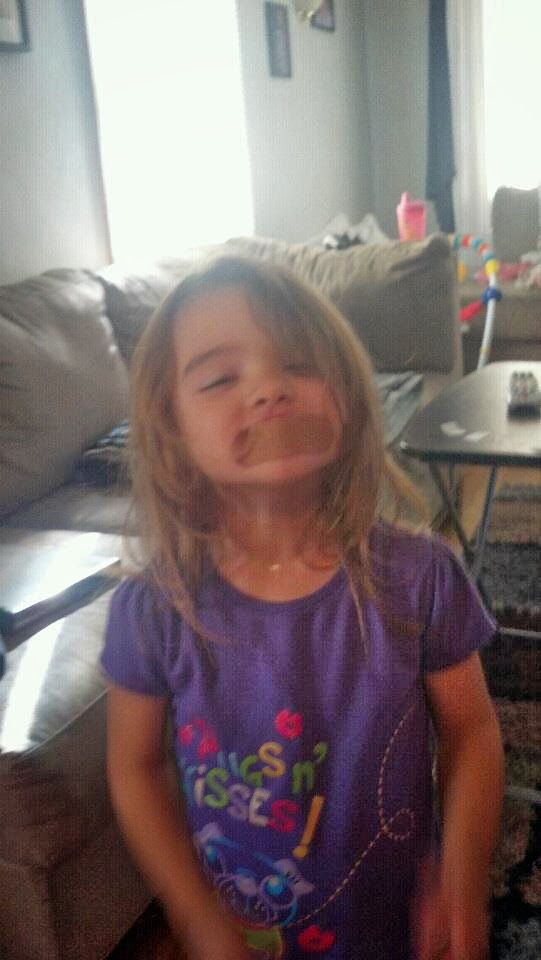 She did this to herself. I swear. 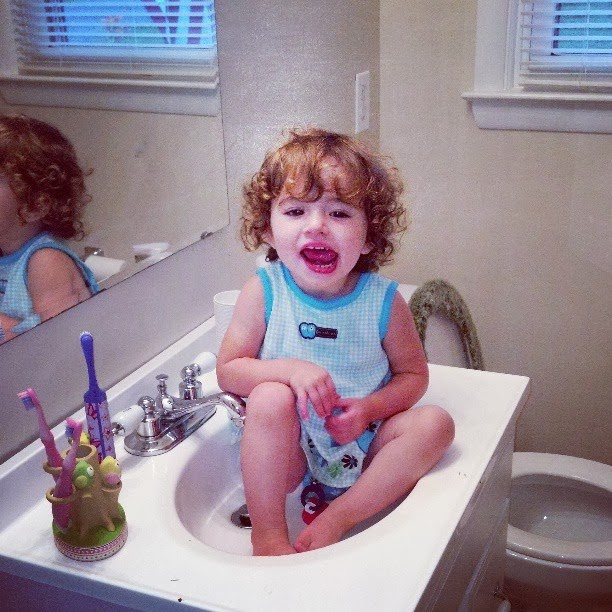 Um. Obviously a not paying attention moment but hey at least I didn't find her in the toilet. 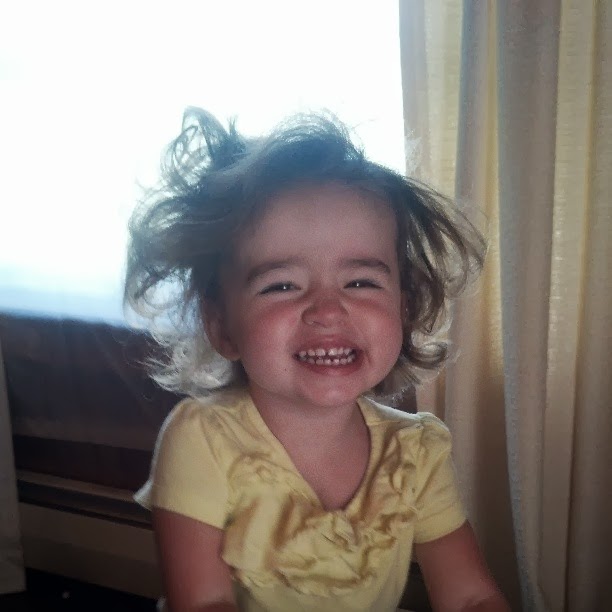 Sissy was just trying to fix my hair again. 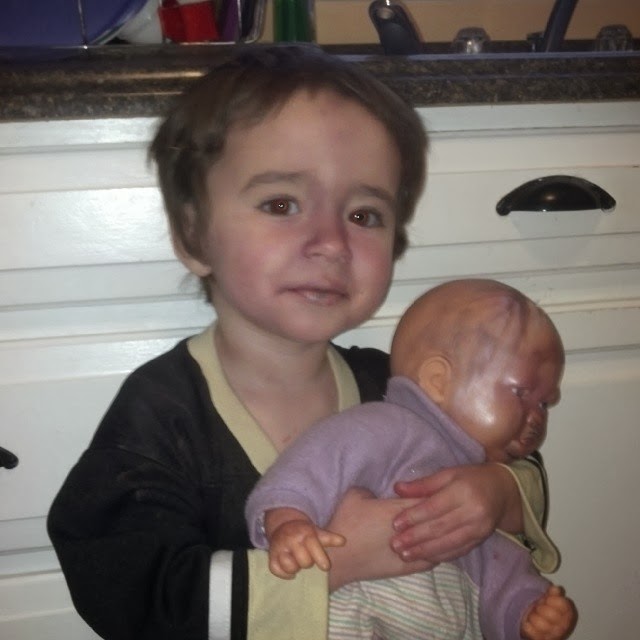 Look, Mommy, sissy cut my hair and gave me and baby a make over 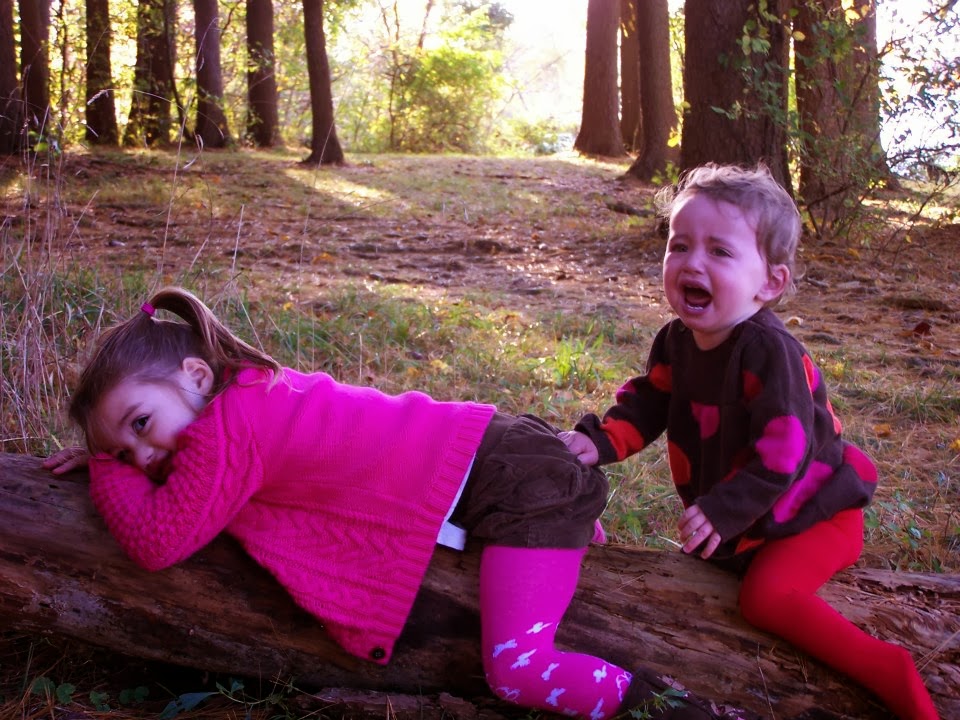 The sibling torture of taking photos together.

Be sure to check out any recent posts you've missed

Our Letter to Our Averiella

Posted by Stepping into Motherhood at 9:23 PM