I am packed. Eight years into eight boxes. My last week starts tomorrow in the school I have spent eight out of ten years of my career. Even though I am excited about change and getting to experience a new school environment and culture I find myself a little sad to be moving on. There are a few students  I know that will still be there that I will miss seeing graduate next year, and there are freshmen and sophomores I won't get to see through on their high school journey, but as a teacher your students are always move on so like any job when it's time to move on it's the people you leave behind that brings the sadness.

Working relationships are always interesting relationships. We spend the majority of our day five days a week with those we work with. In all honesty I thought for a long time that part of professionalism was keeping my work life seperate from my personal. Especially since I was kind of the black sheep. Most of my female coworkers are Catholic raised school girls who were more the morally superior kind rather than the rebel without a cause kind. My mother tried once to make me a Catholic, but that failed about as much as making me a girly girl. They were more the teacher's pet kind; whereas,I spent my high school days trying to figure out how to best terrorize our aging gym teacher. Sorry, Mrs. Shepard.

However, for whatever reason, they wanted to pull me into their circle of friendship. The interesting thing about work friendships is because you spend almost every day together, overtime you tend to see the good and bad about each other. I've spent a lot of time with women, first as one of three girls, second I spent five years working in the daycare field which is dominated by women, and now as part of an English department which up until this year has been almost all women. Women are interesting creatures to say the least. We are highly emotional, can be fiercely competitive, and rather than confront our disagreements and disappointments with one another we'd much rather deal with it in hurtful and unproductive ways so I'd say we're a stubborn bunch too. So in the working woman's environment you discover all the little ways you can annoy and drive each other crazy. Like good friends or sisters you also know how to push each other's buttons.

There are four of us that remind me of our own group of sisters, and after so many years together I think we love and fight like sisters at times. There's Becky, which is the oldest sister. She's always leading, guiding, taking care of things and the others. As a friend she's the one I've known the longest. We both started at my school at the same time eight years ago. She's from the Midwest like me. I love how we share this understanding of the difference between life in the Midwest and life here on the East Coast. We'd spend the first half our breaks texting each other about where we were  on our route back west.  She was not a Catholic school girl but is a good girl through and through.

I would probably be considered the second. Again I was probably the black sheep. I like to drink, definitely had my fair share of party days and bad decisions, and have never been a big rule follower or people pleaser. I would still say around them I'm probably the quietest one.

Then there's Sarah. She's your middle sister mediator or as we call it in my real family the perfect one. She's been a part of the group for only four or five years, but she's the easiest one to get along with. She reminds me of my own real life middle sister. Laid back and about impossible to find fault with.

Then there's Emily, the baby. She is the youngest, but her and I have worked together for seven years. We've coached together and were pregnant together (actually her, Sarah, and I all had babies within a nine month span). She's the original Marylander, and like any baby sister that you like to antagonize we occasionally like to throw a few  Midwest vs East Coast jabs at her. She will fiercely defend her home state though. Like my own real life baby sister, she's a people pleaser, always willing to do what others ask, but also easy to antagonize :)

There are many others I will miss. There are three other women that have been in the department since I've been there. They were like the oldest sisters. Two of them are moms. One with grown children and the other with two girls herself around the high school age. Once I entered motherhood they were a wonderful support to me, always offering encouragement and advice as a working mom. The other one left a few months ago but over the years her and I created our own friendship, but through Facebook have been able to stay in touch.

I find work relationships rather fascinating at times because you can't help but to become friends, but there's that blurred line of professional and personal. As I told my one coworker "sister" now we can just be friends. We don't have to have all that other political/professional stuff mixed in there somewhere. I will miss the comfortably and familiarity of seeing their faces and chatting with them everyday, but I'm looking forward to being "just" friends.

Just as I flew the nest once before (fitting right, Eagles?) when I left my childhood home and my real family, I'm a little sad for what is being left behind but excited for what waits on the horizon. Just as I learned before, friendships that are true will last the change.

So long, OM, you'll always have a fond place in my heart as there were many memories and relationships made in these eight years. I wish you all the best. 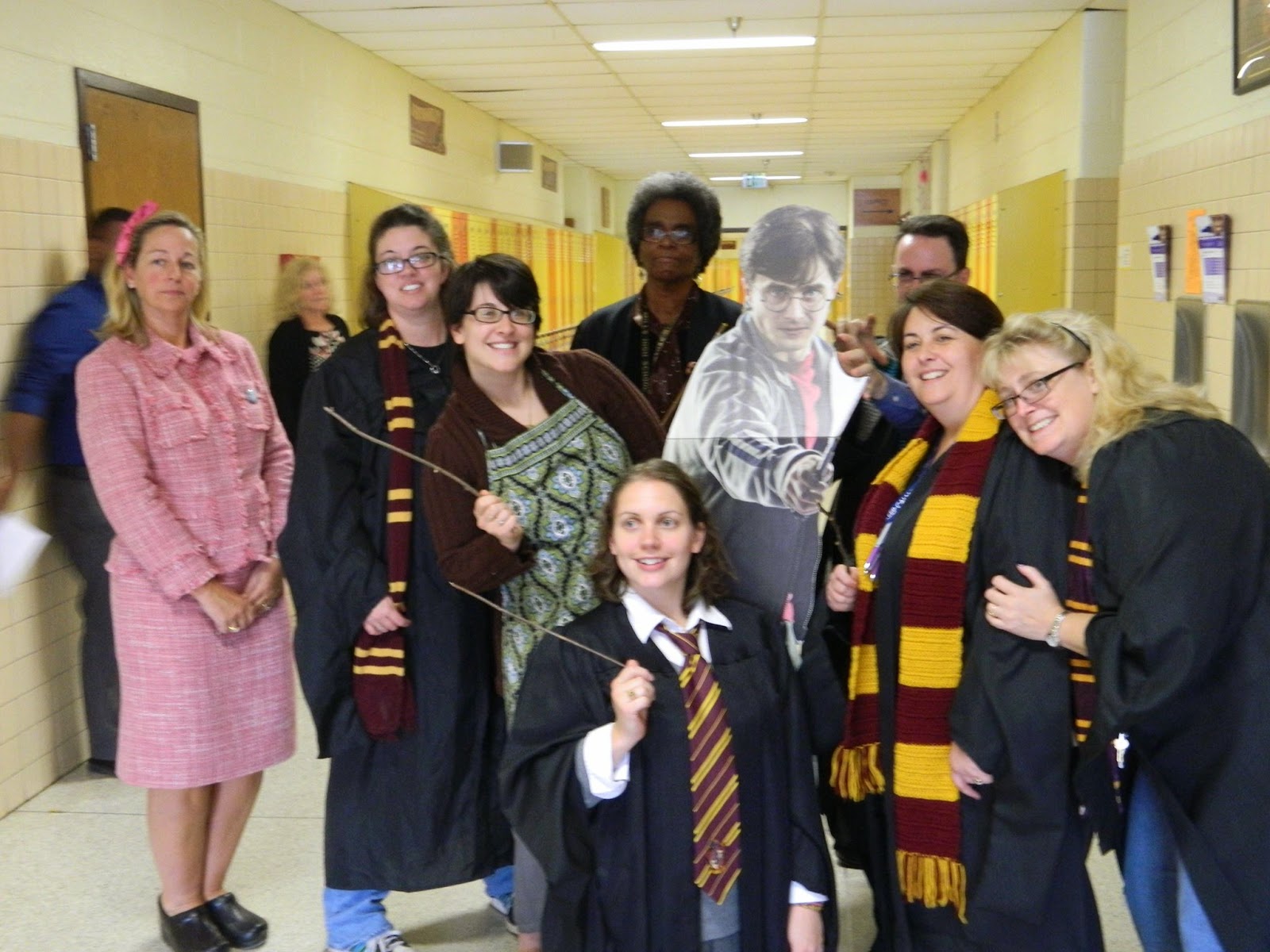 One of the few pics of the whole female part of the department with rookie Bob in the background.

Picture of the four of us, plus our other sister who moved on two years ago, Mary, with our four kids between us. 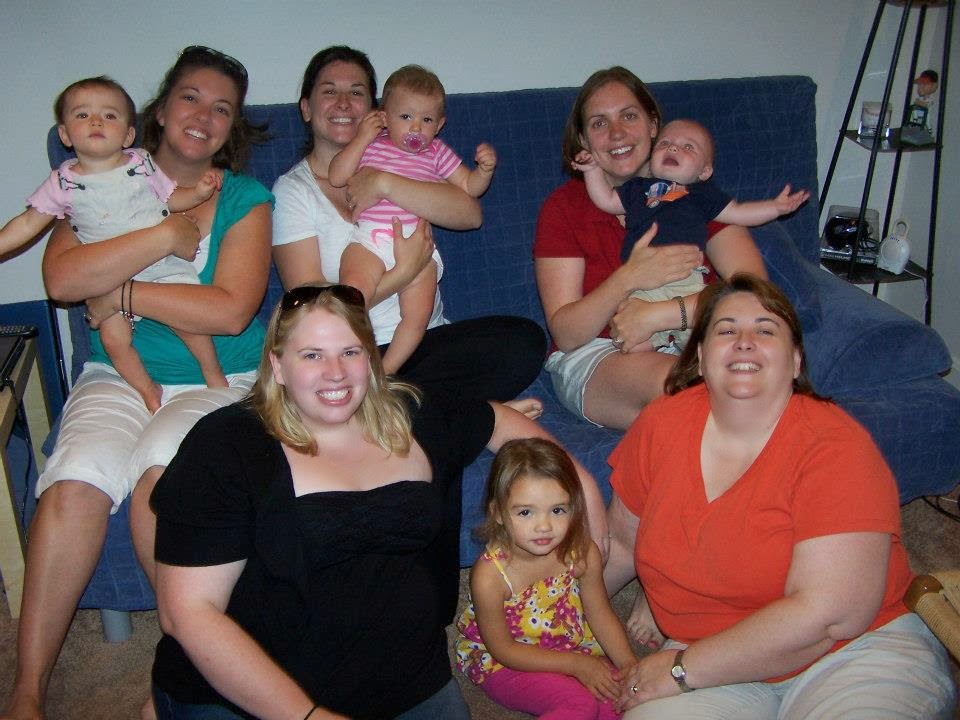 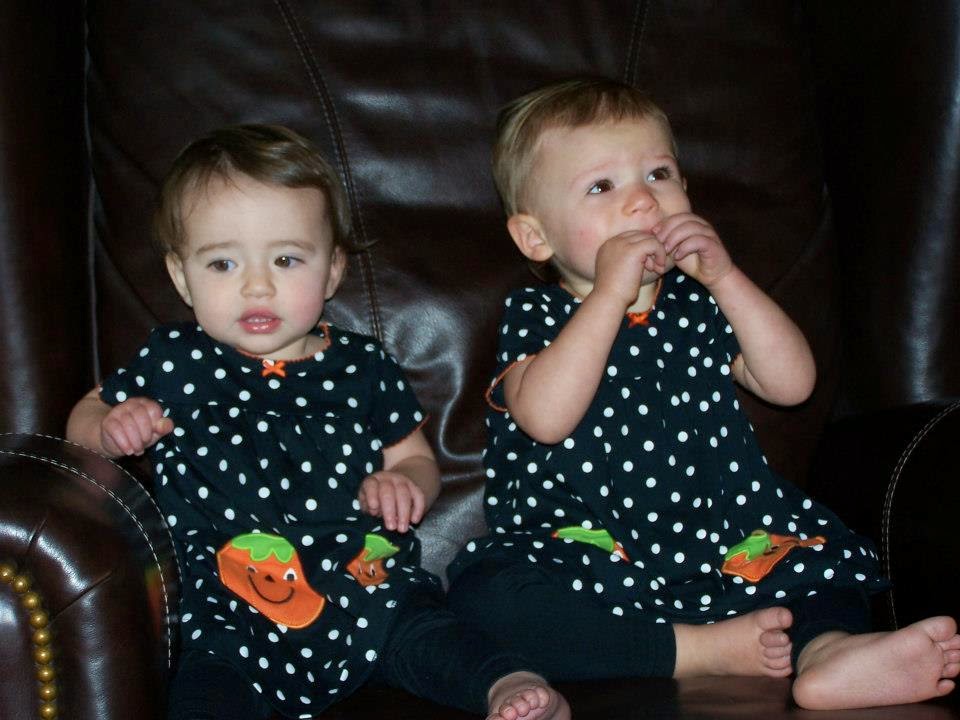 Now pics of the kids because well they're way cuter than us! :) 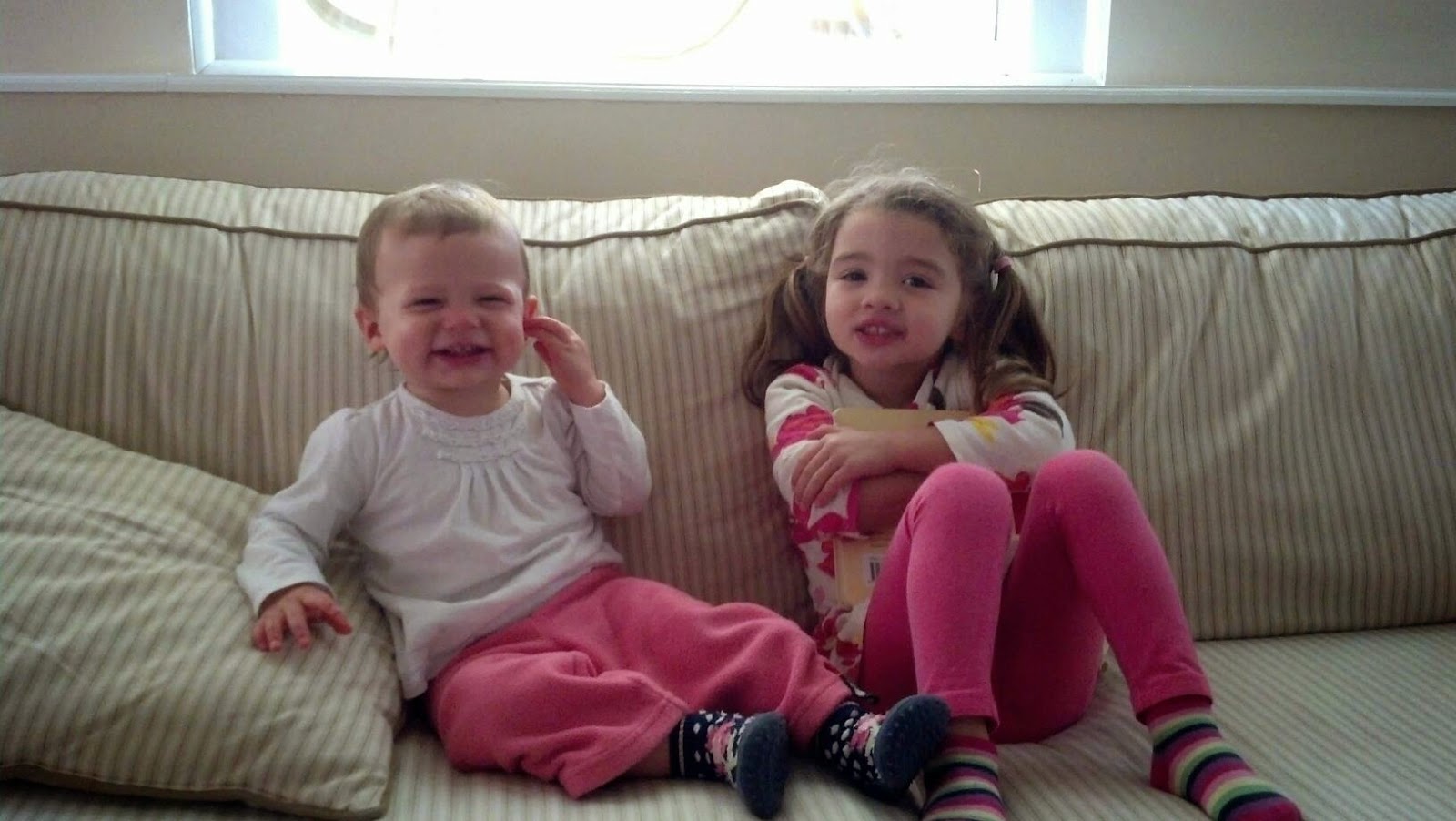 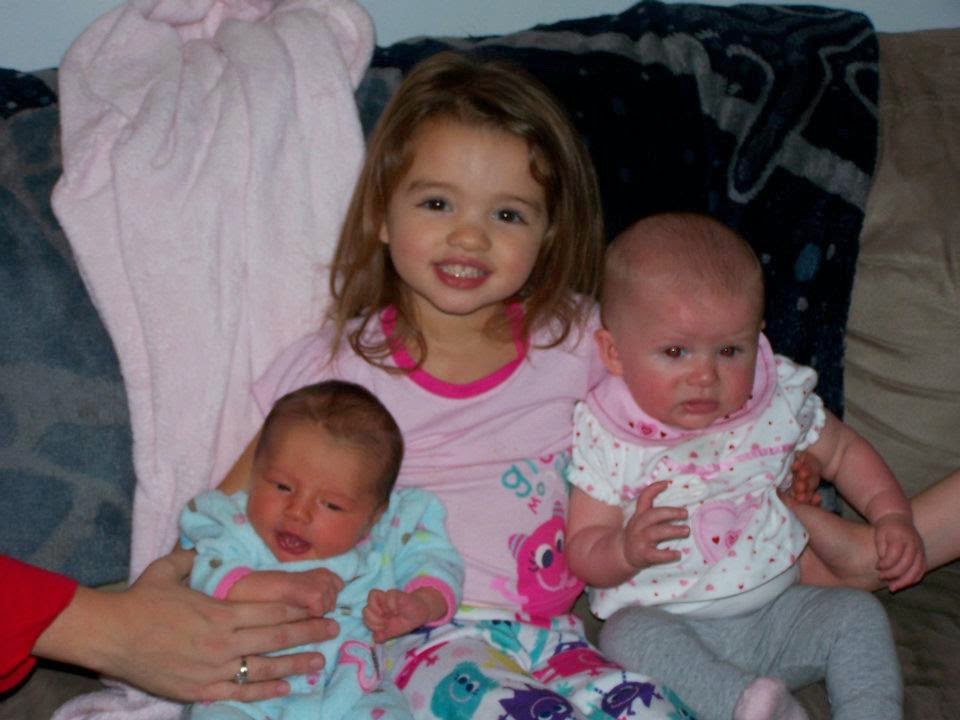 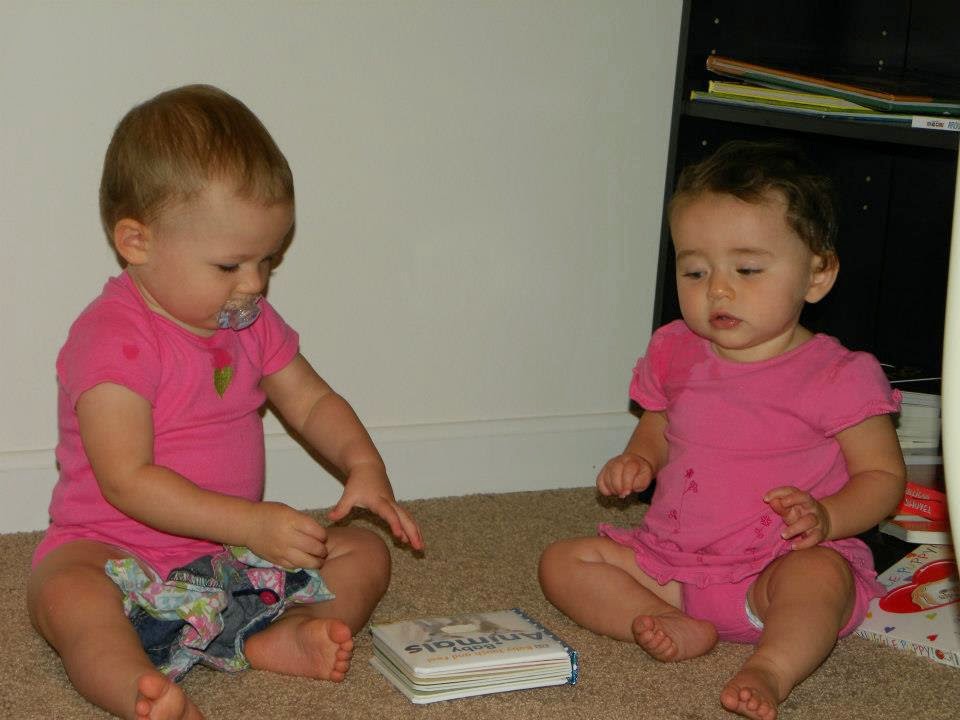 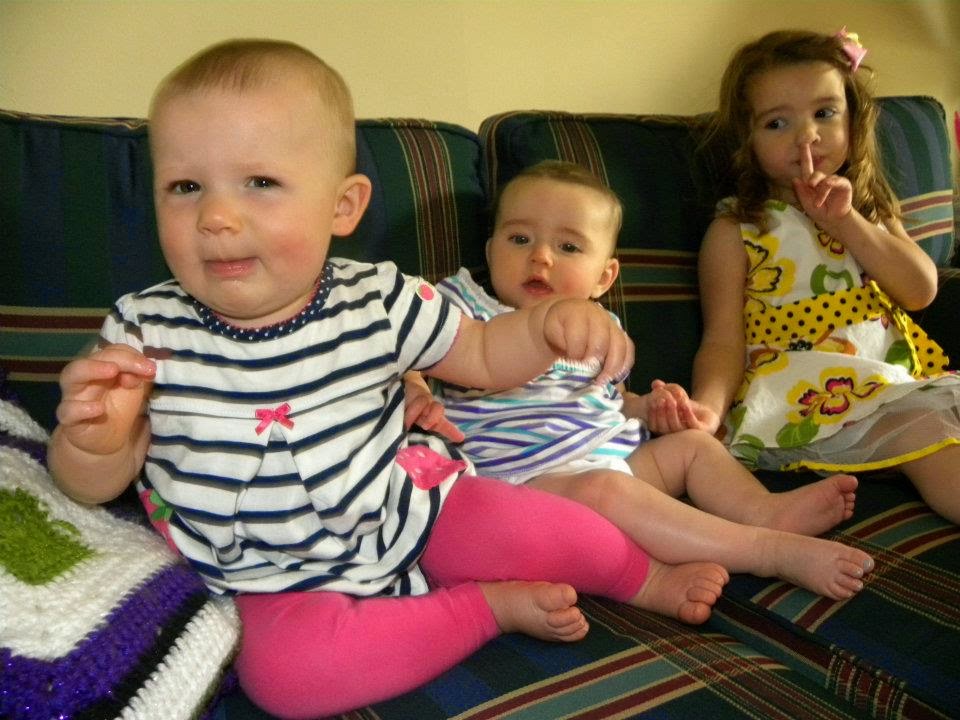 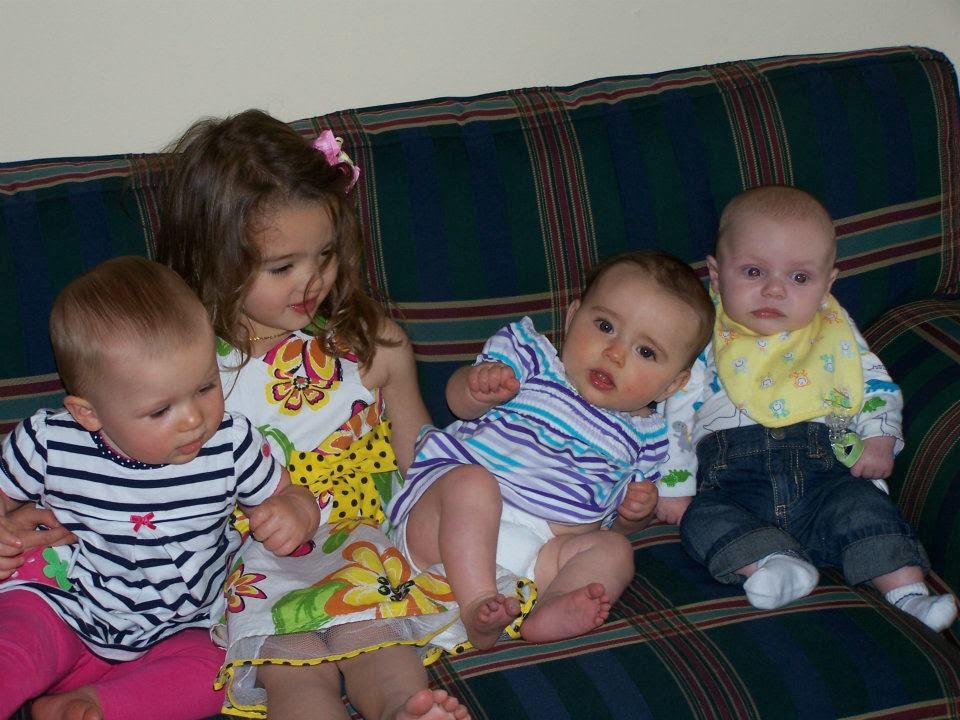 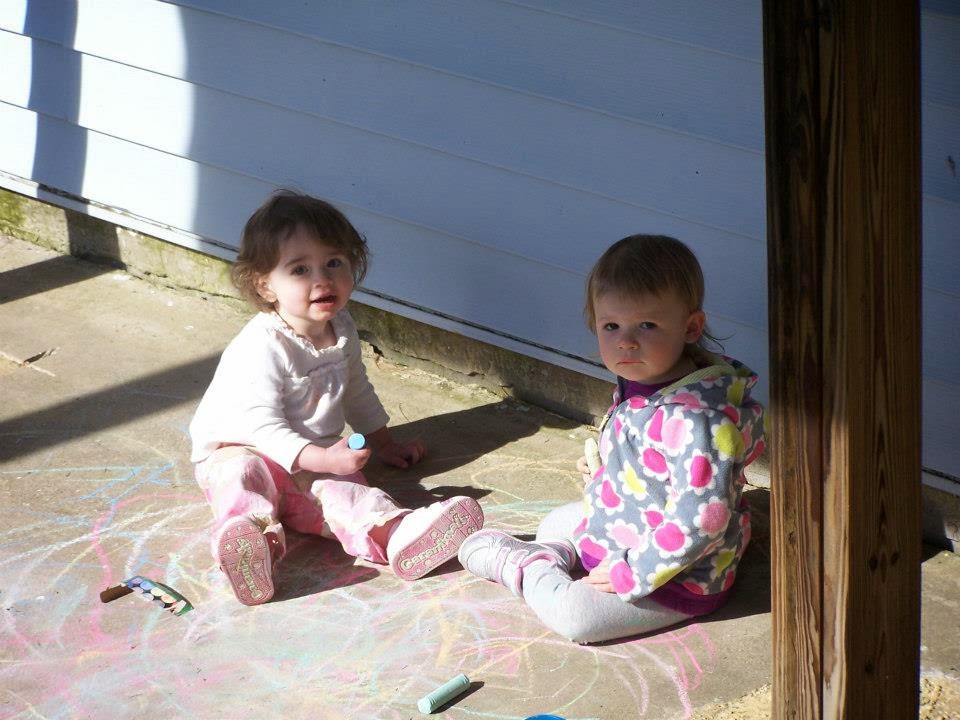 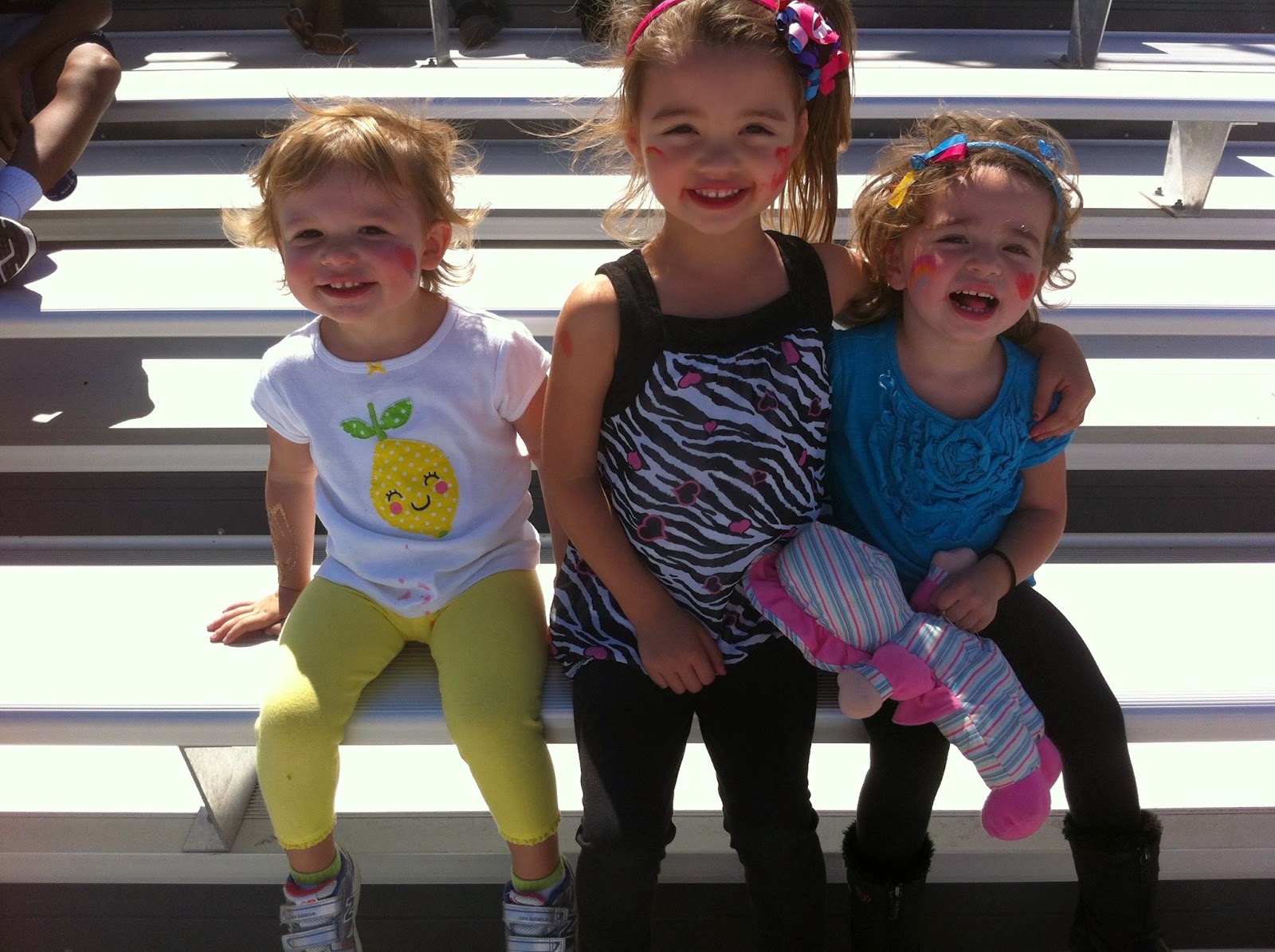 Posted by Stepping into Motherhood at 9:47 AM